I was 61 years old when I was diagnosed with stage 3 bowel cancer.

In April 2016, I read an article in the Daily Mail entitled ‘Is it piles or something sinister?’ This article detailed how people confuse the symptoms of haemorrhoids for those of bowel cancer and after reading this article several times, I kept thinking about how the symptoms actually applied to me.
The article said that people dismiss rectal bleeding as a symptom of piles. I didn’t realise that blood in my stools was a sign of bowel cancer because until I read the Daily Mail article, I knew absolutely nothing about this disease.

I made an appointment to see my GP and told him that I’d had blood in my stools for about 2-3 months. He told me later during a telephone consultation that as soon as I told him how long I’d been having symptoms for, he knew straight away that I had bowel cancer. He didn’t suggest that I had cancer at the time, probably not wanting to alarm me but also because I had not been examined by the colorectal team at Yeovil Hospital.

During my appointment my GP immediately referred me to Yeovil Hospital for a flexi-sigmoidoscopy. After the procedure, my consultant told me that the news wasn’t good and that I had bowel cancer. I don’t remember anything else about our conversation because I just went into ‘shock’ mode. The rest of the day was a complete haze.

Over the next few weeks I had a CT scan and an MRI scan to determine the size and location of my tumour. The scans revealed that there were strands leading from tumour.

Waiting to start my treatment was the most anxious time because I had no knowledge or understanding of whether my tumour was growing or spreading to other organs or different parts of my body – I had no idea what was happening to me internally. As soon as my treatment started I relaxed straight away because I knew that my tumour was being ‘zapped’ by the radiotherapy! In July 2016 I began a course of chemotherapy and radiotherapy which lasted six weeks.

For my chemotherapy treatment, I had to take eight large tablets a day. The radiotherapy would shrink the tumour and reduce the strands which would make surgery more successful.

I travelled to Musgrove Hospital, Taunton five times a week for daily radiotherapy. The side effects of the chemo were mild at first but became more intense towards the end of August. Once the medication was out of my system I underwent colorectal surgery and my consultant, who had originally diagnosed my cancer, successfully removed my tumour. My surgery lasted approximately five hours – I awoke to be surrounded by my family, which was a wonderful feeling.

I also had a stoma fitted during this procedure in November 2016. I was all ‘fingers and thumbs’ at the start but the stoma team made sure I was able to measure and fit a new stoma pouch before leaving hospital. I went home twelve days after my surgery having had all the care and support that I could have wished for.

The results of a biopsy after my surgery indicated that there were cancer cells prevalent in some lymph nodes. This meant that I had to have a six-month course of chemotherapy treatment to ensure all cancer cells were destroyed. In January 2017 I had a PICC line inserted into my left arm. This was a very thin tube fed through my vein towards my heart which would be where my chemo meds would be given every three weeks. I would also have a ‘pump’ attached to my PICC line over a 48-hour period to feed me with slow release chemotherapy.

My surgery lasted approximately five hours – I awoke to be surrounded by my family, which was a wonderful feeling.

I can only describe the side effects during this time as horrendous. I developed a sensitivity to cold, breathing difficulties, mouth ulcers, nose bleeds, rashes, hair loss, difficulty in swallowing and tingling/numbness in my fingers and in my feet. I was in a ‘catch 22’ scenario because I needed to have chemotherapy to clear my body of cancer, so I had no choice but to endure the side effects which became more and more intense during my ten treatment cycles.

Once I completed my treatment, I had another CT scan to make sure all the cancer was gone and exactly fifteen months from the date of my diagnosis, in July 2017 I was given the all clear by my doctor. I was completely elated and relieved to have come through my treatment and almost reached the end of my journey!

My stoma was successfully reversed almost ten months after my surgery in September 2017. I wasn’t nervous about this, as I had been given all the information I needed and had all my questions answered by my consultant, Nader Francis. I hoped that my bowel function would return to as normal as possible. The size of my tumour was 4cm so only a small section of my colon had been removed.

It was a strange feeling not having a stoma anymore and yet exciting knowing that I had reached the end of my cancer journey. Living with a stoma was a pleasant experience for me – I understood why I needed to have my stoma and I realised how important my stoma was in relation to my recovery. I didn’t think of my stoma as an inconvenience but more of a temporary necessity.

I often found the ‘activities’ of my stoma very amusing at times! It would make strange noises and gurgle at the most inconvenient times! I felt completely relaxed with having a stoma and talked openly to my family, friends and medical staff without feeling embarrassed.

A few days after my reversal I began to worry about the likelihood of cancer returning. This anxiety had been on my mind from the time that I had completed my treatment. A week after my reversal I had an appointment with the lead colorectal nurse who advised me of a five-year plan to monitor my health in the form of CT scans, colonoscopies and blood tests. This was such an important appointment for me because I immediately stopped worrying about the cancer returning and was able to ‘get on with my life’.

I was so very fortunate to have received such great care and support during my cancer journey and I had learnt so much about bowel cancer. In February 2018 I became a volunteer for Bowel Cancer UK. I was so proud to become a member of such an amazing and friendly organisation.

Part of my role is to raise awareness of bowel cancer to all ages by talking to people in the workplace and highlight the symptoms, risks and prevention of bowel cancer. I have met some wonderful people and found my role so very rewarding - to talk about all aspects of bowel cancer, to share my cancer journey and to hear how people have been affected by bowel cancer.

My life changed dramatically on 25th April 2016, the day that I was diagnosed but now, nearly three years on:

– living beyond bowel cancer has changed my life in such a positive way.

– living beyond bowel cancer has created so many exciting opportunities for me. 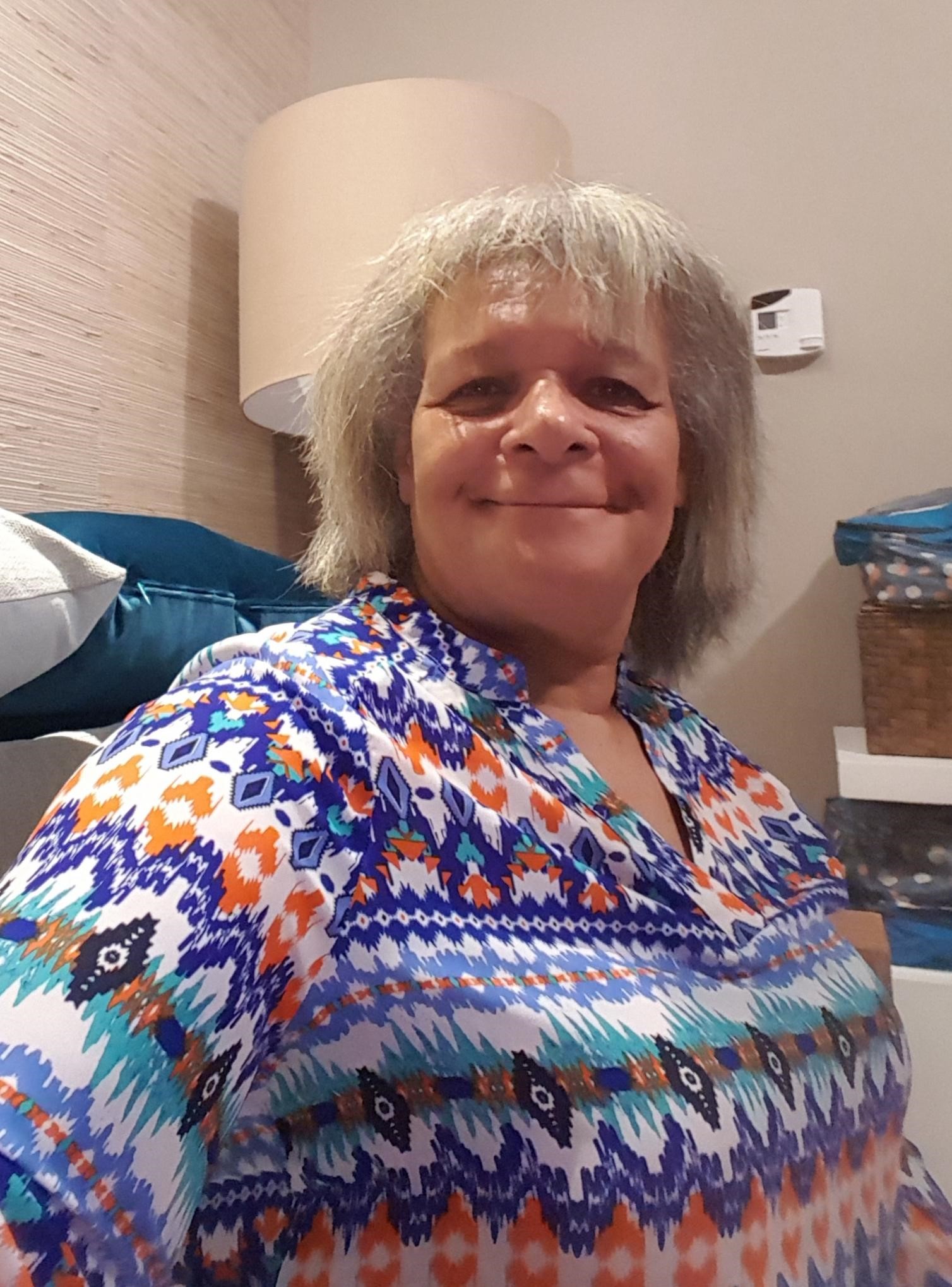 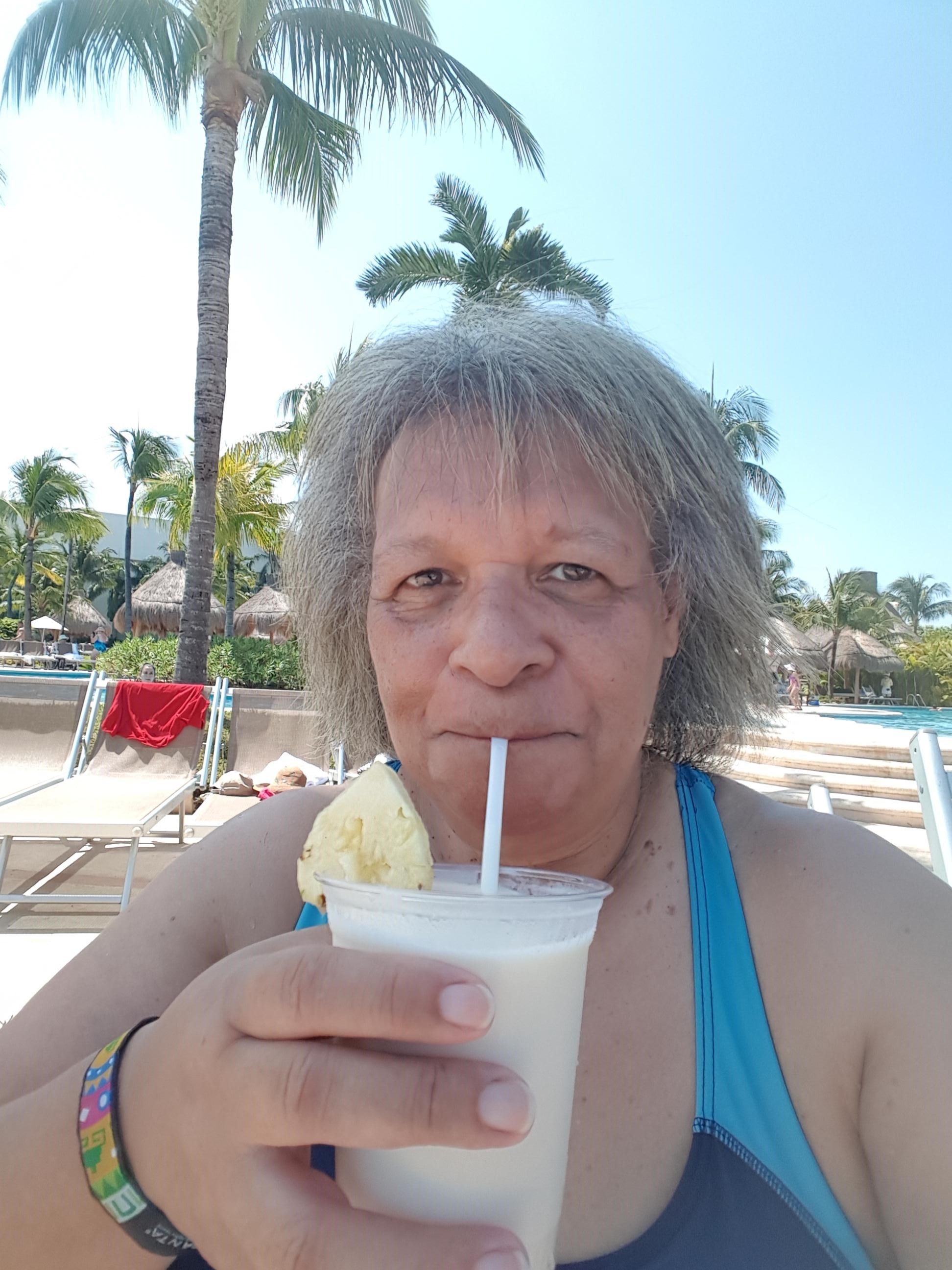