I was diagnosed with advanced bowel cancer in 2014, at 46 years old with an eight year old son. Following numerous treatments, including self-funded immunotherapy, I have had no evidence of disease since February 2018.

Commencing pre-operative adjuvant therapy of chemo and radiotherapy, I rapidly deteriorated from being an independent mother, working full time, and managing a high profile NHS commissioning nursing service, to becoming completely dependent on my husband. During this time I was frequently hospitalised due to dehydrating from diarrhoea and vomiting. Furthermore, I suffered severe rectal pain, resulting in a diamorphine infusion for six weeks.

Prior to bowel surgery, a review CT scan identified liver metastasis which require a resection. Following my bowel surgery, I had a PET scan in preparation for the liver resection. This unfortunately identified metastasis throughout my lymph system. I was, therefore, unable to have the liver surgery and assessed as being palliative. Discussions became centred on place of death, making a will and preparing our son for what looked to be my impending death. This was 2014, which meant that there were no other options other than fortnightly chemotherapy for the rest of my life or until it stopped working.

The stress and anxiety of living with a life limiting illness is very difficult to put into words that do it justice. The heightened level of anxiety affects your whole life and those closest to you. It constantly bears down on you. My condition was also robbing me of living an active life and contributing to society.

Demoralising and degrading is an understatement. I was stripped of my identity. My family's whole lives were turned upside down during that palliative conversation.

My fortnightly chemotherapy rapid 'poisonings' and slow recoveries dominated our lives. During some weeks, I would need to visit the hospital on four different occasions.

My husband tried initially to continue working but he was overwhelmed with the fear he would return home one night to find me dead. I also debilitated rapidly during the chemotherapy and therefore he had to give up his management NHS job to be able to care for me. We lost 75% of our income from our combined jobs, but at least had pensions to fall back on. The impact of this spills into all aspects of life. We had to financially plan very carefully what we could prioritise, including my son's education. In order for me to remain living in our family home, we also needed to make some major alterations to enable me to be able to live on one level during my sickest times. Depleting savings added further to our stress levels.

One of the chemotherapies was a targeted drug, oxaliplatin, and whilst it stabilised tumour growth, it caused me severe peripheral neuropathy. Affecting my mobility, fine dexterity and balance. At my worse, for several months, I became wheelchair dependent, needing assistance with all activities of daily living including; washing, dressing, cutting up my food and mobility. Our home became a hive of activity of community services staff. District nurses, physiotherapists and occupational therapists were frequently invading our private space to provide care.

Personally, it was a grieving process for the life I had lived simply and treasured. I mourned for my past. I was alive but not really living. Being unable to create happy memories for my son and husband. I missed so many of my son's childhood activities too, due to the debilitating side effects. I was too weak to stand on a rugby touchline cheering his team on. The cold wind affected my speech and swallowing, so watching his rugby matches became a distant memory.

Sports days, school plays and parents evenings became significant risks, given I was immuno-suppressed. I became the 'absent parent'. Slowly deteriorating during the relentless chemotherapy cycles.

Nausea was a real challenge, but through my husband's research we found that fasting around the time of the chemotherapy cycles helped mitigate this. However, due to the chemotherapy infusion lasting 48 hours, it meant that I had to fast for four days every fortnight. This was an enormous undertaking, but I coped with it and felt better able to go on. Our whole lives revolved the chemo cycles. It was an existence. My husband had to become a single parent to our son. Chemotherapy robbed our son of his young childhood and my husband of his wife.

I promised my husband and son that I would never give up while treatments showed promise, but to carry on was a huge daunting daily burden. In my darkest moments, all I wanted was my end to come quickly and cleanly, but I knew I couldn't break my promise to those I loved. We clung together as a family, cast adrift and waiting for the next storm which might be the one to finish me.

Some of the conversations I had to have with our young son in preparing him for a life without his mum were heart wrenching and something no child should have to experience. The chemotherapy regime was only holding off the inevitable and allowing little normality or hope for at least some good times.

Living through over three years of fortnightly chemotherapy is an immense roller coaster of emotions. Together with the three months surveillance scans, it rendered our lives into constant vigils looking for the next signs of my doom. We were unable to plan more than a few days ahead. Holiday insurance was an impossibility and left us no choice but to travel somewhere accessible risking no insurance.

In July 2017, the inevitable happened. The chemotherapy had finally become less effective. My metastasis were growing and spreading. There are various chemotherapy combinations available on the NHS. Unfortunately not all are tolerated and all stop being effected at some point as the cancer mutates. Tolerating the fortnightly chemotherapy regime is very debilitating both physically and mentally. The risk of permanent peripheral neuropathic damage is high, resulting in a disability. It has also resulted in portal hypertension, which is life limiting.

By 2017, through our personal research, I knew I was MSI High and that Pembrolizumab had been proven effective against this rare sub-type of colorectal cancer. Cruelly, this lifeline was not however available on the NHS at the time and we could not afford the significant cost of a full course of treatment. My oncologist had previously considered applying on my behalf for one of the few a Pembrolizumab trials, but I could not meet all the strict criteria. Therefore, we approached our local NHS commission group and my oncologist applied for an Individual Funding Request (IFR). When this was declined, we wrote to NHS England and NICE (National Institute for Health and Care Excellence).

Further rejection replies resulted in us convincing our local MP to raise my funding request refusal at Prime Ministers Questions (PMQs). These increasingly desperate attempts to secure funding were some of the most depressing and anxious times, when I was already weak from fighting the disease. It felt that no one above the hospital level was prepared to help me.

Time was fast running out for me and the remaining option was for me to try and raise the money through crowd funding. We had never asked anyone for financial help, so this did not initially sit easy with us.

For the fundraising to be a successful campaign, my husband put in countless of hours into publicity, creating a website, attracting media attention, leaflet drops and numerous fundraising opportunities. It took a toll on us, but the payback in support, love and hope was immense.

It offset how a price had been put on my life, which I estimated at £260 a day for the immunotherapy. The cost of giving me the opportunity to extend my life, so I could continue being a mum, a wife, a daughter and sister. Physically and emotionally the fundraising was almost as hard on us as my treatments. 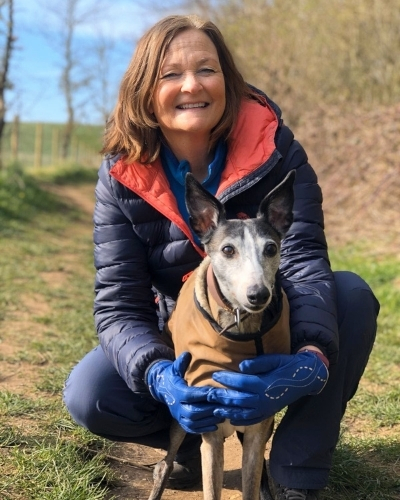