A few months prior to my diagnosis, occasionally I noticed some rectal bleeding and one point I fainted, but there weren't any obvious symptoms of bowel cancer. I spoke to my GP who reassured me it was haemorrhoids and I didn't have any further treatment.

After submitting a routine bowel cancer screening test in July, I was referred for a colonoscopy where a tumour was discovered. I had surgery in September, followed by four cycles of chemotherapy. The side effects weren't too bad but I did have peripheral neuropathy, and they delayed my last cycle and reduced the strength to help with the nausea and vomiting.

I finished treatment at the start of lockdown, which was fortunate and made it easier to regain health and strength at home. The summer was all the more welcome as life outside gradually returned to some kind of normality.

My advice would be don't ignore the bowel cancer screening tests. I would also like to express my gratitude to the colorectal cancer team at the Birmingham University Hospital trust who were magnificent, supportive, and didn't let any time pass before dealing with the surgery. They have also followed up with calls and blood tests during the lockdown to check my recovery. My latest colonoscopy indicated that things were looking very reassuring. The Queen Elizabeth hospital where I had my operation is (almost) within walking distance, so I see it as a shining beacon when I go out in that direction, and have nothing but admiration for those who work there.

I also should express huge appreciation to friends and close family who have kept me afloat, in spite of their own worries, and to the Helping Hands Carers who came to the house during and after my operation to help with my husband as well. 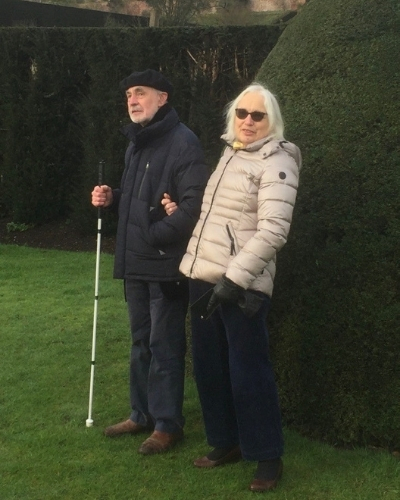