As I live in Scotland, I was sent the bowel screening test when I turned 50 years old. I’m ashamed to say that I binned it. I didn’t have any symptoms of bowel cancer and considered myself quite fit as I cycled, climbed Munros and ran regularly. I didn’t think cancer would apply to me.

Two years later, I received another screening test. This time I didn’t bin it straight away, but kept it aside. Over a few weeks, my family continued to encourage me to take the test but I was being quite stubborn about it. However, I eventually gave in and completed it. A short time later, I received a letter asking me to retake the test, which I did.

I received another letter, but this time explaining that they had found minor traces of blood in my poo and that I needed to attend a colonoscopy. I was shocked to say the least.

The colonoscopy went fine as I was sedated, but the worst part of it was the prep beforehand. That was quite uncomfortable. After the procedure the consultant took me into his office and explained they had taken a biopsy, but from his experience he was 100% sure the results would be that I had bowel cancer. This left me numb, but luckily I had family with me, as I don’t recall much of what was said to me at that time. Indeed, the support of family and close friends throughout the whole process was exceptional and I am extremely grateful for that.

I had a CT and MRI scan, followed by five weeks of radiotherapy and chemotherapy. Initially I didn’t have any side effects, but towards the end it was tough. I had trouble going to the toilet and my feet occasionally felt like they were on fire, however I just came off the chemo tablets for a few days to ease the pain, which worked well. I did feel quite tired as well.

I then had a three month break from treatment, and in February 2015 I had surgery to remove the irradiated section of bowel, and a temporary ileostomy was fitted. I was fortunate that the radio and chemo had taken care of the tumour. Although the stoma worked fine, I struggled mentally and emotionally with this. I couldn’t get my head round it. It was only when I went to an open day for a stoma company, and heard from professionals and patients that I finally was more accepting of it. I was fortunate that I didn’t have to cope with it for too long as the bowel was healing well and a few months later in November I had the stoma reversed. It was then confirmed that there was no more cancer, but mop up chemo was recommended.

Although the stoma worked fine, I struggled mentally and emotionally with this.

I had six months of this, and the side effects were worse this time round. The fatigue was quite horrendous, and to be honest because I was so fit before my diagnosis, I think this made it worse as I couldn’t do any exercise at all. After the surgery I had a three month break from work, and when I was feeling up to it I made a phased return. Work have been brilliant and supportive throughout my treatment.

At the moment, I’ve got no more cancer in my body and in February 2020 will be my next milestone as I will be five years all clear.

A few years ago, I wanted to give back to society and saw a post on Facebook from the charity asking for volunteers to raise awareness of the disease and the screening/early detection process, as well as highlighting their own experience of the disease in their local community. I signed up straight away and have since given talks in my local area. I’ve also raised money for the charity by taking part in several 10k runs.

If you’ve been sent a bowel screening test in the post, don’t delay in completing it. I didn’t have any symptoms of the disease, and although I knew I wasn’t guaranteed immunity, I did think my fitness levels would help me steer clear of major illness. This can happen to anyone, so my advice is, don’t bury your head in the sand, the sooner you’re diagnosed the quicker treatment can start, and this is when its at its most effective. 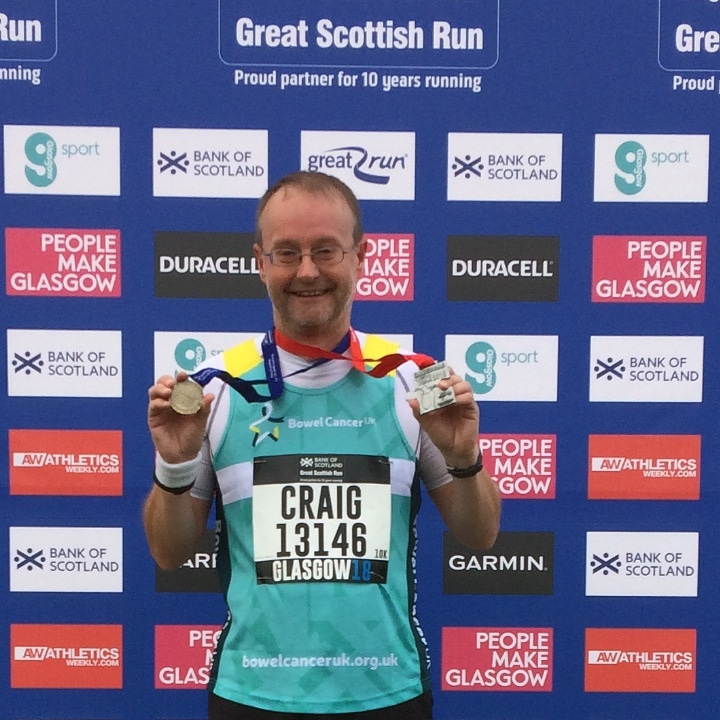 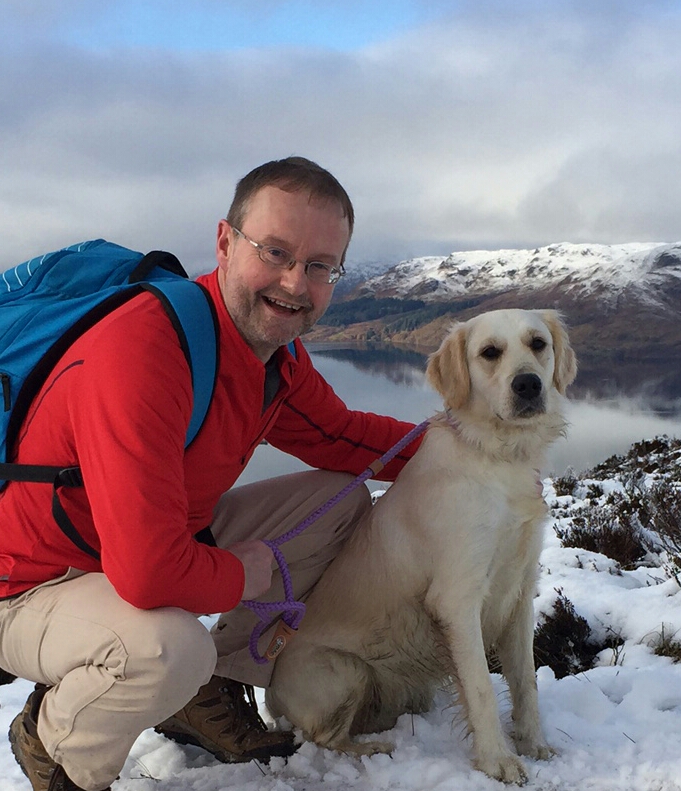