I have had cancer twice – my journey seemed endless. My first diagnosis with bowel cancer, was on Christmas Eve in 2010. The initial shock to the system of this news blew me out of the water and my music production business went down the toilet overnight. By the middle of 2011 I underwent surgery and was told that they had got all the cancer and I would be fine. The problem is I wasn't. My second diagnosis, this time of rectal cancer, in 2014, proved that. Not only did they not get all the cancer first time, it had spread.

Initially, I started preparing myself to die and in doing so, within days I had had a true epiphany – it brought me total clarity on the meaning of my life and in turn, a great spiritual freedom. It wasn't so much a religious experience as a spiritual one. My whole life changed as immediately I loved everyone and everything, I drove at 30 miles an hour in the slow lane of the M1 motorway listening to Rachmaninoff's piano concerto and just let the craziness of everyday motoring insanity pass me by. Rach's music and the new orbit I was spinning in brought me endlessly to tears, I actually loved strangers that passed me by on the street. I could see them, faces to the ground with the tons of negative waste they were carrying through their lives, my empathy and sympathy for them was bigger than I'd ever known before.

A few days later on returning from the school run, I overheard my 12 year old daughter ask her mum: 'Why is Daddy being so nice?' Strangely a huge wave of happiness had come over me and when I explained this to my frantically worried wife she just could not comprehend any reason that lay behind what I was telling her.

I endured chemotherapy and barbaric radiation treatment, which fried my backside each consecutive day for five weeks. This was followed by a massive invasive 12 hour surgery to remove my rectum and even more of my colon. I was then presented with a stoma bag so that I could poop through a hole in my belly.

During surgery they had punctured my gallbladder and unknowingly it had leaked bile into a cavity next to my liver, kidneys and lungs. To add insult to injury I developed sepsis (there were eleven million deaths world-wide from sepsis in 2017) and in turn the bile started killing off my liver, which medics hadn't noticed! After a couple of months at home in my own bed I grew steadily weaker and the night sweats became endless. I woke up several times each night soaking wet and had to dry myself off and change my nightwear.

Eventually my wife had to scream down the phone to someone at the hospital: "He wasn't yellow when I married him!" I ended up back on a ward for the umpteenth time.

The drains that had to be inserted through my rib cage to drain off the poisonous bile had to stay put in there for five months – the excruciating pain of having drains put through your rib cage I can only liken to being stabbed in the chest and the amount of bile initially drained off resembled three or four pints of pea soup.

Sitting with drains coming out of the side of my chest, my stoma bag pooping away on my belly, a bag full of urine hanging between my legs and being hooked up to an antibiotic drip, I looked like one of the sorriest sights for sore eyes. Of course the hospital would never own up to having punctured my gallbladder in the first place. This didn't bother me much at the time because I had a much bigger fish to fry!

I was also left with chemo brain (cancer related cognitive impairment which can last up to five years and longer) and long periods of trauma followed. Eventually, after more surgeries, they put me back together, minus several body parts. My confidence in absolutely everything hit the floor and stayed there for the next couple of years. They don’t offer much in the way of treatment for the trauma – it's up to the individual to source and stabilise their own mental and emotional health, once they have been discharged from hospital.

By the end of 2015 my wife eventually coaxed me out of bed. I resembled a human stick insect, scarred from the centre of my rib cage down to my man tackle – not a pretty sight. Because I'd had a long career of being a music producer and musician, she who must be obeyed gave me orders to 'go and write some music, a song maybe'.

I thought I'd give it a shot and staggered into my studio which had been locked up for over three and a half years. I didn't know if I could even string a cohesive sentence together with the chemo brain and decided that if I couldn't write a decent lyric I'd give the idea up as a bad job. Three weeks later I had written not just a decent lyric but a very good one – the top line melody followed and within six weeks I had a couple of musician friends over to help me record it.

The old process had been a great distraction for me, from endlessly dwelling on the possibility of my imminent demise. I filmed a video of my song 'Pull on the Rope' and sent it to friends. The distraction continued and became a magnificent source of healing for the trauma that I was suffering. That distraction has lasted over four years now and has enabled me to find my voice and become a singer, (something I had never done before), record and produce my debut folk and roots song album, which I named 'Late Bloomer'. It will be officially released in early April 2020.

For an old age pensioner in his early 70s and having had cancer twice over who still looks upon this world and this life as a truly wonderful and extraordinary place to be, it truly is a blessing to be cherished each and every day.

I have a calling to spread the word on cancer awareness through my own back story and this is the first thing I think of every day. I have co-written and produced a special song with John Cameron, (the orchestral conductor and orchestral arranger of Les Miserables). This song, called 'Hole in the Clouds', says everything I want to say to anyone who may find themselves in a similar position as I did not so very long ago or for anyone who just needs an emotional lifting of their spirits.

One in three of us are touched by or diagnosed with cancer each day. I have a close friend who was given only two months to live by the NHS back in 2013. He was only offered palliative care, but with alternative treatments he is as fit as a fiddle today, looking as toned as Mo Farah and running marathons.

You can listen to more of Charles' folk music here. 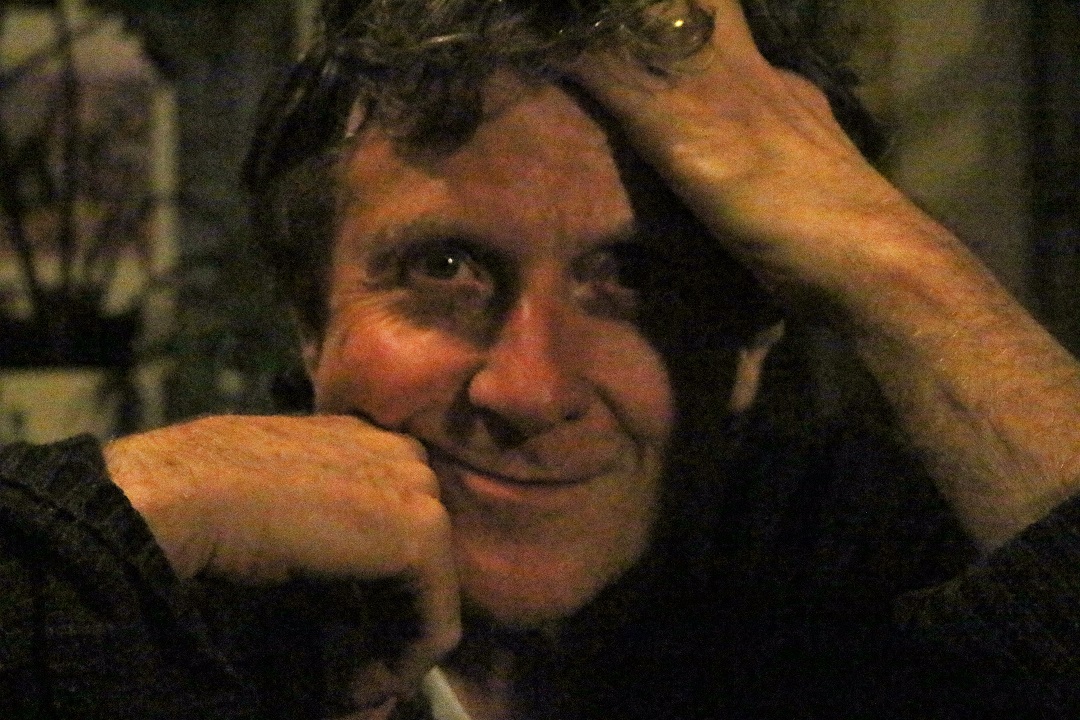