I was diagnosed with stage 2 bowel cancer in January 2008. Before then I’d noticed some changes in my bowel habits. I work for the NHS as a theatre nurse, so one day in between surgeries I spoke to one of my colleagues who is a colorectal surgeon. He asked me about my symptoms and then booked me in for a colonoscopy.

Going in for the colonoscopy can of course make any patient nervous, but I was lucky as I’d been present when more in-depth anaesthetic was needed for patients. Therefore I knew exactly what to expect and that I didn’t need to be afraid of the procedure.

My youngest son came with me to the colonoscopy, as my husband was working offshore at the time. I thought at most it might be some haemorrhoids, the last thing on my mind was a tumour. When the consultant came out to tell us he’d seen a large tumour in the lower descending colon just above the rectum, I felt completely numb. Neither me nor my son could speak.

I was in shock but my biggest concern was how to tell my elderly mother and how to contact my husband, who was not due home for another two months. This at least occupied my mind and stopped me from panicking about my diagnosis.

Fortunately my husband was home by the time I started radiotherapy and chemo. By this time, I’d started to come to terms with the diagnosis, though I partly did this disassociating myself to all the procedures. It felt like it wasn’t happening to me, just someone who looked a lot like me!

I sailed through my first round of treatment. In fact, bar some tiredness, I was feeling so good that I was actually annoyed that I couldn’t be at work.

By May I had my first surgery, a low anterior resection, which left me with a stoma. After this I was advised by the oncologist, to have a further 12 weeks of oral chemo and a few weeks of intravenous chemo. Unfortunately, I had a bad reaction to the first IV infusion, so this was discontinued and I went on with just the oral therapy.

I was booked in for an ileostomy reversal in October, once my treatment was done. However, before then I was determined to keep things business as usual. I even managed to attend a wedding in Nova Scotia and be right by my middle son’s side when also he got married a few weeks later – I did this all whilst on oral chemo (you can’t keep a good girl down!).

Being a patient was a bit of an odd experience for me! However my colleagues who looked after me were amazing and I always knew I was getting the best care possible. At times I did need to practice patience, especially when the students were changing my dressings, as being a theatre nurse, I was a bit critical of their technique!

The whole experience also reminded me just how important it is to give information to all stages of the procedure during a hospital journey. As well as how crucial it is to involve relatives, as they are often more anxious than the patient. To be honest, I didn’t really understand how much my illness affected my husband and our children until so much later. I was to an extent quite self-centred.

Once I was out of treatment and into recovery, I decided to volunteer for Bowel Cancer UK. It felt like a great way to return the favour that was having my life back. I wanted to use my experience to help other people. If I had understood the symptoms of bowel cancer, I could have been treated so much sooner. I may have worked in the NHS, but this doesn’t mean I knew of and understood the signs and symptoms. That’s why it’s so important to get out there and raise awareness.

It was through my volunteering that I discovered that sometimes there can be a genetic link to bowel cancer. I was totally unaware of this. My family have been devastated by cancer. My mother’s siblings all died of various cancers and one of my cousins had already been treated for bowel cancer. After plotting out a family tree to see if there were any instances of bowel cancer further back. I requested to be tested for Lynch syndrome. The result came back positive.

Other members of my family have also now been tested, with a few results also coming back positive. Of my sons, only my middle son has had the test (he doesn’t have Lynch syndrome), at the moment my other two boys don’t want to be tested.

Since my diagnosis of Lynch syndrome, I’ve had only one colonoscopy. This is because until recently, I was unaware that I needed regular testing as someone who has a history of bowel cancer and Lynch syndrome. So I’m now awaiting my next appointments. 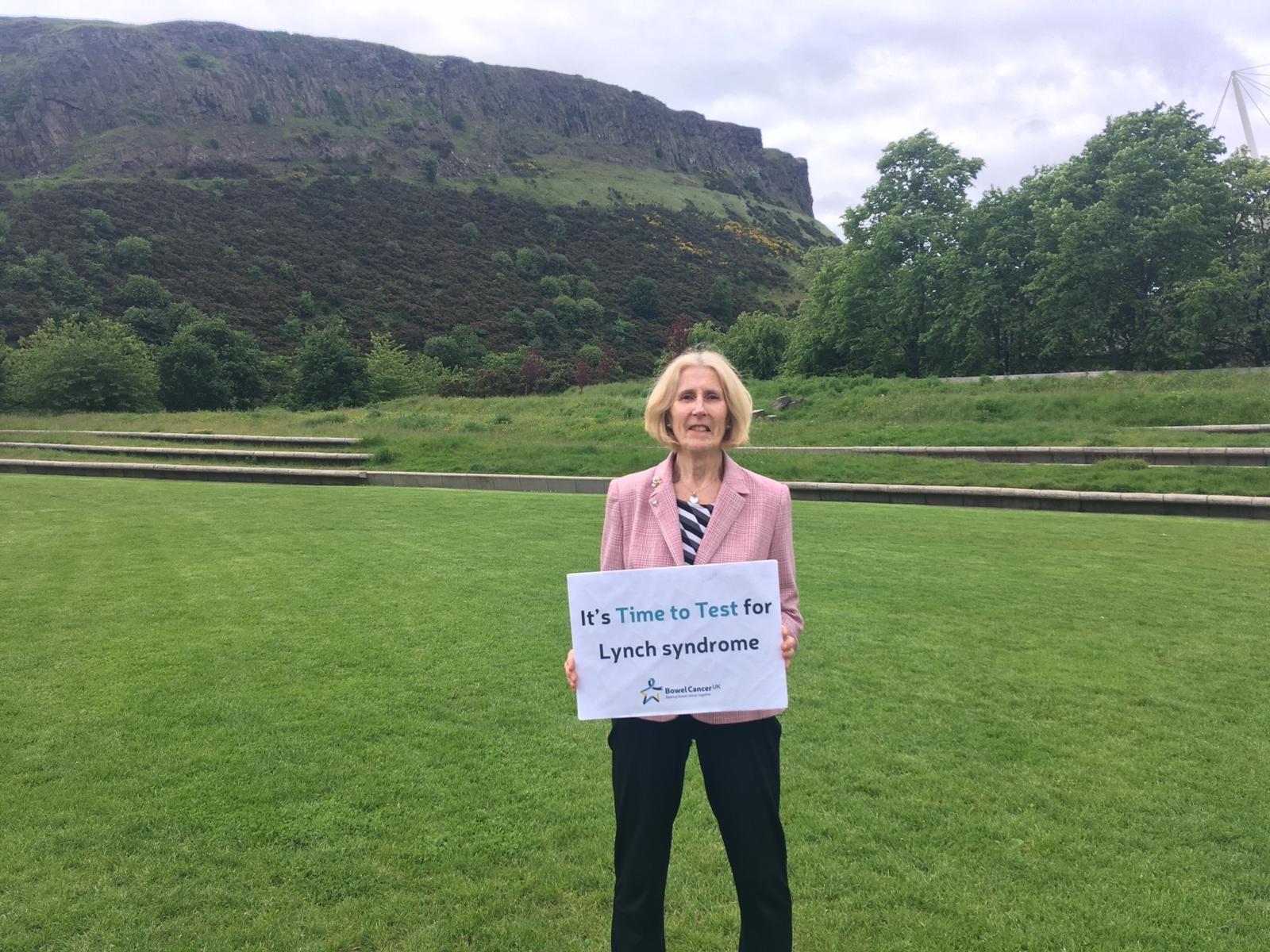