I had been aware six to seven months prior to my diagnosis that I didn't feel 100% well, but because of my age I thought that I was just suffering with menopausal symptoms. I did what I know many people do and asked Dr Google for the answers.

My symptoms were indigestion, a little bloating of my stomach and I was feeling more tired than usual. I also had night sweats, aches and pains in my joints and shortness of breath when walking. I have asthma so I thought that maybe I just needed to take my inhaler more frequently. I then looked at menopause symptoms and I remember it showing 34 of them! All of my symptoms were on that list. Additional to those symptoms I then started seeing blood in my bowel movements but I had previously had haemorrhoids so I just assumed that the blood was because of that. I knew that it was quite common for people to get haemorrhoids however, I had them for a couple of months and decided to make an appointment to see a doctor.

Before seeing the doctor I had yet again gone back to Dr Google and did some further reading and that's when I saw bowel cancer and the symptoms. I then had my appointment with the doctor and I had explained how I was feeling and told him all about the symptoms that I was experiencing. Without even examining me he said it was just haemorrhoids and suggested that I used a cream. Before I left the doctors I did ask if there was a chance that I could have bowel cancer, as this was at the back of my mind and the answer he gave me was a simple no.

I continued the rest of 2019 just monitoring and using the cream that I was prescribed and continued taking indigestion tablets as and when I needed them.

In January 2020 I was visiting my husband in Saudi Arabia and by this point my stomach had become extremely bloated and I began to experience stomach pains around my pelvic area and groin. My walking was becoming uncomfortable and my shortness of breath was quite obvious. My symptoms worsened and got to the point that it woke me up in the middle of the night where I had severe vomiting, I looked grey and had chronic stomach pains.

I was rushed to A&E and admitted to hospital where after two days of x-rays, CT scans, ultrasounds, blood tests, colonoscopies and biopsies I was given that dreaded news – the cancer diagnosis. I was told that they had found a large tumour on my large bowel, which was the primary tumour, but it was advanced and it had spread to my liver, ovaries and around my pelvic area. The surgeon managed to drain all the fluid that was causing the bloating from my stomach and I could finally catch my breath again.

My prognosis was bleak, the consultant and surgeon explained that because the cancer had already spread it was aggressive and classed as stage 4, incurable. The news was absolutely devastating and the first two questions I asked was: am I going to die and how long have I had it?

My consultant was fabulous and he said we are all going to die but we are going to do everything we can to give you the best treatment to stop it from spreading any further and hopefully the treatment will reduce the cancer which will extend your life expectancy. He did say that I had probably had the cancer for around five years! I think this is what surprised me even more. He explained that bowel cancer is a slow growing cancer and by the time you get any obvious clear symptoms most of the time it has already progressed to the late stage.

I then had two weeks to get my head around what was actually happening before I started my first chemotherapy on the 15 February 2020. I was given all the information regarding the chemotherapy and had met with my oncologist to discuss what my treatment plan was going to consist of. I had another colonoscopy where they took a small biopsy to see if I had a certain gene on the cancer which then would decide if I was lucky enough to have a targeted drug alongside of my chemotherapy that would attack and target the cancer much quicker.

My fight had begun and I was determined to do all I could to stay positive. 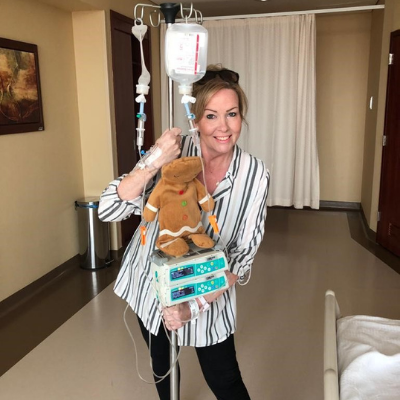 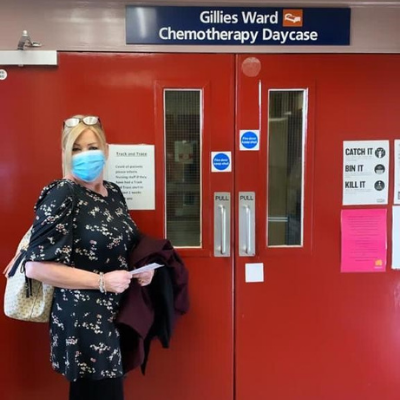 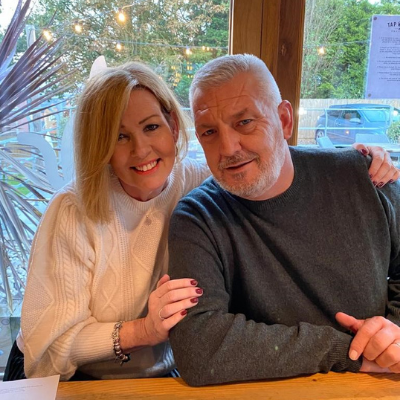 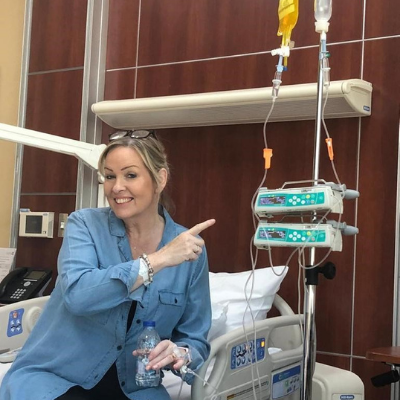 Having continued my treatment from September 2020 in the UK to this present time I have been on continuous chemotherapy every two weeks. I am currently on cetuximab and 5FU Fluorouracil. At the start of treatment I was also on oxiplatin however this was stopped in June 2020 due to neuropathy symptoms. Chemo is far from fun and I have a Picc line in my arm that is permanently there and has now become my friend and a part of my life. But it is saving my life and for that I am so grateful that my body is reacting to it so well and my cancer is reducing in size.

I will accept any side effects that come with the treatment because I am still here today a year on after being diagnosed and I'm doing really well.

My chemo side effects have been hair loss, sore and dry skin, cuts on my fingers and toes that appear from nowhere, ulcers in my mouth, no sense of taste and my fingers and feet are so numb that I can't feel them.

Since returning to the UK in September 2020 I had my first UK CT scan in January 2021, which has shown an excellent response to treatment and a reducement in tumour size. Along with the positive scan results my CEA tumour markers are now at normal range -1 and have remained this way since October 2020.

I am hoping and praying that with continued successful treatment and remaining positive that I will still be here next year and many more years to come.

This is just a small insight to my new life of living with stage 4 bowel cancer. I hope this has raised an awareness and that if you are concerned or displaying any symptoms please be brave speak up and visit your GP.

On that note what I would like to finally say is that: you never know how strong you are until being strong is the only choice you have.