In May 2016 at the age of 54 my life was turned upside down when my bowel was completely blocked by a tumour.

I had been to my local GP with stomach pains and called an ambulance but was told it was constipation. The second ambulance then took me in as an emergency.

The surgeon told me it was serious and emergency surgery was required to remove the blockage and put in a stoma, hopefully a temporary one. I had no idea what a stoma was at this stage but knew it had to be done. I was told it was cancer outright just prior to going down to surgery.

I quickly got to grips with the stoma and was suddenly in a different world of Multi-Disciplinary Team meetings and colorectal teams. An operation went ahead in July 2016 to do the bowel resection and reverse the stoma. It was successful, although not without hitches as a wound infection developed and I was in high dependency for nine nights. I was looked after by a great team at Derby Hospital and then discharged home for recovery. Recovery ensued and I was told I needed to have mop-up chemo.

At this stage I was considering returning to work. Again, my world and perspective changed in early September when we met with the oncology team. Not the news we were expecting. Terms such as Stage 4, incurable, inoperable, metastatic, and palliative chemo were all used. We were not familiar with these terms. The oncologist told us the cancer had spread beyond the bowel wall into the peritoneum. But I felt well so it was difficult to comprehend. I immediately went into practical mode, setting up power of attorney, updating wills and looking at inheritance tax considerations, something I had not needed to worry about before.

We were informed that life expectancy was approximately six to nine months without chemo and about two years with chemo. It was an easy decision to take the chemo option – a no brainer. The next six weeks were a particularly anxious time, with the anticipation of chemo starting and what that would mean. Everything seemed to take a long time to organise, decisions on drugs, having the Portacath fitted and keeping well.

I was relatively lucky with the side effects of chemo, but I just didn’t feel myself and struggled with ‘brain fog’. Friends, family and work colleagues rallied around with meals, shopping, company and acted as walking companions.

The team at the Nuffield Derby were great. I did feel that my life wasn’t my own anymore as every other week was a round of blood tests, chemo administration and then pump disconnection. Living on my own I felt on a constant state of high alert for side effects of chemo and did end up in A&E with a viral infection just prior to Christmas. The effects of the chemo built cumulatively and I felt very fatigued. I struggled with the concept of palliative chemo and that this would now be my life. I withdrew socially and started to feel very depressed.

Around my six cycle scan I started researching treatments at The Christie in Manchester as I noticed they were a specialist centre for peritoneal disease. I then started looking at HIPEC and cytoreduction which looked to be something that could be suitable for me. At the same time I also discovered Bowel Cancer UK’s online forum and signed up. This was a real godsend, my immediate reaction bring ‘I wished I’d known about this sooner’.

We were informed that life expectancy was approximately six to nine months without chemo and about two years with chemo.

I wrote to my oncologist to see if he would refer me for HIPEC and cytoreduction, which he agreed to do subject to the outcome of the six-cycle scan. The scan results were encouraging, showing a good response to the chemo. One cold February morning we travelled up to The Christie to meet the surgeon to discuss my eligibility for the procedure. This was a very positive meeting and suddenly I felt like I had been thrown a lifeline.

Operation day then arrived and off I went to The Christie for a ten night stay. The operation went successfully and I was soon into critical care for recovery. The team looked after me brilliantly and I was soon ready for discharge home for convalescence. The recovery went well; I was well practised after three operations within 12 months.

So at this stage there was only one thing remaining: the results of the histology. On my 55th birthday, along with the birthday cards, a letter came from The Christie stating that the histology was clear and I would be under six-monthly surveillance scans for the next two years. What a fabulous birthday present. I cried with relief.

Recovery has gone well. I tried to get some sense of normality and put the events of the last 12 months behind me. I did seek counsel from my trusted psychologist. It was difficult to suddenly feel optimistic about life after such a pessimistic prognosis. I couldn’t flick the switch in an instant. She gave me some solid advice as usual and advised this wouldn’t happen overnight. In some ways I feel very privileged as the year had allowed me to re-evaluate everything and I can now reassess what I would like to be part of my new normal.

One thing I know for sure is all the love and support from friends, family, colleagues, medical teams and the friends made on the charity’s forum has been overwhelming and has really carried me through. I’m not sure what my future holds, but am making the most of every day, keeping a positive frame of mind and getting back to being the Bridget that everyone knows. It’s nice to be having conversations about normal things rather than how I am! I feel very lucky.

I had my six month post-HIPEC scan on October 2017, which came back clear.

At that point I decided to return to work so had discussions with my employer, Boots UK where I worked as a Project Manager in their IT department. We decided to go for a lesser role and just three days a week. In December 2017 I went back to work on a phased return which was the best thing for me at the time and also to get some sense of normality.

In April 18 I went for my next six month scan but unfortunately there was a recurrence of the cancer near the small bowel, so this meant going back on ‘heavy duty’ chemo for three months which I did in June 2018. At this point I decided to give up working as wanted to focus on the chemo treatment and the best outcome. My strategy has always been to keep as fit as possible, eat healthily and keep myself psychologically buoyant to give myself the best chance.

I’ve learnt to live with cancer, determined not to let it define me and also not without the help and friendship of people on the forum, which has also led to going on the Penny Brohn courses in Bristol who are a great support. I also continue to check in with my local psychologist, again having done the eight week mindfulness class, which has been invaluable.

I now need a new project. Having organised a Charity Summer Ball for the charity to give something back, and raised £4K. It’s a good position to be in to be hungry for a new project. 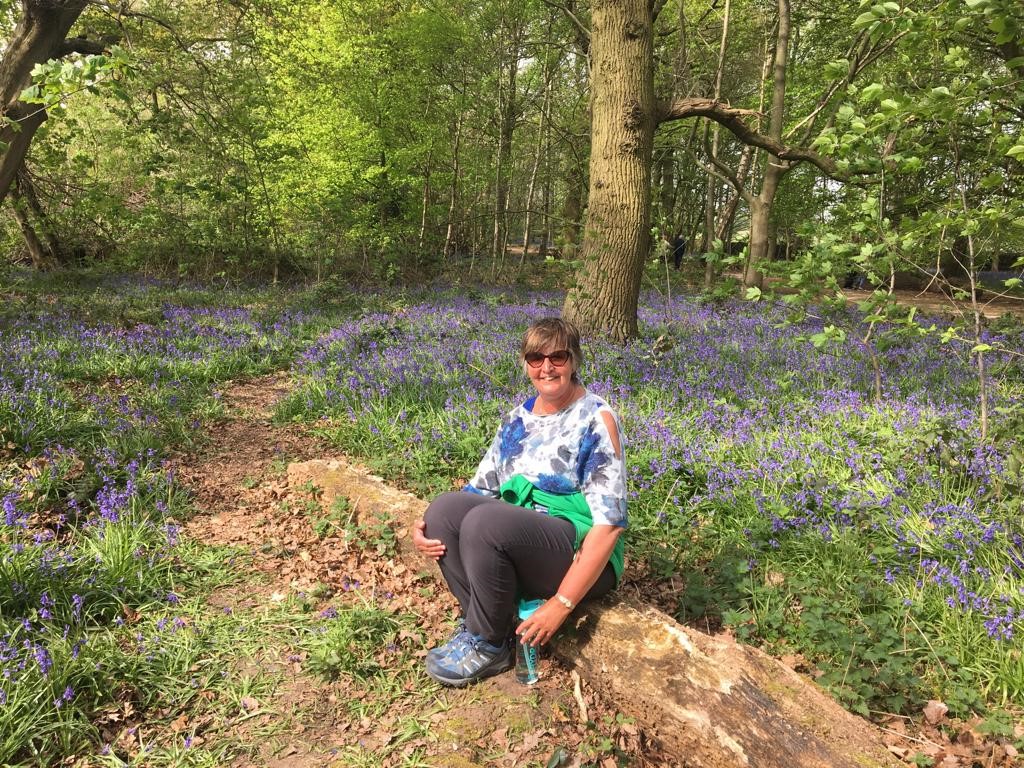 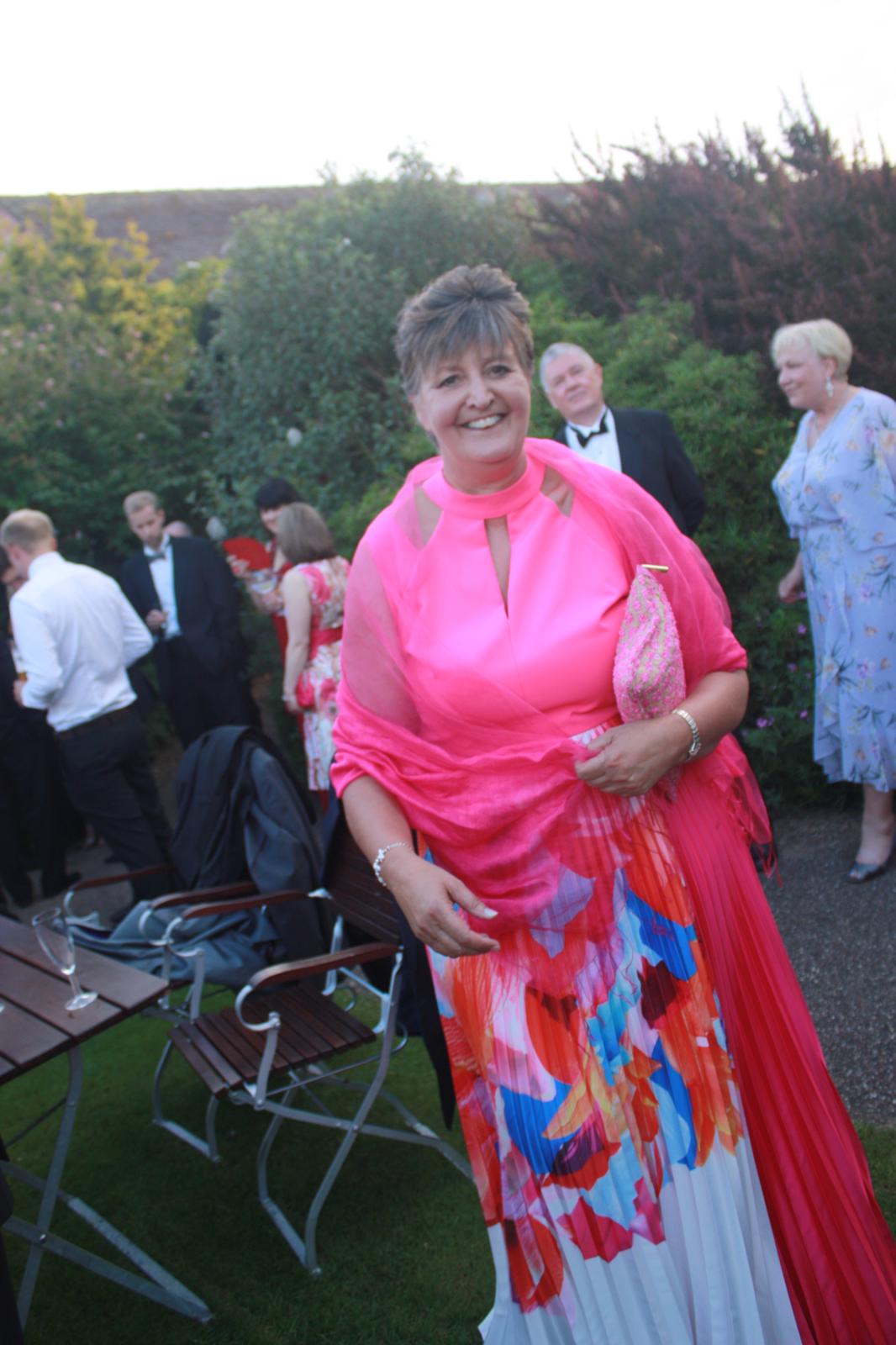