I was diagnosed with bowel cancer after completing the postal screening test at the age of 62.

Reaching for my reading glasses for the third time, I still can't believe the letter received today from the NHS. This was July 2021.

I had just returned from one of my twice-weekly runs and was shocked to read that the results of my recent postal bowel screening test were 'inconclusive and needed further investigation'.

As a fit and healthy 62 year old, I had just completed a 10k run at Tatton Park, Cheshire with two running 'buddies' and was enjoying my life of running, Pilates, walks and general running around with my four grandchildren.

Fast forward a couple of weeks (the NHS were working fast here!) and I had a colonoscopy, CT scan and consultation with the oncologist. I was told I now needed a major operation to remove a polyp from my bowel. The polyp was right at the base, so the doctor could not remove this during the procedure.

After waiting just two weeks, the operation went extremely well and I recovered in no time at all (apparently due to my general fitness level). I then had more news – the polyp was cancerous and I needed three to six months of chemotherapy 'mop up' to ensure there was no more in my body. These would take place over three hours on a fortnightly basis.

And so begins my journey…

My first thoughts were not so positive:

However, it didn't take long to shift my negative thoughts:

I think the moral of my story must be, "do your postal poo test!"

I had a visit to The Christie Hospital in Didsbury to have a Totally Implanted Vascular Access Device fitted and was now all set for treatment number one.

On 7 October 2021, I armed myself with a new journal, affirmational wordsearch, Bible and pen and I began walking along the hospital corridor to begin treatment. Despite some uncertainty, I decided this was all going to be worthwhile and I was going to begin journaling my thoughts through this process.

As I enter the ward, I am greeted by the 'cheery' ward manager and staff nurse and after taking my temperature, a nurse led me to a chair. The ward was just like a typical ward with chairs rather than beds. I immediately felt comfortable and was offered a drink and given the Wi-Fi code from the student nurse.

During the next three hours, the staff were quick to inform me what they are about to do next and this really helped, as I had no clue of the order and procedure of the day beforehand.

Although there were only three patients sat in the ward, I was sure they were all thinking the same – "why me?"

Life throws many challenges at us all but I believe it is how we deal with them.

I have been through a few 'valley' experiences in my life – so much so, that I wrote a book, 'Through the Valley', to help others through the pain and problems that divorce can bring. I am pleased to say that this helped so many others through their issues and encouraged their faith to believe BIGGER!

After six treatments, I am half way through and will continue a further six just on one drug. I can't say this has been easy, but by looking forward at the bigger picture, six months is not a long time out of my life to know that I will be cancer free.

I think the moral of my story must be, "do your postal poo test!"

So often, these are discarded as people think because they are fit and healthy, there is nothing to worry about, but our amazing NHS provide this service to detect early symptoms, and in my case 'mop up' chemotherapy was all that was necessary to ensure there were no more cells within my body.

I dread to think what could have happened, I would have been walking around with cancer and never have known. 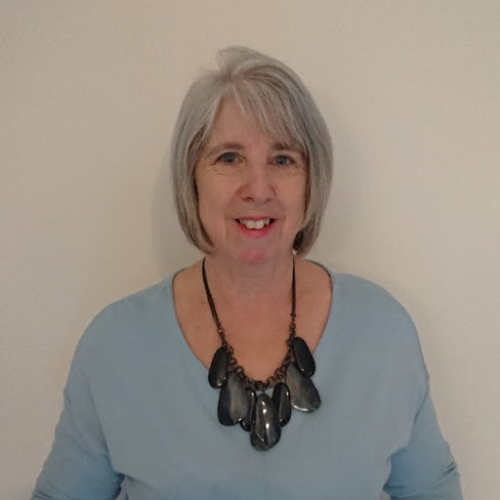