Around 2015, I started to feel unwell. I was experiencing strange feelings around my stomach, feelings I had never had before. But as is normal you carry on expecting it to go away. After a good few weeks I still didn't feel right so went to the doctors. And so began the frustrating journey of trying to get properly diagnosed.

First visit. I was told it was Irritable Bowel Syndrome (IBS). OK you don't expect on your first visit a doctor will send you to see a specialist when you have a bad stomach. A few weeks past and I began to show signs of weight loss and feeling really tired, to the point I just needed to sleep between jobs. The more worrying thing was the signs of blood in my stools.

Off to the doctors again. For probably my most frustrating visit. My doctor sat there looking through my records and said, no, you haven't lost weight according to my records. I knew I had as I'd just had to buy work trousers two sizes smaller! What about the blood I asked? He examined my back passage and said, do you rub your back passage hard after passing stools? I do as it happens. Bad habit. His reply. Well what do you expect? You will bleed. He then asked. What is it you are worried about? I replied. Well cancer. His reply was. Well we all have to die sometime. I'm glad Clair was with me as I'm sure you wouldn't believe me coz you couldn't make this up.

It's now 2016. I have my wedding planned to Clair in June. I have my stag-do organised with my friends. And a honeymoon planned for Thailand and Hong Kong. To try to make this short. Let's just say going through all these events feeling the way I did and my symptoms getting worse by the day, what should have been happy events were a living nightmare to be fair.

On honeymoon I got worse and worse by the day. I even rang my doctors from Thailand as I was so worried. Just for some kind of advice hoping they could put my mind at ease as I was by now really stressed about it all. I explained everything to the receptionist. She said doctor was busy. When I asked if he could ring me back in Thailand. Well she just laughed saying that wouldn't be possible. I even went to see a doctor out there where they took blood samples etc. On return from honeymoon I went to see the doctors again.

I explained the whole story, as this was again a different doctor. (5 visits in total, 4 different doctors!) His reply. Well as you have just come back from Thailand you must have some kind of bug. I don't see any smoke signals here. Nothing to worry about. I returned home again frustrated.

Few days later the amount of worry I felt was only outweighed by the amount of blood I could see in my stools. I rang Clair at work telling her how worried I was. She was worried also obviously. She rang the doctor's immediately and told them we were coming to the surgery and if we didn't get referred immediately she was kicking off big style. We went to the doctors and he referred us to the bowel Specialist at Stoke Royal. Not without his last famous words. Telling me to bull it up and make it sound worse than it is when I saw the specialist. I kid you not!

At last I'd left the idiots behind and was in the capable hands of a great bowel specialist. He examined me. The minute he'd finished it was obvious he wasn't happy. And I was sent for a colonoscopy. As I was having my colonoscopy I watched the images on the screen. There were polyps a plenty I could see. To me a good sign as I knew from googling this could be a cause of my symptoms and could easily be cured as the doctor conducting the colonoscopy confirmed as he was removing them as we went. Then as the camera went round the next bend in my colon my heart sank. All I could see was a great big black mass of some kind. I turned my head away immediately from watching the images. I knew what that was even if I'd never seen it before. So did the doctor as he didn't see any point in continuing the colonoscopy and bought the procedure to an end. He told me he was sorry to say he had found cancer.

He said he would explain to me and Clair the next step once I'd changed. It was now a case of having more scans more tests to see how far it had gone. It was a long walk back to the car for me and Clair that day. But not as long as waiting for my results.

One of the hardest parts of my experience was phoning my children Lucia and Joe to tell them the findings of my hospital visit, I will never forget the phone going quiet the other end then the sound of my daughter in tears, I still well up now thinking about it almost five years on.

The things that passed through my mind in that almost two-week period whilst waiting for my results were horrendous. I wasn't ready not to see my kids flourish even more, I haven't had enough time with them. Now I realise how much more good times I wanted with them and the joy they bring me. I had my daughter's wedding coming up on the horizon. Who would walk her down the aisle if this was to be bad news? I couldn't trust my son he'd probably be late.

I was thinking I'd miss the joy on my dogs face when I got home from work. My cat snuggling up on the bed next to me. I even thought I would not see the finish of the new extension of the corner been filled in at the Bet365 stadium! Pathetic I know.

Most of all my amazing new bride Clair. Spare a thought for her. What must have gone through her mind. We had just got married. She had recently been told her mother had terminal cancer. And now she was unsure if she would lose her new husband.

Almost two weeks passed and I had my appointment to go and see my specialist. Amazing news. Stage 2 and my specialist was happy that it would be a straightforward plumbing job. As he put it! Cut a big length out of my colon, join it all back together and carry on with your life he said. This guy had just replaced Gordon Banks as my all-time hero. I am now all better. I am now in my fifth year since the surgery and I'm happiest guy alive though Clair would probably disagree!

But I do love you Clair. So so much. I now have so much to look forward to. I am so happy and so lucky. Yet I'm really sad. Sad for the people who have not been as fortunate as me. Since taking part in Decembeard fundraising for Bowel Cancer UK I have read so many stories that have made me cry and realise just how lucky I really am. And it's all so avoidable. We can make a difference. Thanks for reading this. Well done if you have!

A great big thank you to all my family and friends for your support. And a special mention to our new addition my gorgeous granddaughter Liliana whom I may never have seen were it not for the fantastic work from all my heroes. All the amazing staff at Stoke Royal.

Please, remember never give up if your doctors try to block you, you and you only truly know your own body, if it does not feel right for more than a few weeks then chances are it probably isn't, be assertive the sooner you can get diagnosed, the better your outcome. 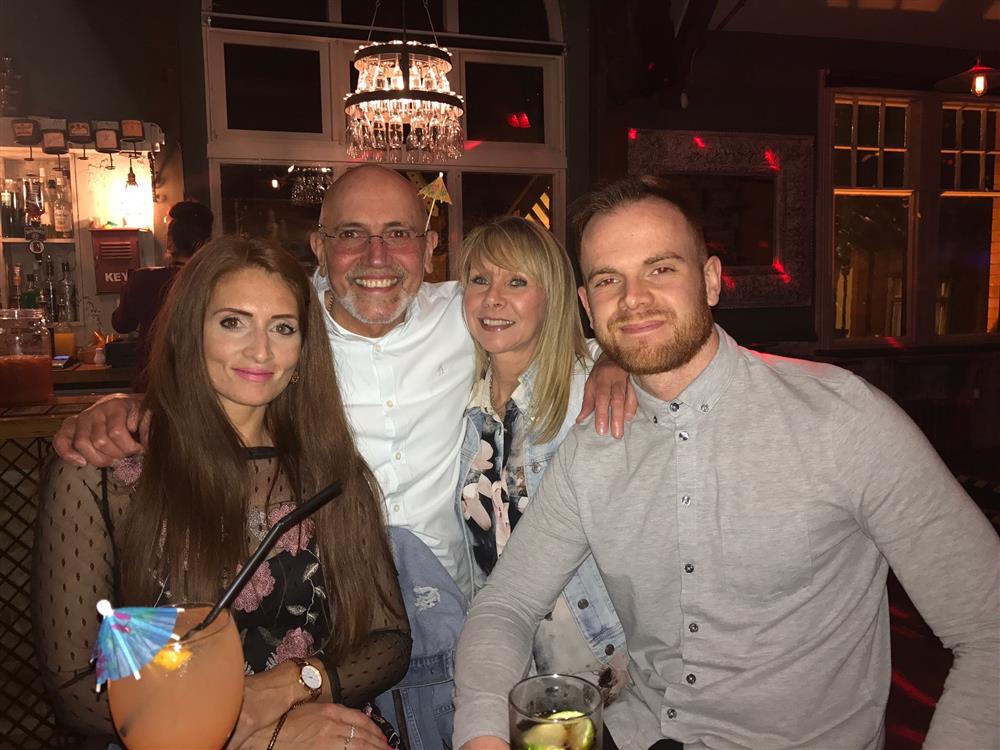 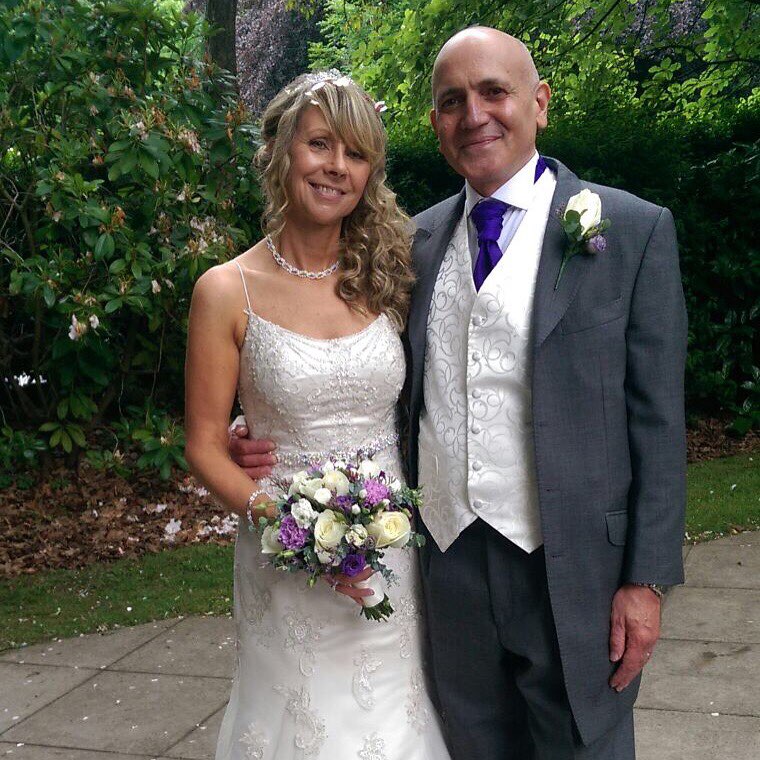 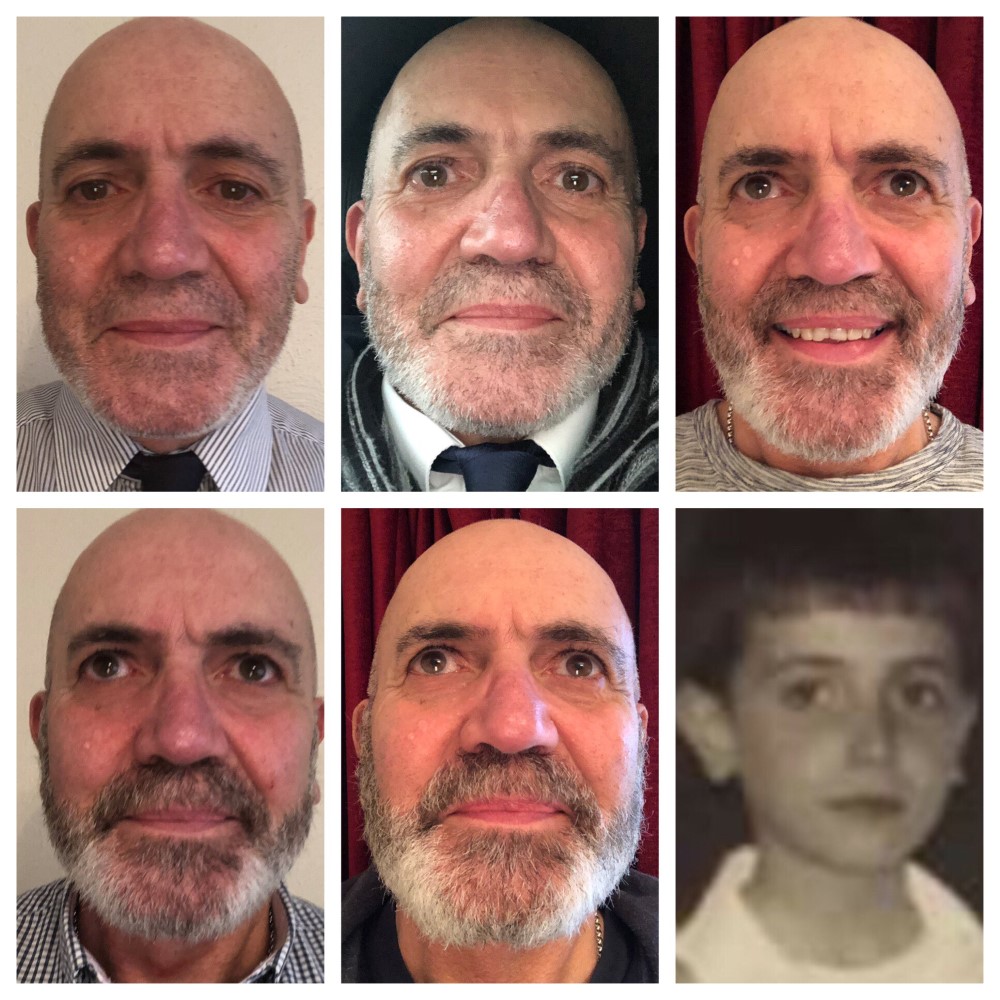