I noticed that when I needed to go to the toilet, I had to go immediately. That wasn't normal for me, so I went to visit my GP. I felt quite embarrassed and they thought I was constipated and prescribed me laxatives.

My symptoms weren't going away so four weeks later I went back to the GP and mentioned that my father died from bowel cancer. I was then referred for an urgent colonoscopy. It was during the procedure that I was diagnosed with bowel cancer, fortunately I was with my husband so we heard the results together.

I had keyhole surgery on the 22 June 2017, but it was a bit complicated as they had to do a mesh reconstruction of my pelvic floor. Unfortunately the mesh never worked – leaving me with a perineal hernia and one morning a couple of months on, I woke up with a parastomal hernia. I kept going back to my consultant telling him I was in constant pain. I cannot sit comfortably and there are days when walking is difficult. Eventually in November 2018 they referred me to Salisbury Hospital, where I was seen in January 2019. It took them until March 2020 to give me a date of the 24 March for my operation – they cancelled it on the 22 March due to COVID. I was left feeling like an unimportant number and that nobody cared one jot. I think that was the lowest point for me.

In May 2020 a lump was discovered on my right lung. This was removed in Southampton Hospital in July and transpired to be secondary bowel cancer. In January 2021 following a routine scan they have now seen one on my left lung, I suspect treatment for this is going to problematic.

I now have a stoma called Doris and a gigantic hernia called Etna! Doris's behaviour is very unpredictable – because due to the failure of the mesh when I sit, I sit on my bowel, which is very painful! Doris is also very conversational and likes to voice her opinion at the most inappropriate times, which is ok when my husband is around because I just blame him.

I try not to let this stop me doing the things I did before, but if I am honest, it does. It has made me more cautious and has put my life on hold. However I don't think it has fundamentally changed me, I am still positive about all the good things I have in my life.

I am lucky in lots of ways. I have an amazingly supportive husband and family. My friends have been with me all the way. I live in a beautiful place and I have my art, two mad dogs, and a sense of humour. I would always rather laugh than cry. There is life after diagnosis and treatment, it's up to you what you make of it. 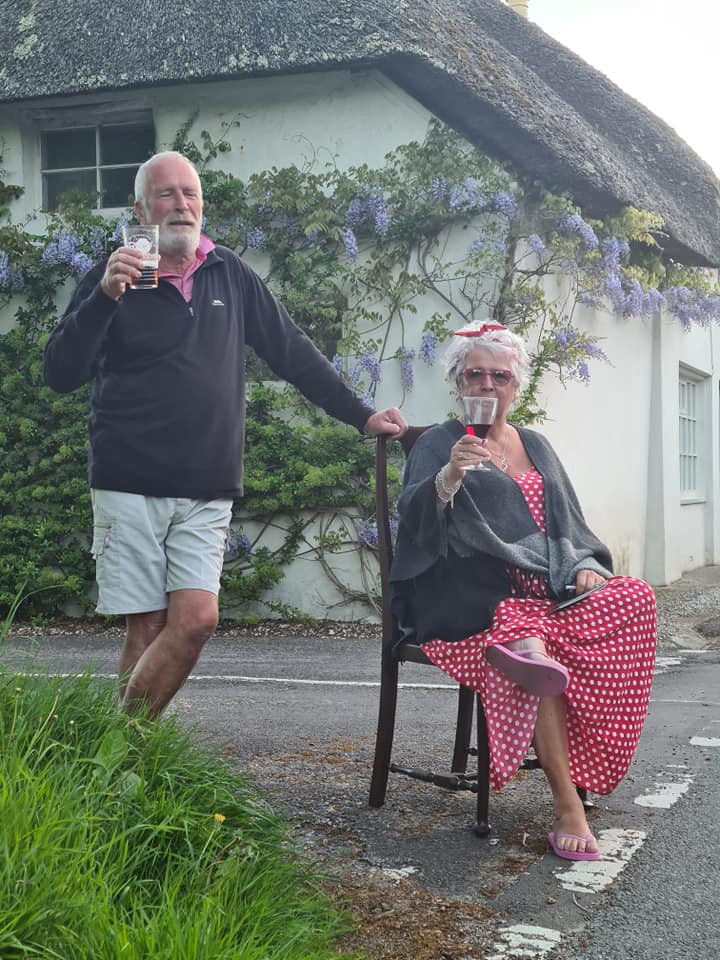