When I turned 55, I was asked to take part in bowel scope screening. I didn’t have any symptoms of bowel cancer, but I lost my mum to secondary breast cancer just over five years ago.

During bowel scope screening they found a polyp, I was then sent for a colonoscopy a month later, and during the procedure they still didn’t inform me whether I had cancer or not. Just before Christmas I had a phone call from a specialist nurse to say they thought it was cancer. I was just about to go on my work do. I couldn’t get my head round what she was saying. Needless to say it ruined my evening, and my Christmas. On the 27 December 2018 it was confirmed I had cancer. I had an appointment on the 3 January to meet my oncologist and discuss my treatment plan. It wasn’t the way I wanted to start the New Year.

I had surgery at the beginning of March, I had 23cm removed from my bowel, and later that month I was told it had spread to my lymph node and I was to start chemotherapy. I had four rounds of chemo in total, it was a horrid experience. After each round, sometimes I had to leave the hospital in a wheelchair as I just couldn’t even stand up. I had peripheral neuropathy in my hands and feet, and the nausea and sickness was really bad.

The second round of chemo was reduced by 20 per cent, and the side effects weren’t as bad as the first round but I was still plagued by nausea and neuropathy. I was eventually put on expensive anti-sickness tablets, which worked really well but due to the expense I was only allowed to have it for three days.

A year prior to my bowel scope screening appointment, in November 2017, I had open heart surgery as I had a hole in my heart that I knew nothing about. One of the side effects of the chemo was having heart arrhythmia. I ended up in A&E twice because of it.

The ‘Oxaliplatin’ was given over a longer period on the day, to see if it would help, and the medication for my heart was increased, so I could have the last dose. I was unable to finish my last week of ‘Capecitabine’ tablets because of ongoing side effects.

I finished chemo in July 2019 and still having some problems with my arrhythmia due to the damage it’s done. I’m in a limbo period now, as I’ve finished treatment but I haven’t had a scan to confirm it’s all okay. I find this very unsettling as it is not until after the New Year.

I’m still struggling with the side effects of chemo, especially the fatigue and I’ve still got really bad neuropathy in my hands, and feet, and it has also played havoc with my memory, and mental health.

I’m not really sure how I’m going to return to work. Before I was ill I worked for my son’s roofing company, but was also building a small craft business called ‘Polly Allsorts’ – I design whimsical houses to be decorated in mixed media. I did lots of crafting before, it really helped me after losing my mum, but since having chemo I hadn’t been able to. I didn’t realise how bad I would feel after treatment. I know some people go to work during chemo, I don’t know how they do it. I still hadn’t recovered for my daughter’s wedding in August, even though I was so tired, it was a fabulous day.

I love travelling and have just came back from Borneo and Singapore with my son, and 82 year old dad, who I must say is fitter than me!  I had a few fearful times flying over and back with breathlessness, and on holiday with my new built in fatigue and neuropathy, but I have no regrets, because we just don’t know what’s round that corner.

I would urge anyone who gets an invitation for a bowel screening or the home test through the post to take it up. Don’t even hesitate. I feel very lucky it was found, but, my it was tough. 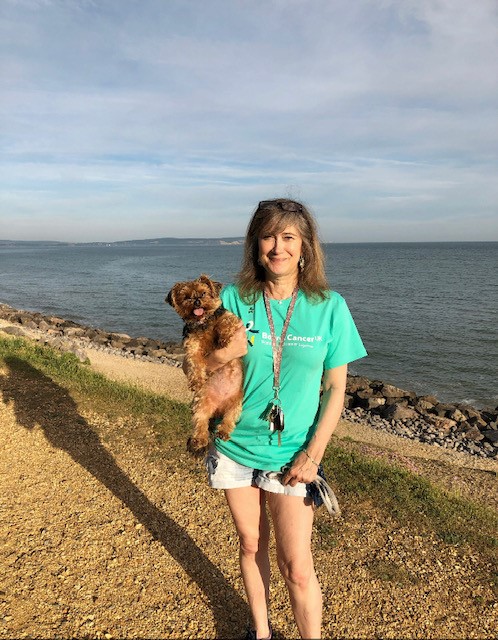 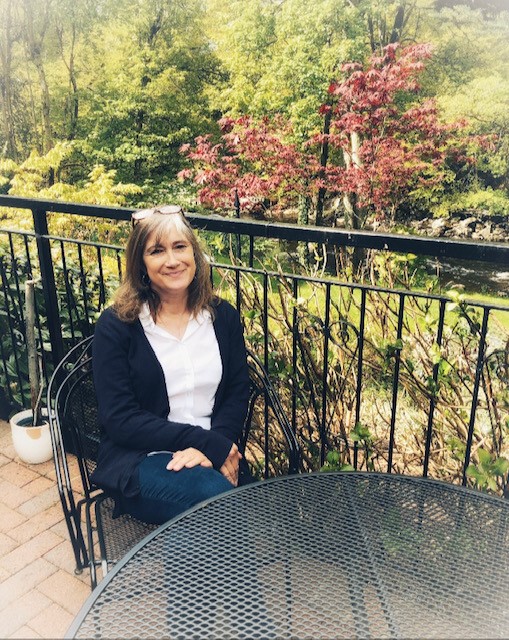