I was diagnosed with stage 2 bowel cancer in December 2020.

During the summer of that year I noticed blood in my stool. I knew it could be serious but I was also hoping it could just be piles. To be honest, I also ignored it as I was caring for my mum who had cancer at the time so I was already spending a lot of time with her at medical appointments.

My symptoms weren't going away so in October I finally got the courage to speak to my GP. I spoke to him on the phone and two days later I received a letter for a colonoscopy two weeks later.

The night before I had the bowel prep and it makes you feel a bit light headed, so in the morning I got a taxi to hospital. Unfortunately my wife couldn't come with me due to COVID rules so she stayed at home.

I was still very light headed and not at all with it during the procedure, all I remember is coming round to a nurse that very kindly said to me that they have found something and I'll need further tests. They didn't mention cancer so I wasn't aware the seriousness of it.

Around the end of November I had a MRI and CT scans, and again nothing about cancer was mentioned.

A few days later, I received a phone call from the hospital to ask me to come in to see the bowel surgeon and that I should bring my wife.

At the hospital, we were in the outpatients department so I thought that was a good sign. However, we were led into a lovely room decorated with oil painting, there was a sofa and on the coffee table was a box of tissues. I knew instantly this was a room that has seen many tears.

A colorectal nurse specialist and my bowel surgeon came in, and they filled the room with positivity. The surgeon said it was stage 2 bowel cancer, potentially 3. She showed me a Bowel Cancer UK booklet with the different types of surgeries available, and pointed to the lower anterior resection and that I would need temporary stoma.

She assured me that because I'm young, fit and healthy I wouldn't have any problems with the surgery. Although my wife was very shocked at what was happening, I had confidence in my surgeon that I would be ok.

The operation took place within two weeks, I had to self-isolate and so when I got home I rang work – I work for the Royal Mail – and they were very supportive.

At the hospital, I was well looked after and when I came round for surgery, they told me that it went well and that I had a temporary stoma. They said I would be able to leave after a week. That was amazing news as I would be home a few days before Christmas.

The very next day the physio came to see me and got me out bed, but once I started using my stomach muscles my stoma stopped working. Fluid was building up in the bag but I wasn't digesting soft solid foods.

I never got on with the stoma anyway. The nurse was very kind and patient with me, but the bag never stuck on properly and it was leaking.

The day before I was due to leave hospital, I was sent for a CT scan. I thought it was just a precaution so wasn't worried about it. However thirty minutes later a doctor and two nurses were by my bedside. I needed an operation to drain the fluid that was building up the next day and confirmed that I wouldn't be home for Christmas. I was absolutely devastated. Ringing my wife to tell her was the worst phone call I've had with her.

The operation went well and at the same time they removed the stoma. I couldn't believe it, I only had it for seven days. I was desperate to get rid of it.

I finally went home on the 28 December but I probably would have been in there for a bit longer. However they needed the ward space for COVID patients. The recovery is going well at home, my stomach is still tender and my bowel habits have changed but I'm getting used to that. I lost a lot of weight so I'm slowly putting more weight back on.

I'm still off work and won't be due back until March at the very earliest.

I feel like I've been very blessed, the whole ordeal lasted 42 days (six weeks). The next 18 months to two years is critical but I'll be having regular checks to ensure that if the cancer does come back, I'll be treated quickly. 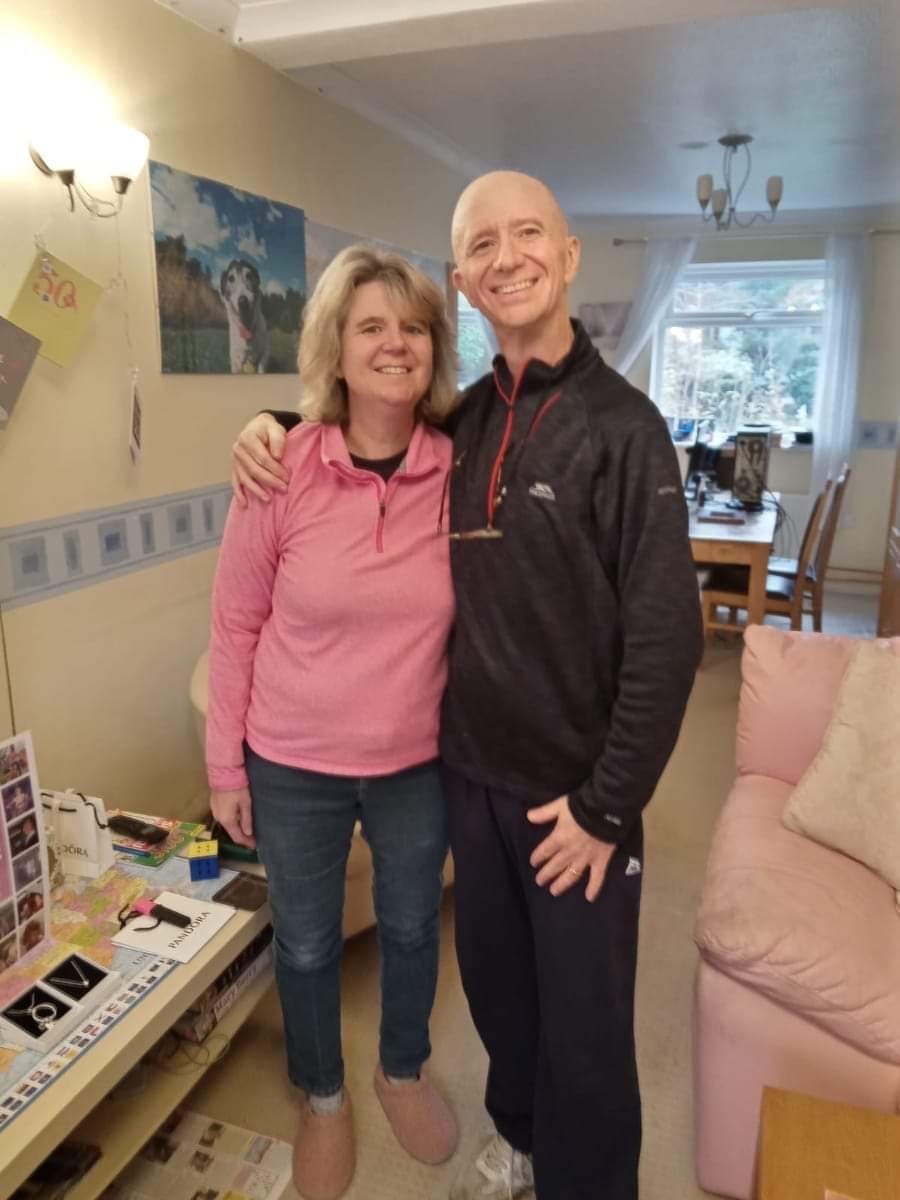