I’m nearly 53 and when I was in my late forties I started running. I always thought I couldn’t run but to my surprise I really started enjoying it. I am type 2 diabetic and have been for 20 years. When I started running I watched my diet and although I wasn’t particularly overweight I did lose about one and half stone and felt fitter than I’d ever been and my diabetes control was excellent. At the age of 50 I ran my first race a 10k and a few months later I ran my first half marathon, raising funds for Diabetes UK. I have taken part in a number of 10k races, park runs and three further half marathons.

I was due to run in Taunton Half Marathon in April 2020. I’ve always suffered a bit with irritable bowel syndrome (IBS) and would say that my bowel habits have never been particularly regular. Therefore at the beginning of 2020 when I suddenly started feeling a desperate need for the toilet on most occasions I ran, I wasn’t too concerned.

I found when I felt I needed the toilet I had to stop dead in my tracks for several minutes and couldn’t even walk, let alone run. I found after several minutes the feeling would pass. It was becoming a nuisance though as I was training for a half marathon and I was worried that it would happen during the Taunton race.

In February 2020 I decided to visit my GP. She examined me and saw I had piles but said she would refer me for an endoscopy and colonoscopy. She pondered whether to refer me as routine or the cancer fast track route and asked me my thoughts. I said that it was probably just my piles and I was sure it wasn’t bowel cancer. She therefore agreed standard route and referred me but requested I get a blood test.

When the blood test results came back the GP telephoned me to say she was a bit worried about my results as I was very anemic and my blood count had dropped considerably. She said she was going to change me to the fast track route.

I still wasn’t worried it might be cancer which is probably just as well as a week later I was going away on a Caribbean cruise which I’d booked some time previously. I returned from my cruise and was very lucky to get home only a week before the country went into lockdown. A few days after returning home I had my endoscopy and colonoscopy, this was the 20 March. It was during this that a tumour was found in my rectum. The doctor told me it could be cancer but he did not say for sure. He said it looked very young and was slow growing.

The following week was the worse week ever as I thought I probably had cancer but didn’t know for sure. They had however given me the details of the colorectal cancer nurses which made me think it was.

A week later on 27 March I had a call from a cancer nurse who confirmed that I did have rectal cancer but that it appeared to be early stage. I asked if I would need a stoma or chemotherapy and I was told that this was unlikely.

Things moved very quickly from then on with an MRI and CT scan the following week. It was confirmed that the cancer hadn’t spread to any other organs. I had an appointment to meet my surgeon who then told me that due to the cancer being low down I would be given a temporary ileostomy to allow the join in the bowel to heal. My surgery was booked for 27 April and I also had an appointment with the stoma nurse. It was very bizarre being given a pretend stoma to wear to get used to one.

I had my surgery which although they managed to do by keyhole did take a grueling nine hours. I remember coming around in the operating theatre afterwards and I’ve never felt pain like it ever before. I remember also asking if I had a stoma.

Over the next couple of days the pain I was in was horrendous and I felt like I’d been hit by a bus. However my surgery was on a Monday but by the Thursday I managed to walk down the corridor in hospital to take a shower and wash my hair. I was so pleased I managed it and I then started to get dressed into daywear every day.

Each day I was in hospital I started doing a bit more and would regularly walk up and down the corridor. It was very difficult though as due to covid no family or friends were allowed to visit. I did spend a lot of time chatting with other patients though, a couple of whom I’ve stayed in touch with. After eight nights in hospital I was discharged, although this was delayed due to an overactive ileostomy. During the first three weeks after my surgery I lost one and half stone in weight. I felt very tired but despite this I walked most days. I also had a few problems adapting to life with a stoma.

Within a week of leaving hospital my surgeon phoned with the histology report result. The outcome was that my tumour was stage 3 and was quite aggressive and there was cancer in two lymph nodes and in the blood vessels. As a result it was recommended that I have chemotherapy.

Five weeks after surgery I started 12 weeks of chemo. My chemo side effects were neuropathy and blurred vision mainly because the steroids they gave me had an adverse effect on my diabetes resulting in my blood sugars going out of control.

In between chemo sessions I had a couple of weeks feeling reasonably well and made the most of this time. Most days I continued to walk, gradually increasing distance as the time went on. My final intravenous chemo was 11 August and I couldn’t stop smiling when I rang that bell.

Two weeks later I started running again. I’ve gone back to the beginning doing couch to 5k and I’ve just completed week five. I also returned to work at the beginning of this month, although just part time at the moment. I’m also doing weights in the gym once a week plus a weekly bike ride. I feel so much better although I know I’m not ready for a half marathon just yet. I do get much more tired now than I used to.

In September I decided to take part in Walk Together having seen a local walk being advertised and arranged by a fellow Bowel Cancer UK supporter Emma Matthews in-memory of her husband Martyn. 21 of my Facebook friends joined me in the walk and all made donations to bowel cancer. The walk was amazing and everyone enjoyed a fabulous day.You can see more photos and read a write up about the walk here.

My plans for the future are to keep up with the running and to do a Christmas Day Parkrun. I have also signed up to take part in the Cardiff Half Marathon next year and raise funds for Bowel Cancer UK, I am looking forward to being able to do this and raise as much money as possible.

If Andrea has inspired you to start exercising or take on a challenge, then take a look at our fundraising pages and get in touch for a chat. 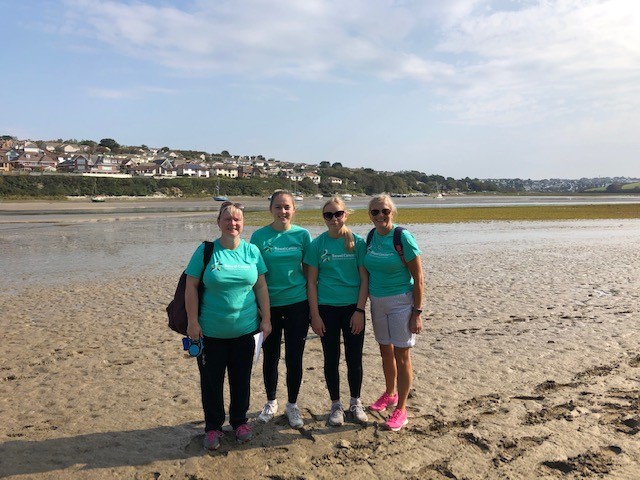 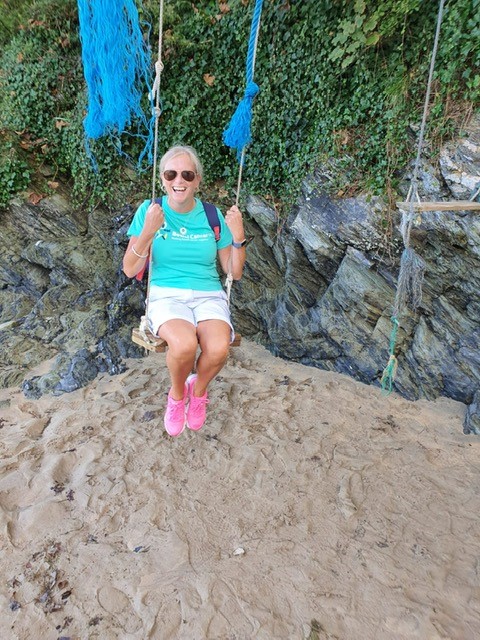 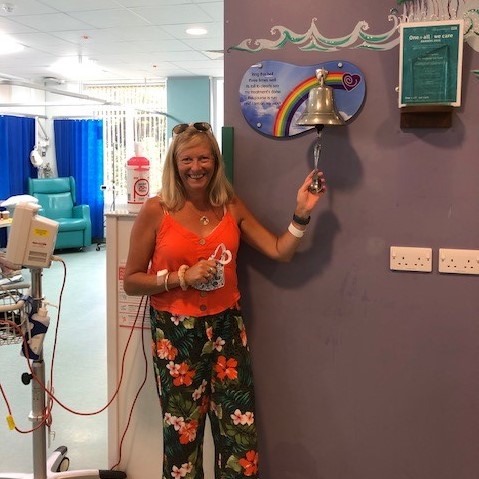