We first noticed I wasn't "my usual self" the September before my diagnosis. I was tired and listless, but put it down to working too hard. It was getting worse, I started sweating profusely overnight and became slightly paranoid too. I didn’t experience any other classic symptoms of bowel cancer. The day I noticed my feet swelling was the day I first contacted my GP, which was in November.

I was coming home from work, so popped in to the surgery on my way home. I was told that someone would call me to discuss my symptoms, which they did, and an appointment was arranged later that afternoon. The doctor examined me and took some blood, which "looked kind of thin" which was just in time to be sent to the lab to be rush tested. I was told that the night doctor would call me with the results, and sure enough at 7:30pm I received a telephone call: "This is the night doctor here, you need to get to hospital now. We have no idea how you are managing to function.” Bearing in mind, getting to and from work involved 30 minutes each way on my motorbike!

They offered an ambulance but because it was a Friday night, I took a taxi for the seven mile journey, as I was ordered to keep off the bike and get there as soon as possible.

Initial tests were ECG, bloods and a carefully inserted finger. I was hooked up to some blood as my count was very low and I was told I'd probably be out in the morning. I didn't get out until the Monday, after five pints of blood and a bag of iron.

In the meantime I had an ultrasound, an x-ray and a camera down my throat and up into my bowel too.

The one down my throat found a lump in my stomach that looked like it had burst. The doctor put a clip on it at the time to stop the bleeding, and both procedures took biopsies. I think nine from my stomach and 11 from the other camera.

At no time was cancer mentioned, although one of the three or four doctors that popped in for a chat over the weekend said he had thought it might be something else as well as anaemia. It was only a couple of weeks later that I was asked to pop in to see the surgeon.

My cancer operation was scheduled for late January, but a week or so after the initial meeting, the surgeon decided that the way the cancer was growing, it could soon restrict my bowel and cause more issues, so they decided to move the operation forward to the day after Boxing Day.

I was fairly motionless for the first day or so but followed the advice of the specialist nurses and tried to move about a little more each day.

After about a month, I felt it was a good time to get back to work, and my manager was great about it and made sure I was in a different department that would allow me to have a break when I needed and kept checking I wasn't overdoing anything. By the time of my first chemo appointment, a couple of days after my 50th birthday, I was working four and a half days a week.

After the first chemo, I had the next day as my day off and then usually worked a couple, another day off to re-charge my batteries, and then back to full time till the next round. I had four rounds of treatment (IV and pills) that looked like: IV, 3 weeks of pills, followed by a week off. Luckily, the worst side effect was tingly hands and feet.

My family were great. My wife was amazing. To begin with, she made sure that I wasn't just moping around all day and we did things like housework together and went for short walks. Then once I was on chemo, she totally understood when I had a down day or needed time-out.

My parents live at the bottom of the country, so it was difficult for them to visit but we kept in touch daily throughout. My in-laws did much the same, except for my father-in-law insisting he drive me to hospital for chemo. And my sister-in-law and nephew came to visit too. I know they were all concerned during it all and relieved when I got my 'all clear'.

Once covid hit, obviously visiting was a definite no-no, so I'm not sure when we'll see anyone again.

Diet wise, I've tried to cut down on red meat (successfully!) and am now trying to eat more salads and fruit. Having to get shopping delivered during the pandemic made us sit down and evaluate what we 'needed', and started to limit our treats. During the initial stages of lockdown to me getting back to work, I had gained a stone and a half. I am managing to lose some of the weight now though and feel none the worse for it.

I also deferred a year of studies, I'm with the Open University, but am starting back this term. I'm studying part time for a BSc in STEM (science, technology, engineering and maths).

I'm just now looking forward to when we can see family again, and a time when live music makes a return! I have a CT scan in December 2020, which will hopefully be clear too, so I think that after that I can be more settled. 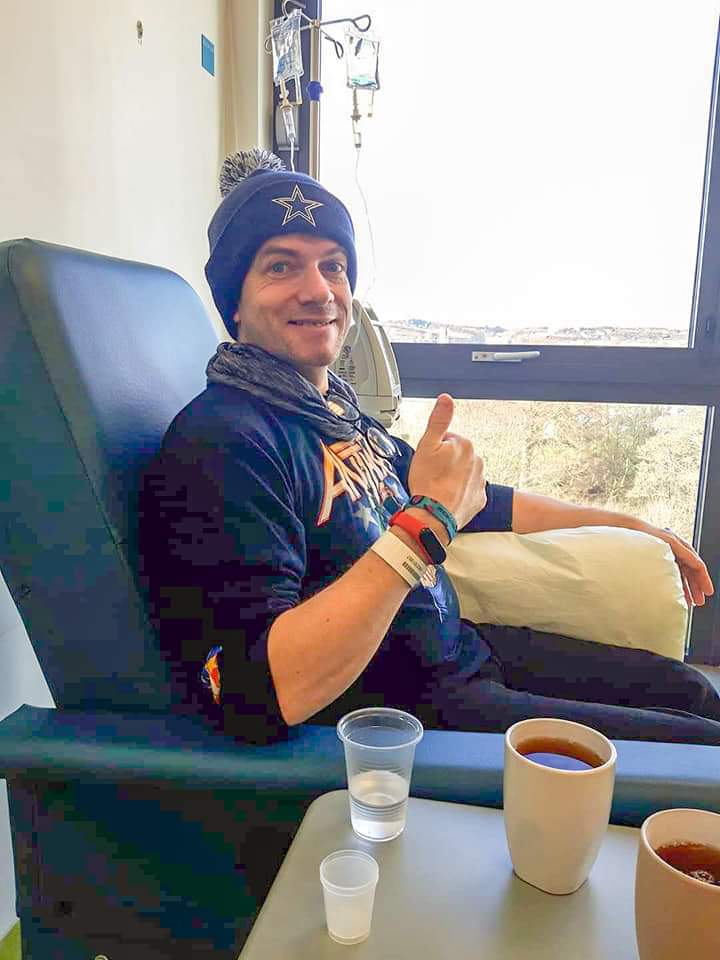