My best friend and father Tony, was diagnosed with bowel cancer at just 62 years old on 3 April 2019.

Shortly before his diagnosis he had received a bowel cancer screening test in the post. He completed it straight away and a few days later got a letter in the post referring him for a colonoscopy. This did come as a shock as he didn’t have any symptoms of bowel cancer.

At the hospital appointment, they confirmed that there was a tumor and he had a scan which showed that this had spread to his liver.

Before his diagnosis my dad has never had an operation. I’ve never prayed so hard in my life. I whispered so quietly in his ear with my broken voice and said "Don’t leave me dad, please". We hugged so hard as we didn't want to let go.

That four hours my dad was on the operating table felt like a lifetime, I wouldn't leave the corridor. No matter how many nurses came and tried to comfort me, I just wanted to be with him.

When my dad was in surgery to remove part of his bowel, the surgeon went looked to see if there were any other cancer in the surrounding organs. It was then that he found more tumor in his stomach muscles, spleen and bladder, therefore whilst he was operating he removed the tumour from these areas too.

If the surgeon didn't go looking around while my dad was open on the table, he would have never found these. None of these showed up on the scans. We only knew it was in the bowel and liver.

I wouldn't wish this on anyone not even my worst enemy, those words will haunt me forever.

He’s now got a stoma, hopefully temporary, and is about to start three months’ worth of chemotherapy at our local hospital in Barnsley. He’ll then have a second operation to remove the tumour from his liver at the Northern General Hospital as our local one doesn’t specialise in this type of surgery.

Hopefully after then he can have the third and final operation to reverse the stoma at our local hospital, or in the surgeon's words “reconnect the plumbing”. I found this so funny especially when you hear from a surgeon. We expect them to say big and posh words but no, he explained in details just what was going to happen.

I owe my life to the surgeon. I now believe that not all heroes wear capes.

We named the stoma “Bobby Bowel”, I didn't like the word stoma and refer it as "Bobby", for example: Is Bobby full, how's ya Bobby dad?, does Bobby need changing etc. Bobby is part of our lives now (hopefully not forever but for now he is). This is the new normal for us now, and as I keep telling my father and other people, it's not forever.

I had to raise awareness, my world completely shattered when we got told in a little white room that he had bowel cancer. My sister was killed six years ago and my mum dropped dead on a family holiday whilst celebrating her birthday, exactly one year after my sister died - on the same date.

I'm very determined to make a change, to raise awareness of the disease. I got a tattoo of the Star of Hope, the international sign of bowel cancer, and released a single called “I Won’t Let Go”. 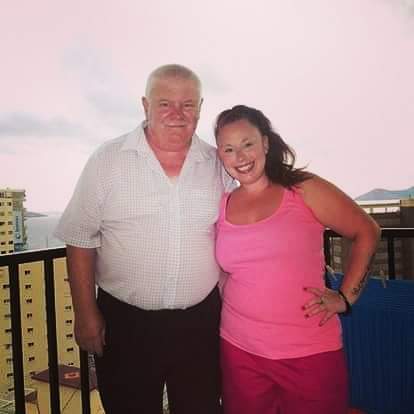 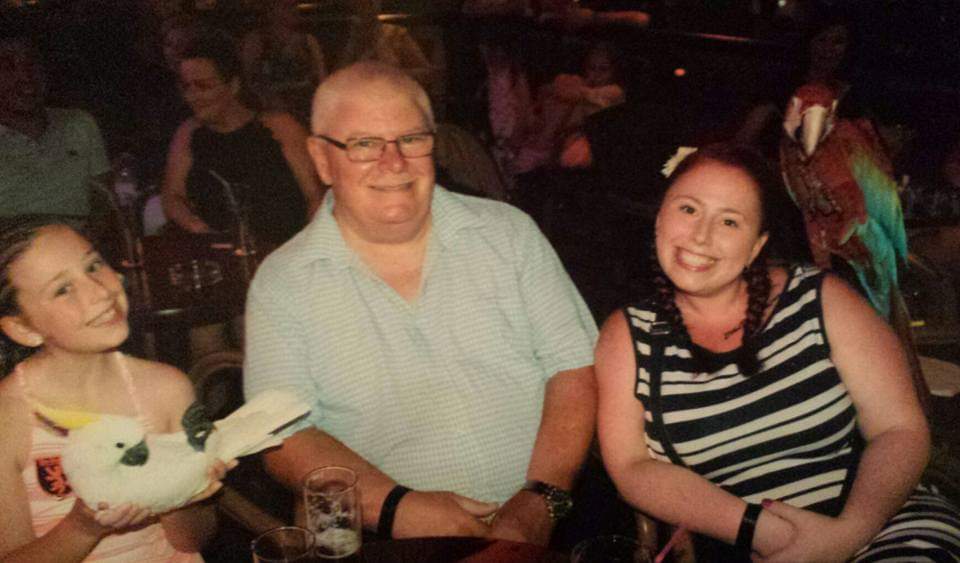 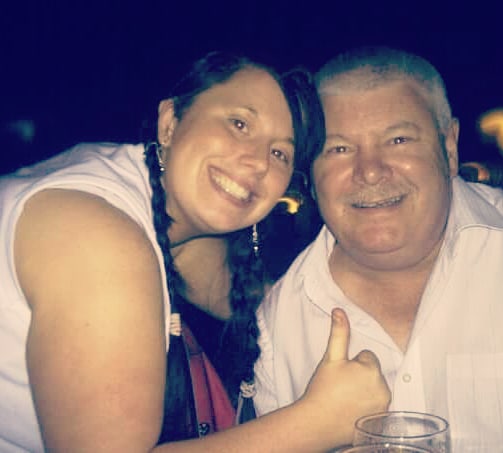