My late husband Tony was diagnosed with stage 2 bowel cancer aged 43 In October 2006, this later progressed to stage 4.

Tony was a self-employed Licensed London Taxi Driver. He worked so hard every day for hours on end to make a good living and get home to his family. He rarely took more than one day off at the weekend and I can’t remember him ever taking time off sick.

In October 2006, after two years of medical appointments for intermittent excruciating abdominal pain, Tony’s consultant said he would do a colonoscopy. Unfortunately, when it came to the appointment, the colonoscope wouldn’t pass through his bowel and I will never forget the pain I felt in my heart upon hearing that news.

He had to have a laparoscopic right hemicolectomy operation in November 2006, followed by six months of adjuvant chemotherapy. This was very hard to get through, but Tony was stoic and soon the treatment was finished. We had been told by the oncologist that that was a 96% likelihood that he would be ok.

Unfortunately, just a few months after the chemo had finished, in November 2007, Tony went back to the hospital to have his routine bloods checked and everything was fine, other than one of the tumour markers. This ultimately resulted in him being rediagnosed with peritoneal metastases, which made him then stage 4. He had six months further treatment and then in July 2008 he had a laparotomy, another big operation to remove tumours by removing the omentum and gall bladder.

In August 2008 he was put back on chemotherapy but at the beginning of December the cancer had spread further. The chemotherapy was stopped and he was told he was inoperable. However, we were determined to not give up and wanted to find further treatment. Subsequently we found a surgeon who would be prepared to operate and I also investigated Cyberknife, a treatment which was new to the UK at the time. After a lot of discussions with the consultant and our private health insurance company, Tony was accepted onto the treatment and in February 2009, he was the fifth person to ever have the treatment here in the UK.

Sometime after having the treatment, we found out that it was only effective in the largest area near the liver and we still had to deal with the other areas. After a long chat with Tony's surgeon about his situation, he telephoned a colleague who he thought would be able to do surgery.

In May 2009 he had an operation where he had his spleen and the tail of his pancreas removed and section 3 of the liver was resected also. A couple of mets were found in his liver that hadn't shown on any scan too. The surgery went well and he left hospital after a few weeks but had to return as he was getting the most unbearable stabbing pains in his stomach going through to his back. Apparently these are classic symptoms of pancreatitis which was then diagnosed and he ended up spending many more weeks in hospital. Unfortunately he missed a charity golf day that his dear friend Alan Gilbey and the Carriage Club Golf Society had arranged in his name, "Tee Off for Tony". All the proceeds went to Bowel Cancer UK and totalled approximately £10,000.

After the operation, his tumour markers rose rapidly which meant the cancer was back. A scan in March 2010 pinpointed where the disease had spread but this time, because the tumour was so large and there were other suspicious areas in his abdomen, he wasn't a candidate for either surgery or Cyberknife. His oncologist told us to come back in a couple of months but I really wanted to get Tony on chemo just in case the treatment shrank the cancer enough for him to have surgery. I found another oncologist who started Tony on chemotherapy immediately. The chemo was debilitating and it was a massive blow at the end of the regime to find out that it hadn't done anything significant and we had to come to terms with the fact that he was inoperable. He had another scan in mid-September and the cancer had spread even further.

The oncologist wanted him to go back on chemotherapy again so we transferred to a local cancer centre and a new oncologist. Tony was given a choice of three treatment options and he decided upon the least intensive treatment, which we were told was unlikely to be very effective; it was obviously a very difficult decision to make but we felt that it was right decision and that quality of life was very important.

We had an appointment late February 2011 with a third oncologist which wasn't good. He decided to stop treatment as he said it wasn't worth continuing, so we left that appointment very disheartened. I decided to call Professor Justin Stebbing because we had repeatedly heard how good he was from several different unconnected sources. When we went for the appointment with him, he made some adjustments to the treatment and we continued going every other week never knowing when it would stop working.

However, the chemo was taking its toll now and for a few weeks it was lowered to one week in every three. Tony had a PET scan in mid March which showed further progression that hadn't shown on the CT scans.

In July, Tony had a couple of infections, which meant he couldn't have his chemo and needed IV antibiotics. Shortly after, Tony had another PET scan which showed that the disease was spreading further. He needed to have another port fitted to have more IV chemo which was something he never wanted to do. Tony had three sessions of the chemo and each time he suffered a lot of pain and spent a lot of time in and out of hospital. There wasn't really any alternative but to remove the port and stop the treatment.

At the end of September we had a meeting with the oncologist and it was decided for him to continue with Avastin. Unfortunately his tumour markers rose again and he started needing pretty regular blood transfusions. A colonoscopy was arranged for 12 June and a 10cm tumour was found in the bowel. It wouldn't have taken much longer for the bowel to perforate and it explained all the emergency situations and extreme pain that Tony kept getting. We then went back to Richard Cohen, the surgeon who had operated on Tony for operation number 1 and 2 and surgery was arranged for 10 July. We were really worried that he wasn't strong enough to get through the surgery as he has been very weak but he got through it incredibly well and ended up with a colostomy which we were expecting.

In September, Tony had the first chemo and found it was too debilitating. In the two week period that had followed, he had maybe two or three "good" days at most and therefore decided that he couldn't continue with the treatment. We contacted Prof Stebbing's secretary and booked an appointment to see him but decided to do something positive in the meantime and go away on holiday! We went for a week in Palma and had a lovely and relaxing time. Tony looked much better by the end of it, even though on the last evening he was very sick. On 6 September we had the meeting with Prof Stebbing and he acknowledged that the chemo was too toxic for Tony and that he was happy to still look after him.

Things continued to deteriorate and on 21 November, Tony went into The Peace Hospice for respite care. The staff were truly amazing and he stayed there until 9 December. It was difficult with Tony being at home and on 18 December the Hospice gave us the results of blood tests and said that he needed to go back into the Hospice. We had arrangements with friends at the weekend and were hoping to see them so said he said he would go in on Monday but on the Friday of that week, he had a rigor fit-like episode that was truly terrifying for him and also for me to witness.

We couldn't get him into the Hospice that night and at 1am he had another episode that lasted another half an hour. At about 7 in the morning we rushed him to the Hospice. When he’d packed the previous night, he had said to me he was "moving out". There was no question that both of us just knew he wasn't coming home this time and we just accepted that really...

On Friday 3 January the Rabbi came to say prayers over him. On Saturday he slipped into a coma and at 12:25am on Monday 6 January 2014 Tony's momentous journey finally ended. It totally changed my life and still does to this day. I will never be the same. 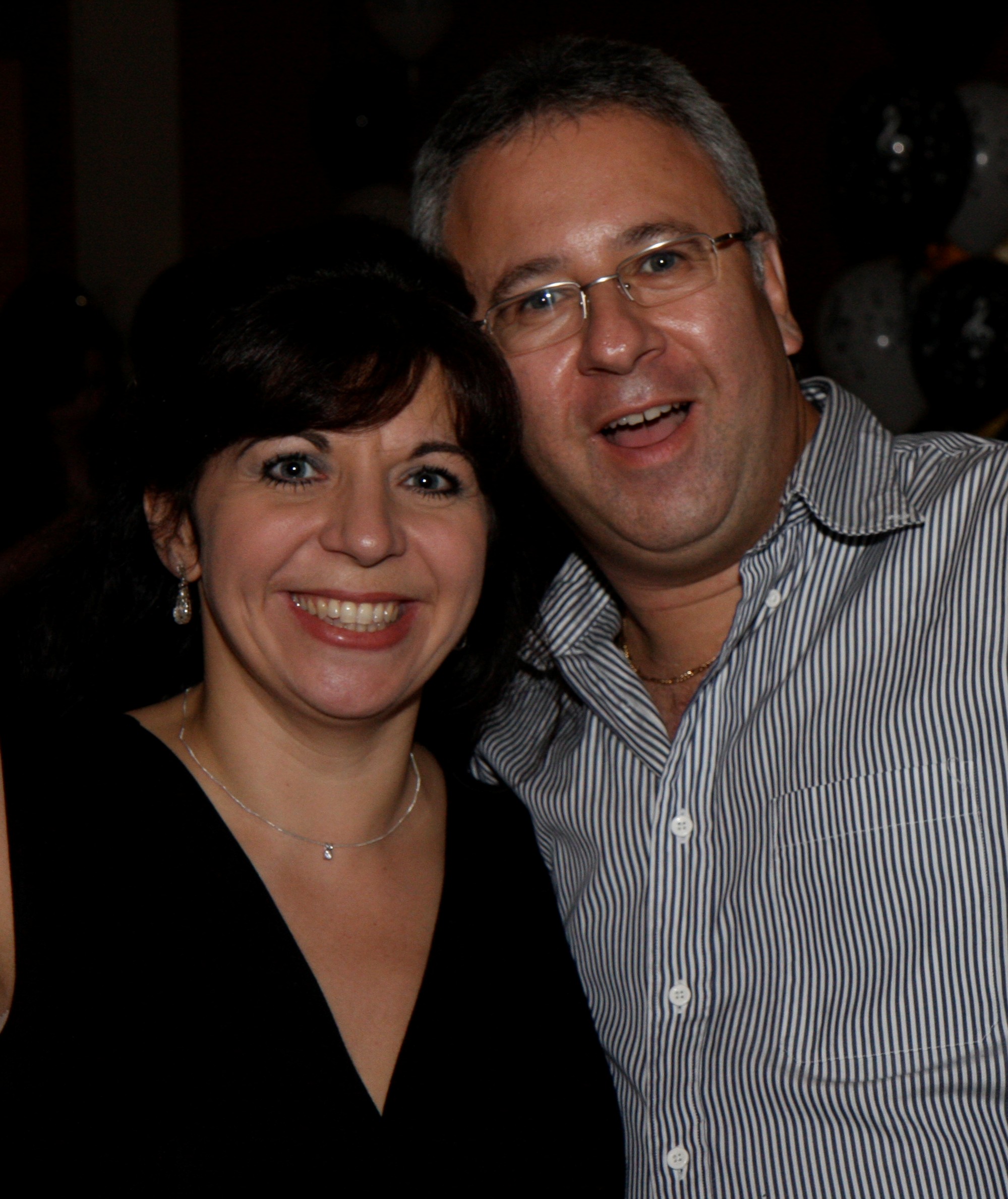 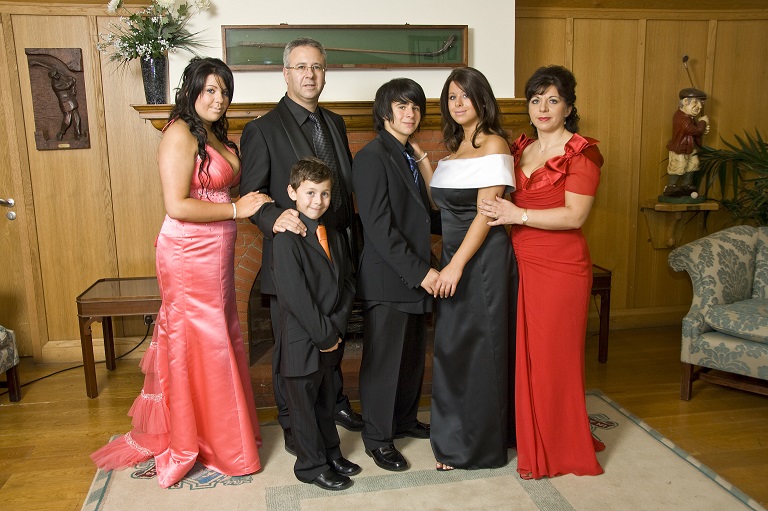 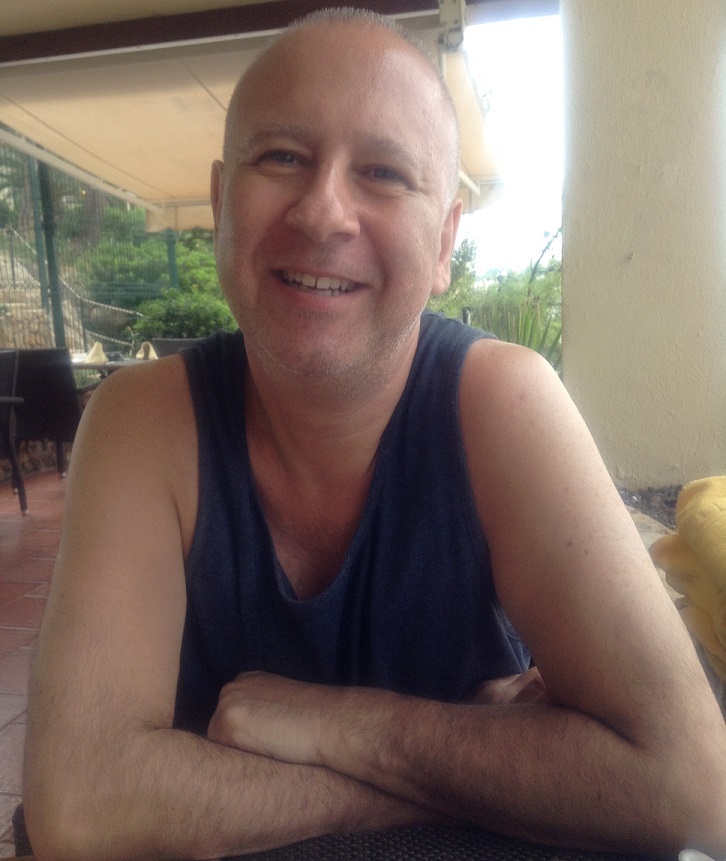