My dad was diagnosed with bowel cancer in November 2018.

He was diagnosed with a stage 4 tumour, one that sadly was too large to be operated on. My dad had already gone through 32 gruelling rounds of intense radiotherapy every day for a whole month due to being diagnosed with prostate cancer 11 months before hand. This ended on the 8 May 2018, and then he was diagnosed in November 2018 with bowel cancer.

The months between May to November he suffered extreme pain, which seemed and looked impossible for anyone to go through. The way to describe it was he became crippled. It was a hard, tough time not only for him but for myself (his daughter), my brother (his son) and his wife (my mum). We watched each day in heartache as he battled the pain, the feeling of uselessness was draining us as a family, especially as there was nothing we could do to help.

My dad visited his GP on several occasions and was told different things. He had irritable bowel syndrome (IBS), his bowels were damaged with the previous radiotherapy, had a hernia, the list goes on. But not once did they diagnose cancer until six months later when they eventually sent him for a colonoscopy.

It was myself who was with dad that day, it's a feeling I can and will never forget. To hear the news again 11 months later that he had cancer but this time in his bowel was a blow to our stomach. He remained focused and said we will fight it again. I've did it once I'll do it again.

He went through months of chemotherapy to try and shrink the tumor. He was given tablet form of capecitabine before having to be taken off them due to bad sickness, and they also weren't working. He then went through intravenous chemotherapy via a pic line that was fitted into the veins in his arm leading to his chest. The end result of that gruelling experience was it never worked, nothing was shrinking this tumor.

He was taken into Hairmyres Hospital on 1 July 2019 with chronic life threatening pain, the surgeon had no option but to operate. It was a matter of life or death. To our delight he survived the operation and it was a success, and was fitted with a stoma that came from his large bowel.

The pride I had was unexplainable, I thought my dad was a superstar. How could anyone go through all this I thought? He was let home in the care of my mum and myself 21 days later. Finally pain free!

My parents was celebrating 45 years of marriage on 22 November 2019, so it was only right I treated them to a break away with myself and my daughter (Apryl). He loved every second of it and I hadn't seen him smile or be happy like that in years.

The consultant said to my dad that the operation had been a success and saying he was now cancer free. He felt better than winning the lottery.

Ten days after returning from our holiday he was very ill, the pain was back with a vengeance. He was admitted again to hospital however this time spent months rather than weeks there, including Christmas and New Year.

The cancer had travelled to his small bowel, liver and lungs. Life was drifting fast from us all but especially my dad. I kindly asked if he could be let home in the care of myself where I could look after him and give the one to one care he needed. He was allowed home on 29 January 2020 and I lost him on 12 February 2020 at 22.23pm.

Months on and people say time's a healer, I'm just wondering how long that time takes.

I cared for him in every way possible, attended to his needs and made sure I was the best I could be for him in the most needed time of his life. I held his hand and kissed his cheek as I watched him leave. A feeling that I struggle with to this very day. How can life be so cruel, only to get crueler.

My mum was taken from me six months later, seven days before her 70th birthday. She was given a terminal diagnosis on 27 April 2020, her endometrial cancer had spread to her liver and lining of the small bowel.

I watched the same signs, symptoms and pain all over again. I cared for my mum in the same way as I did my dad and attended to her needs 24/7. The moment she needed me to hold her hand whilst she left me was a moment for a second time I couldn't do. I had no strength left and couldn't bear the thought of allowing her to go. I held on tight as long as I could and kept her alive.

I have lived and breathed cancer for 3 years. You need grades and qualifications to succeed in these careers but nothing compares to living it on a daily basis. It took the two most important people in my life and changed my life beyond expected. Months on and people say time's a healer, I'm just wondering how long that time takes. 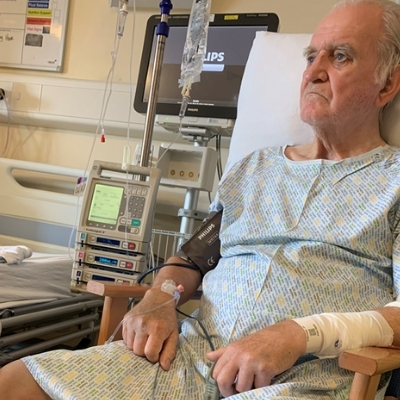 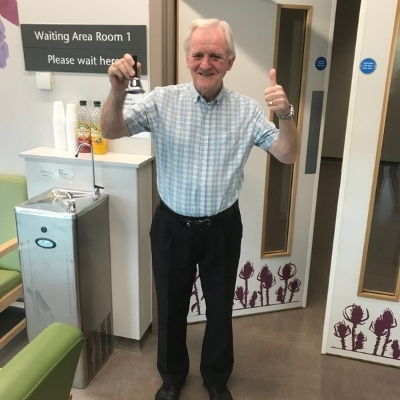 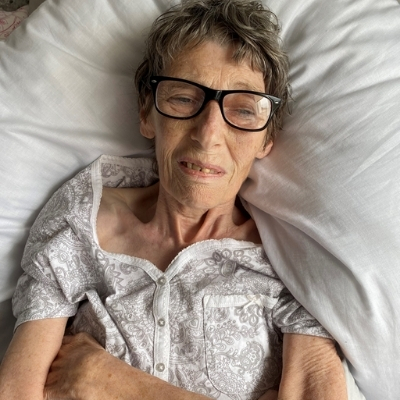