I lost my dad three years ago to bowel cancer. He was just 52 when he was diagnosed and the time between then and his passing was so quick.

My dad hadn’t been feeling well for a while, having what he thought were heart burn and indigestion. He went to the doctors, but they always sent him away saying he was fine. Eventually my mum insisted that he have a CT scan and it was then that they found a tumor in his upper bowel. Further tests showed that the cancer had spread to his liver. My dad was diagnosed with stage 4 bowel cancer and we were told he was terminal.

We were all totally shocked, but more than that, we were angry. If the doctors had taken him seriously when he had first come in, then this might have been caught sooner. It could have been treated; his tumor removed before the cells spread. But instead it was too late and now as a family we were in the worst position possible.

Of course my dad was determined to do everything he could to stay with us. I was pregnant with twins and close to giving birth. He wanted to meet his new grandchildren and be with his family. So when he was offered chemotherapy he took the chance it gave him. Looking back now, I wish he hadn’t. The chemo totally drained him and left him physically and mentally exhausted. Worse, it didn’t give him any more time.

My wonderful dad died just ten months after being diagnosed.

Our lives are very different without dad. He was the life and soul of our family, the kind of man that lit up a room and put a smile on your face. Sadly none of my children are old enough to remember their grandad, which is incredibly tough. He should have been able to see his grandchildren grow up and it feels like that was stolen from him. My biggest sadness has been how lonely and heartbroken my dad’s passing has left my mum. Seeing her go through such pain has been the hardest part of this.

I truly believe that there is not enough awareness of bowel cancer, both in the public but also amongst GPs. I’d do anything to have my dad back, but I hope that by sharing his story it will make a small difference. That a GP might see this and keep bowel cancer in mind when going through a patient’s symptoms, or that knowing what happened to my dad will give someone else to push for a referral that could save their life. 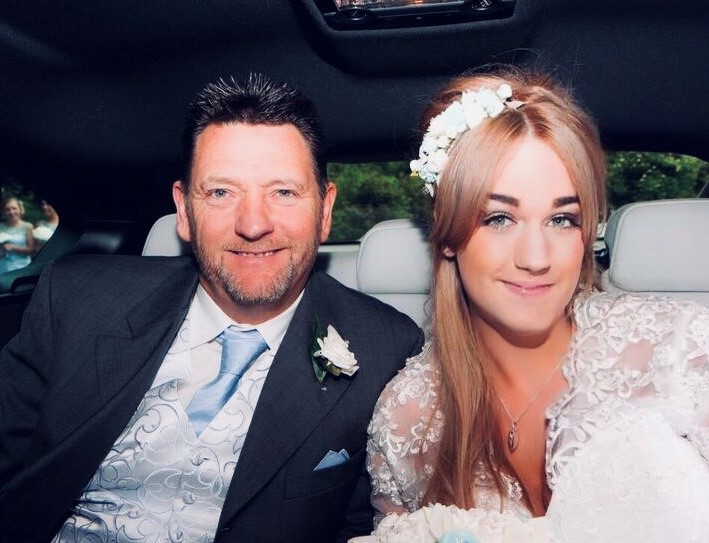