My daughter Charlotte was diagnosed with stage 4 bowel cancer in January 2020. She was only 17. She initially had symptoms of backache, constipation and diarrhoea in October 2019, which she thought could be coeliac disease or irritable bowel syndrome. We never, ever thought it could be cancer.

In November last year, Charlotte complained of feeling full after eating and started to be sick after every meal. She went to the doctor, as she'd also had stomach pains and was losing weight, even though she was already tiny. She explained her symptoms clearly and blood tests were taken, which showed she was anaemic. She continued to be in a lot of pain and so went back to the doctor, where they did more blood tests, which didn't show up any other problems. No further investigations were done at that time though.

She knew there was something seriously wrong when she went to the toilet and found blood in her poo. She returned again to the doctor, who said 'if you were older, I'd be extremely worried', and booked Charlotte in for an emergency colonoscopy. This was just before Christmas, and we were sent an appointment for January 6, where a consultant examined Charlotte for five minutes and referred her for a colonoscopy – we had understood that was what that appointment was for.

We ended up in A&E twice at the start of January, as Charlotte was in so much pain, where I asked 'how ill does she have to be?'

The hospital carried out further blood tests and checked over her lymph nodes, and we were told they were all fine and no lymph nodes were up. Doctors said because of her age, it was likely to be inflammatory bowel disease (IBD).

I called the hospital every day to get her colonoscopy booked in, which she finally had on the 16 January. They found a massive tumour pressing on her spine, which explained why she had had such bad back pains. She had an emergency MRI that night and a CT scan the following day, and was diagnosed with advanced bowel cancer. The tumour had spread outside of the bowel wall, laying on her spine with extensive spread in her peritoneum, the surrounding lymph nodes and stomach lining.

Myself and my husband David knew how serious the diagnosis was and that she would never be okay, but nobody grasped how aggressive the cancer was and how quickly it would take her. I knew she would have to live with bowel cancer for the rest of her life, but hoped she would have at least a year or so. We spoke to lots of people on the Bowel Cancer UK forum – it was really helpful to hear their experiences, and we found out many had also been diagnosed very late because of their age.

Charlotte wanted to give it her all, and specialists advised trying to shrink the tumour and then operate. But she got worse and worse every day and was in constant agony. She started chemotherapy on 5 February, the day after her 18th birthday, which we all hoped would help to give her some relief from the terrible pain she was in and some quality of life. We even hoped that she might be able to go back to college, where she was studying for her A-levels. However, the chemotherapy didn't work.

Charlotte was in and out of hospital in agony, and had a stoma fitted in March, which was horrific for her at the age of 18. She couldn't eat or poo and kept being sick. She had moments when she was in so much pain and didn't want to carry on.

She was so poorly and the cancer got hold of her so quickly, none of us had chance to process it was happening. She hadn't eaten properly for three months. At her last CT scan we knew something was seriously wrong, she couldn't even absorb her medicine, and Charlotte said "I'm going to die". She just never recovered from the stoma surgery and at the end of April we were told she was going to die.

Charlotte came home from hospital two weeks before she died. There was no way we were going to let her stay in hospital, and we worked tirelessly with the Rowans At Home team to make her as comfortable as we possibly could. Charlotte died at home at 10.45am on May 22 2020, four months and one day after she was diagnosed. Myself, David, Charlotte's 15-year-old brother Elliott, and her boyfriend Scott were all with her holding her hand, and she fought and fought to stay with us. She didn't want to die.

We had never discussed her funeral, but the moment she died, I just needed to know where she was all the time, so she was buried and had a service outside at our local cemetery. Thankfully, no restrictions were imposed. The whole community of Whiteley came out of their homes to pay their respects, which shows the impact she had on so many people and how she made everyone feel special.

Charlotte was amazing, and was utterly devoted to all of her family – her grandparents, aunties and uncles. She was the life and soul of the party, and very loyal to her fantastic group of friends. She was extremely happy and lived life to the full every single day. She loved her life and was devoted to her boyfriend of two years, Scott. They had made so many plans for the future together and he was her rock during her illness. She wanted to be a primary school teacher and planned to go to Winchester University in September, and said last year how happy she was.

Charlotte was so brave and positive when she was diagnosed – I think she thought she would have chemotherapy and would be okay. She said: "Mum, I'm 17, I can't have cancer, it's ridiculous."

She knew how serious bowel cancer was, but was told she had age on her side. But she didn't. We have learned that bowel cancer can be more aggressive in younger people. Nobody can give us any answers as to why this happened to a teenager. Charlotte was tested for Lynch syndrome, for which there was no evidence, and there are no genetic mutations in the family.

We were shielding during lockdown because of Charlotte's cancer, and the pandemic didn't impact Charlotte's treatment. She had one round of chemotherapy at a private hospital during lockdown, the last of four rounds she managed. The tumour didn't shrink, and so couldn't be operated on, as it was just too big.

We'll never know how long the cancer had been there. One doctor said Charlotte might have had cancer for two years, but another said it might have been there for a matter of weeks. They all agreed they had never seen a tumour react so quickly and aggressively as hers. She had had no symptoms at all until autumn last year. She always looked after herself, was fit and ate healthy food. She went to the gym, she went running; there was just no indication it was there.

GPs too often rely on blood tests, which obviously don't always pick things up. Bowel cancer isn't just an old people's cancer, it can affect anybody. It's an awful, horrible thing, and what Charlotte went through is just horrific.

Charlotte told me before she died that she didn't want the same thing to happen to anybody else of her age, and she wanted me to tell her story so others are aware very young people can also get bowel cancer and what the symptoms can be. We are a very close family and are all utterly broken and devastated. Our loss feels harder every day, but we don't want Charlotte's death to be in vain. 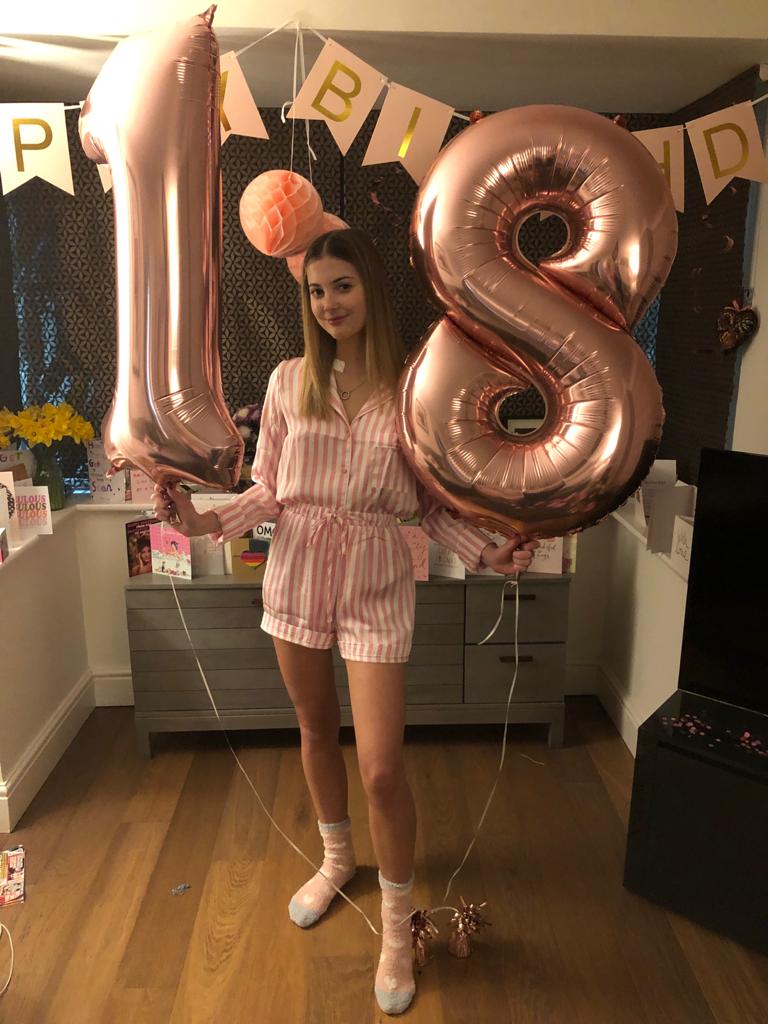 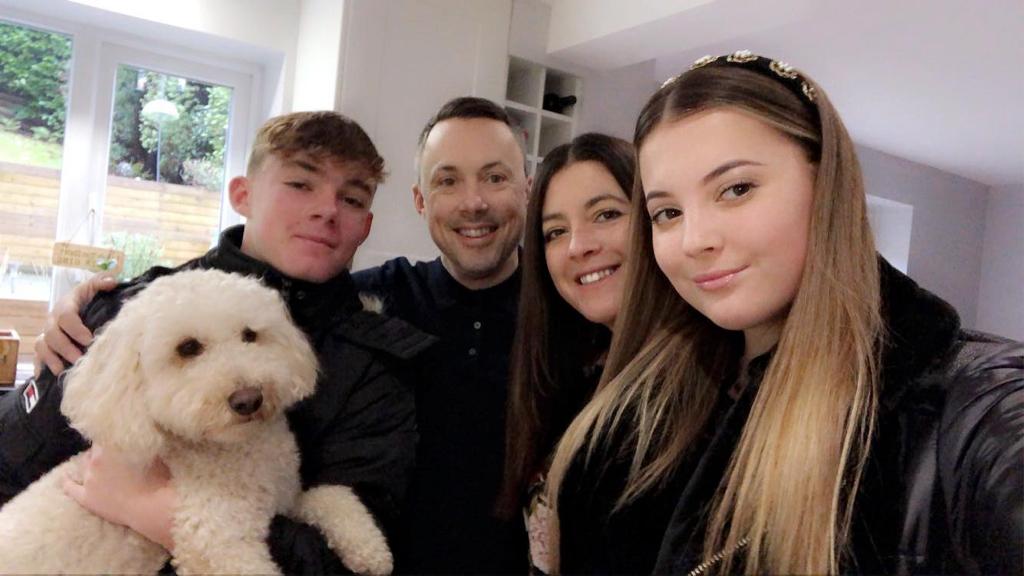 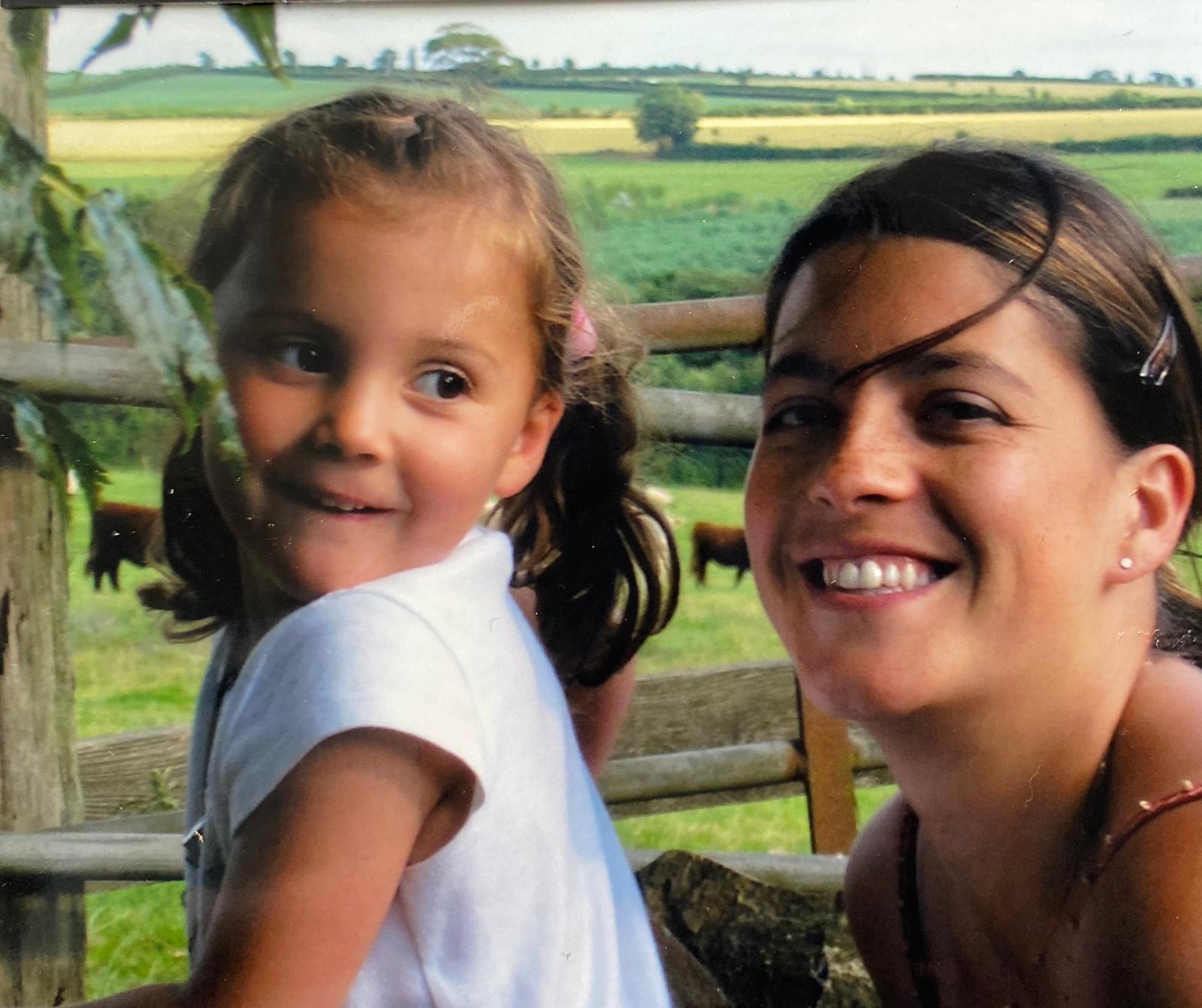