In the lead up to her diagnosis in January 2019, she was experiencing an upset tummy and went to her GP who attributed it to the menopause. However they did refer her for a scan and it was then she was told she had bowel cancer. We couldn't believe it, she only had stomach pains and she never lost any weight – something we all thought was a definite sign of cancer.

In February 2020 she had surgery to remove the tumour, and we thought that was successful and she didn't need any further treatment. However she had a follow up scan and it had spread to her ovaries. It turned out that she's got a very rare form of bowel cancer, not many people have it at all. She then had a few rounds of chemotherapy throughout the year.

In the meantime, her and my dad bought a caravan. They absolutely loved going on holidays, almost every weekend they would be in the caravan or exploring a different area.

Mum was a district nurse team leader and she carried on working up until October, when she was told the chemotherapy was no longer working and it was terminal. They stopped her treatment so she could enjoy her last few months.

In December things took a turn for the worst. She was in hospital but they discharged so she could spend time with her family. We were told to bring Christmas forward as she may not survive, but she was adamant that she wanted to be there on the day. However she died on Christmas Eve.

As a district nurse she was really clued up about the disease, and in some ways that made it harder for her. She knew all about the process and especially the end of life care.

When mum was 30, she lost her own mum (my nan) to breast cancer, and she cared for her right up until her death. With three young children of her own, the experience inspired her to train as a nurse. She is a true inspiration.

Mum was the most selfless person I know, she never let her diagnose stop her doing what she wanted and was always there for everyone. Even though she had to shield, she worked constantly through the covid pandemic right until she took early retirement in October 2020.

Her death has had a huge impact on the family. I used to speak to her every day, and I don't live far from her so would see my parents most days. My oldest son is 13 and autistic, and it's been particularly hard on him. They were very close.

My dad was mum's carer, and me and my siblings are trying to be there for him. He still spends time at the caravan, but it's strange without mum being there.

In the summer they had planned to renew their wedding vows, as they'd been married for 27 years. Although they had to cancel their original date, they were able to organise a small ceremony in September. Mum had a little hen do, and the girls from her work organised a special afternoon tea for her. It was a very special day for the whole family, and something that mum really wanted to do.

Her death had a huge impact on me too. About a month before she passed away, I downloaded the couch to 5k app, but didn't have much motivation. My mum really wanted me to do it, and in January I desperately needed something to focus on so I tried again. No matter the weather or how I felt, I followed the programme and ended up really enjoying it. Once I was out there, I didn't have any distractions and it really helped me clear my mind. It was the best thing ever.

One day I kept running after I'd finished my 5k, just to see how far I could run and to my amazement I ran 10k. It inspired me to complete a 10k race at the end of June to raise money for Bowel Cancer UK. My target was set at £600 but in the end I raised £1,010. My mum would be so proud of me, and I thought of her every step of the way. 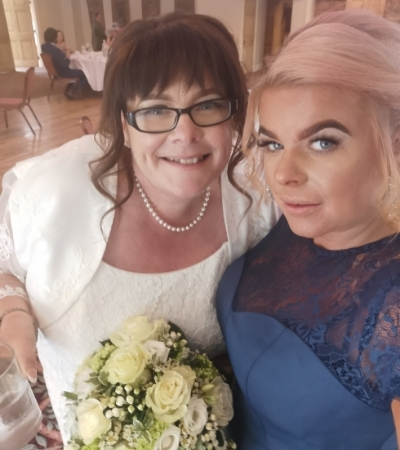 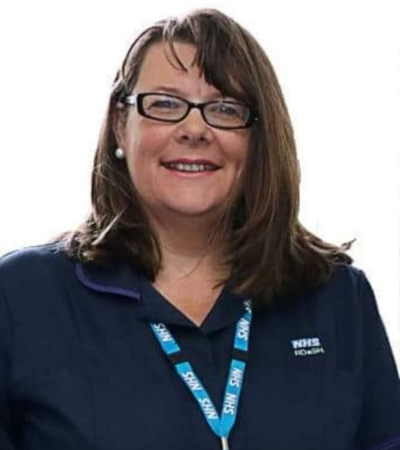