My mum Meena Patel, was the most caring and loving person, my sister and I were so lucky to have her as our mum. She was very brave and taught us to be independent. She was dedicated to caring for her family as well as working full time. She loved going into work and mingling with her work colleagues and chatting to the customers. Mum knew how to have fun; she was the life and soul of a party and usually the first on the dance floor with a glass of her favourite red wine.

She had symptoms for almost two years before she was eventually diagnosed with bowel cancer. She visited the GP on numerous occasions as she had found blood in her stools and she had a lot of rectal pain, which made sitting down for long periods very difficult. However, she was misdiagnosed as having piles several times. She was also told that the pain she was suffering was muscular. She had arranged for an occupational therapist to assess her chair at work and to try to make arrangements for her to be more comfortable.

In 2016 she looked as if she had lost so much weight compared to the year before. She had developed iron deficiency and eventually the doctors arranged a colonoscopy that summer, right after we returned from a family holiday in Italy. Mum enjoyed the holiday, but she was weak and couldn't walk for a long period without feeling tired. Being the selfless person she was she still insisted on carrying her bags and would not let anyone help her.

After she had the colonoscopy, the radiologist discussed the results with me and my parents. She said she doesn#t normally relay this to patients as doctors normally analyse and discuss the results but in my mum's case the tumour was so big, she knew straightaway that it was cancerous.

When she was telling us that it was cancer, it came as a shock to us all apart from mum. She knew something wasn't right and she had been to the doctors so many times. She remained calm, but was scared, and I had tears coming down my face. This is why she didn't want me to come to the appointment with her – she wanted to shield me from the terrifying truth.

It was the worst feeling, and the most shocking. I then quickly tried to calm myself down and give my mum hope that things will be ok and that the doctors can do so much for cancer patients now. In the car on the way back home we called my sister to tell her and she came home the next morning to be with mum.

Due to the cancer being so large mum's treatment began very quickly. She had a high dose of radiotherapy for a week, before her operation which was to remove a large part of her bowel. Mum had to have a stoma and use an ileostomy bag. This was something that she struggled with at the start but soon got used to. She then had more than six months of chemotherapy. Which at intervals did get delayed as mum became more susceptible to infection and therefore had to be delayed until her blood levels were indicating less risk.

Mum suffered from the side effects of chemotherapy. Her long-term effects after the chemo were the feeling of coldness and pins and needles in her hands and feet and sometimes the loss of feeling in her limbs. Which made it very difficult for her to undertake normal day to day tasks. This was heart breaking as even after her treatment she didn't feel like she was the same independent woman she used to be. She found it difficult to walk alone on the streets, she felt she might fall over due to the numbness and she could not drive anymore. Nevertheless, she was still our strong brave mum who put everyone before herself.

She was then given the all clear and her stoma was going to be reversed in the coming months. We celebrated by going on another family holiday. Mum was still weak, due to all the treatment she had and the remaining side effects. Mum wanted to enjoy her life, we went on a cruise to the Caribbean that April to relax on sunbeds and drink cocktails and she went to Budapest with my dad and other family members soon after. That summer she was excited that her younger daughter was getting married. The wedding was in August, and mum looked beautiful. She was so happy. The wedding was a small and intimate affair, however mum felt very tired after the big day.

Soon after mum started having severe back pain which eventually led to pain in her legs. Again the GPs misdiagnosed her, telling her it was due to low levels of vitamin D. They gave her oral morphine for pain management and vitamin D.

After a few weeks on this medication, her pain was unbearable and we rushed her to A&E. We said to the doctors that they need to do investigations and scans, because my mum has very high pain tolerance and would not be in bed, screaming in pain if it was not something bad.

This was our second visit to the A&E within two weeks and this time we were not leaving without them undertaking further investigations like a scan.

A month before this, my mum was strong and independent even though she was still suffering the side effects of chemo, she was still able to care for herself and everyone around her. But now a month later she was weak and in so much pain. I had never seen mum like this. Not even when she had her operation or the other treatments.

The doctor agreed to do an X-ray and blood test and from this they realised that something was not right and kept mum in for more tests. The days went by, and further tests were carried out and we were told that mums cancer had spread to her brain.

The doctors at the hospital were not sure if they could operate, at one point they thought they could, but mum was getting weaker as the days went by and she kept getting infections including sepsis. They were not acting quickly, and days and weeks were going by. It was a nightmare for the whole family and heart breaking to see my mum get smaller and weaker. We stayed with her all day and throughout the night. She suffered a seizure one night while my cousin and I were with her which was terrifying, mum was still strong and she started to pull through after a few days and talk to us.

After a few more weeks in hospital they then told us that it was leptomeningeal disease (a rare type of cancer) and that there was nothing they could do. I got a second and third opinion from doctors based on her reports. They agreed that she was too weak and they couldn't do anything unless she got stronger.

The hospital could not treat her anymore and we were given the option to take mum home or to a hospice. We chose the hospice because we wanted mum to still have doctors and nurses around.

The only option was palliative care but we still had hope. We were lucky enough to get a family apartment, my dad, sister, auntie and cousin as well as myself we all stayed there with mum for almost a month before she passed away.

At the hospice mum was much better than she was at the hospital, she was getting stronger at one point and even managed to get up and walk. She even started to eat more. We were getting hope until one day she just slept all day and wouldn't get up. Mum passed away peacefully on the morning of 25 November 2018, surrounded by her family.

Mum was taken too soon. As a family we were not ready to lose mum so soon in our life and we were left broken. Dad, my sister and I miss her every day, as do her sisters and the rest of the family. Our lives will never be the same without her. I know mum would want more awareness of cancer especially in the Asian community as its not so widely discussed. She was happy to openly talk about bowel cancer and living with an ileostomy bag, which she didn't find pleasant as first.

GPs and health professionals unfortunately do not always pick up cancers at an early stage as the symptoms often mimic other illnesses, hopefully in the future there will be better tests. Bowel cancer does not only affect the elderly. Mum was only in her 50s and had a lot of life to live. We hope that cancers can be diagnosed sooner and people are more aware of the symptoms, and mum's death won't be in vain.

As a family, we are always going to miss mum and probably never come to terms with the fact that she was taken by this horrible disease. However, we keep on going by thinking about the fact that she would have always wanted us to be happy and to live life to the fullest, she tried to embed that in us while she was here and that is something we keep reminding ourselves of everyday to help us to keep going. 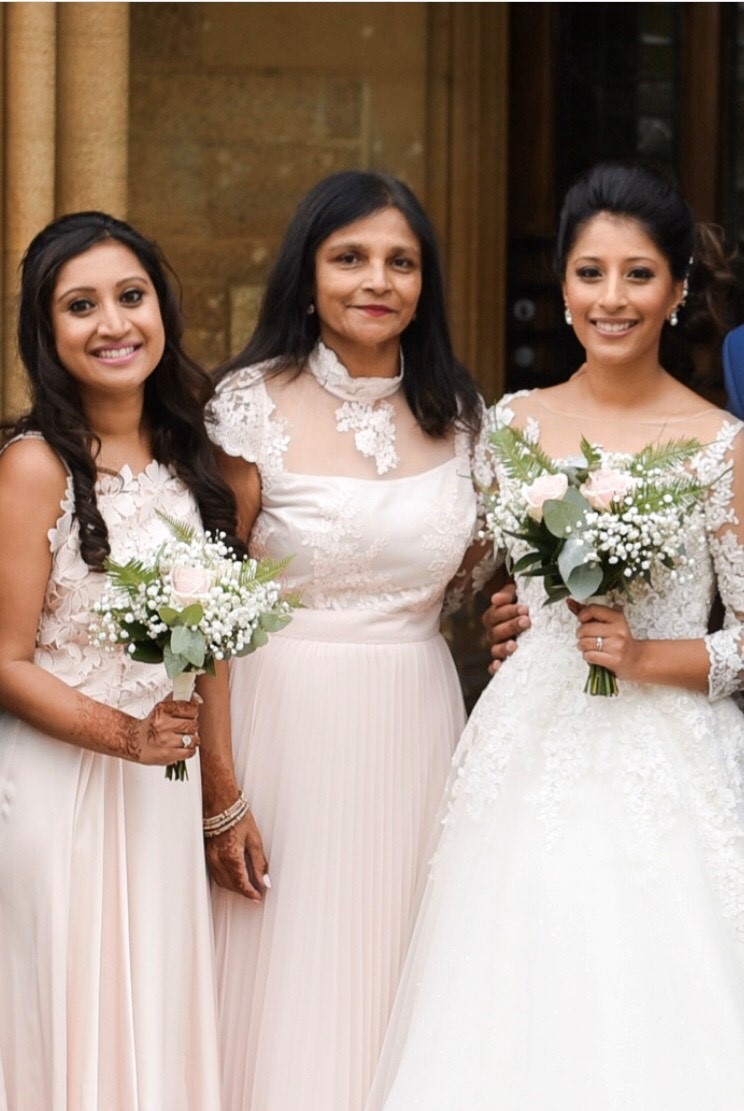 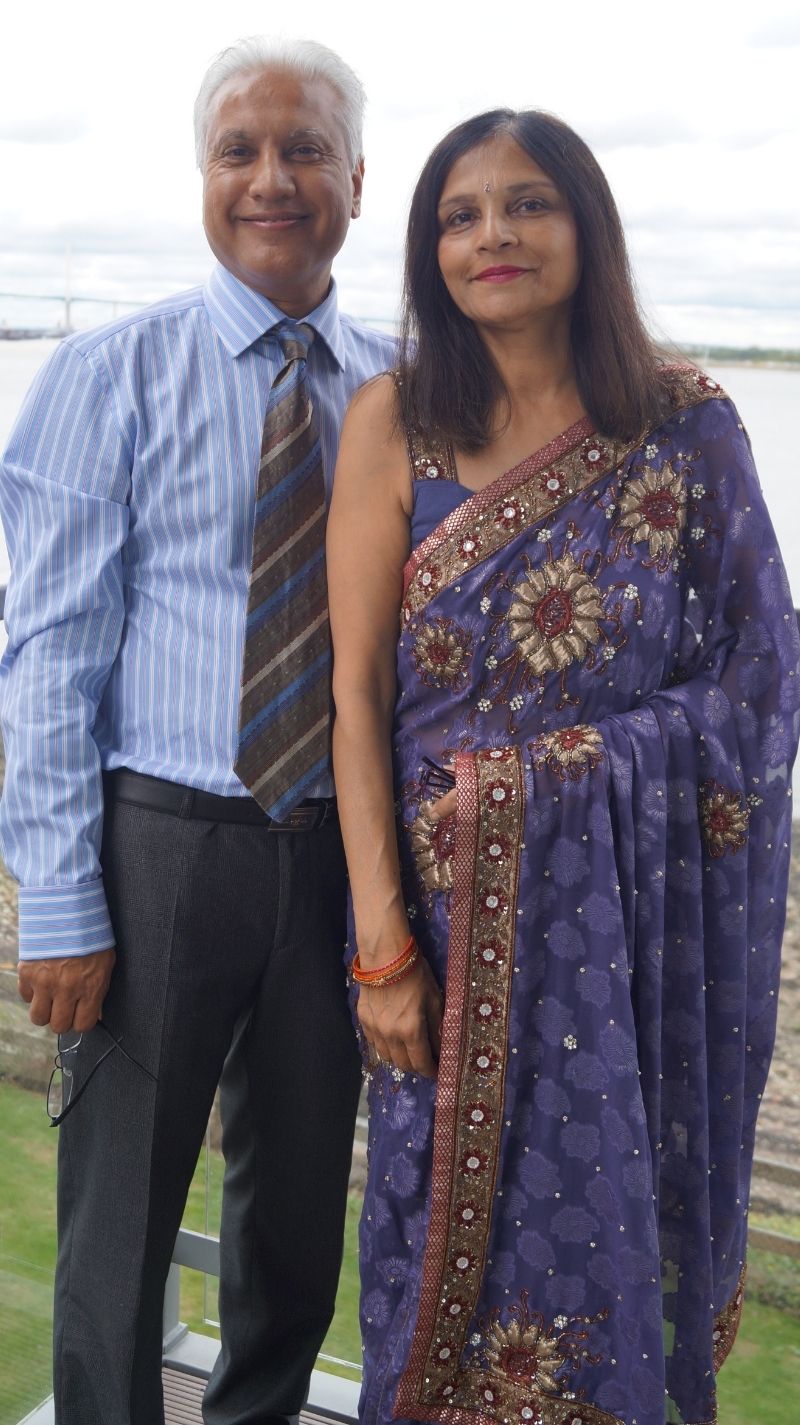 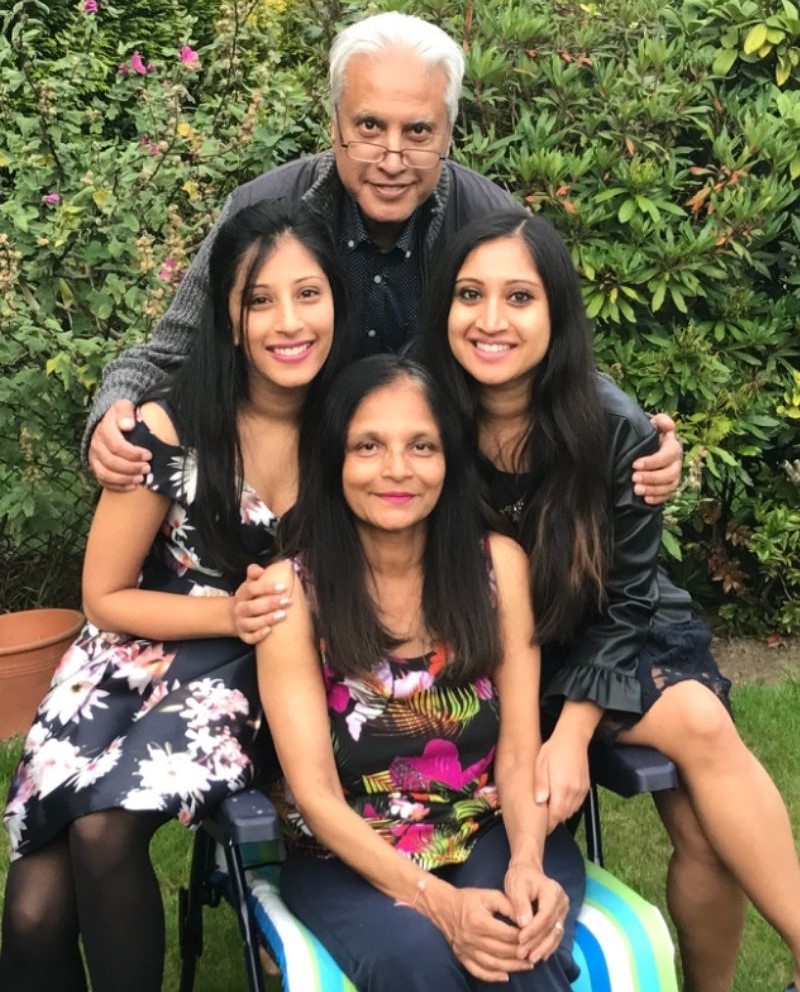 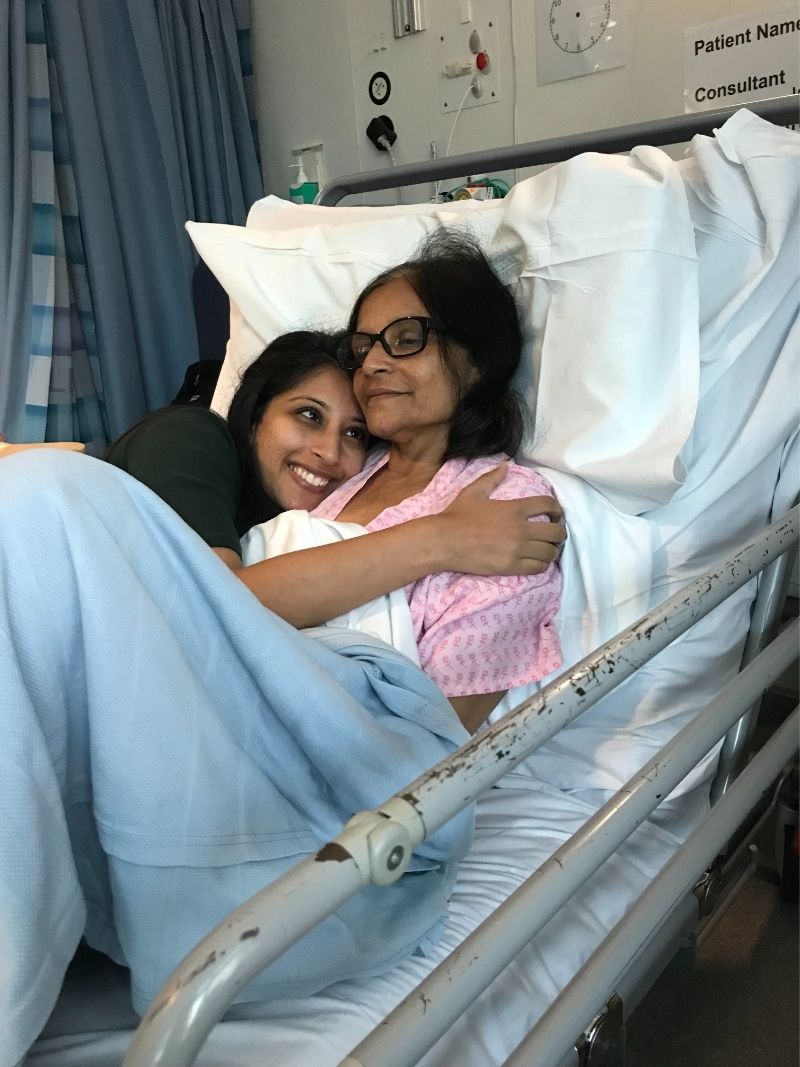