This year was the third year I'd entered the London Marathon ballot and was successful. Last year I ran for another charity because a friend had stage four Non-Hodgkin's Lymphoma and she ran it with me.

In August 2019 I found out my husband David was diagnosed with stage 2 bowel cancer and then I found out in October that I was successful in the ballot for the marathon.

I didn't think I could be selfish enough to run a marathon without raising some money for a charity and Bowel Cancer UK was there.

David started having tests done in June and he found out in mid-August that he had bowel cancer. He's only 46 and he has never exercised properly and had a good diet.

Around eight or nine years ago, he was a couple of stone overweight, but the reason that he thinks that the tumour developed is because he actually suffers from cluster headaches.

They come and go every five or six or seven years. In 2018 his cycle came back and he ended up on high dosage steroids for about three to four months.

They can have a severe impact on your gut and he had gut problems from then onwards.

When David's diagnosis was confirmed in September 2019 we weren't surprised. He had the classic symptoms, he was constipated; he had diarrhoea, he was passing blood and mucus, and he felt a pressure in his bowel.

From the previous 12 months up until his diagnosis, his hair was getting thinner. He lost probably a stone or stone a half in weight, so the doctor sent him to a specialist.

We went private and he'd gone for a CT scan and he was due to have a colonoscopy and they rang up and said, 'don't come in for your colonoscopy, come in at 7:15pm'.

Because it was an appointment at night, I knew it was to see a consultant and we were actually meant to see friends that night, so it didn't I say anything or question him because I knew what was happening.

The next morning he said, 'I've been referred to the oncology ward. They believe I've got a tumour and it is cancer'.

We weren't surprised, we were shocked, horrified and wished it wasn't cancer. Even when we saw the oncologist he said, 'I'm really, really sorry Mr. Rooms, it's bowel cancer, it must be a shock.' David said, 'No, not all'.

By the time we had seen the consultant his tumour was about seven centimetres long. Because it was a tubular shape it was gradually thinning his rectum and bowel.

David was meant to have a colonoscopy but he didn't have one in the end because they were worried it would rupture his bowel. He ended up having a tumour sample taken and that's when he found out it was definitely cancer.

We waited for about two weeks, altogether and he had the tumour removed. The operation (it was keyhole surgery) was successful and he's had a temporary stoma fitted.

We're waiting for the consultant to tell us whether he will need further treatment. The tumour has been sent off to get analysed and he may need further chemo or radiotherapy. This means David's stoma can't get reversed until he's had all that done.

They then did some tests on one of his stools and further blood tests and found some inflammation. In the end David ended up telling them: "we've got private medical care, can I get sent to them please?"

My husband and I have a wicked sense of humour and sometimes people can't deal with us. We've both relied on our humour to help with this situation.

Just to be able to laugh and joke with friends and family – including a close friend who has kidney and liver cancer – just stops any over seriousness.

We've been in situations where we've been chatting with some of our friends and they think treatment is just having a tumour removed and everything will be fine. They don't realise there could be months of chemo after that.

I think David has resigned himself to the fact that he will need more chemo and radiotherapy. If he doesn't need chemo, that will be a wonderful surprise, but he is expecting it.

We understand the stoma he has could be permanent and there's a chance his bowel may never work again.

We didn't read up about the stoma until he went in to have one because we're a couple who deal with situations as they arise and deal with them very practically.

In his family there have been no cases of cancer whatsoever and David's diagnosis and treatment has felt like a cruel blow.

He is a lock and safe engineer running a small family firm in Hull that's been going since 1923. From last April he started fulfilling his dream of opening a restaurant. During that month he started working on the fitting and decorating of the restaurant.

But then in August he was told he had bowel cancer. In September we pressed ahead with opening a local restaurant in Hull which is doing incredibly well.

Before his diagnosis I recall David was working very hard, but feeling light-headed and tired. Obviously we now know why he was feeling so tired.

David has reduced his hours at his family business, but he still does his shifts at the restaurant because that's a job that kept him on his feet and away from a computer screen. Even during his chemotherapy he worked when he could.

Since his diagnosis we've both focused on our quality time and just trying to be more kind to ourselves physically, emotionally and mentally. Thankfully the restaurant is only 50 metres from our house so we can pop back home quite easily if he feels he needs a break.

David's energy has slowly returned and he describes the situation he's in as his new normal. He's been doing really, really well since his operation.

The consultant has been really pleased with his progress and he's been able to start driving.

But David's not rushing back to work, he's being doing lots of things around the house, including walking our dogs and he seems to be improving.

We've been lucky because David has insurance for critical illness and that's really helped us, especially as you just don't know whether you will ever face a situation like he has with bowel cancer. 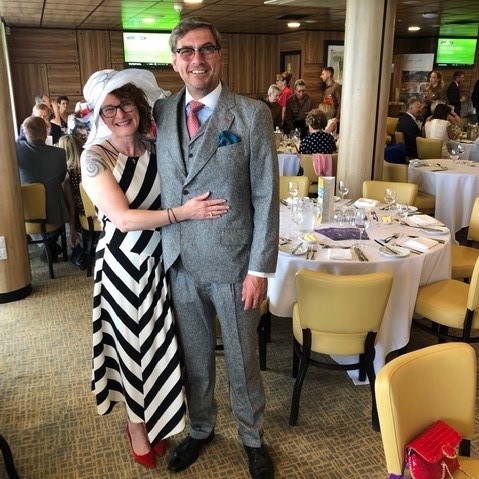 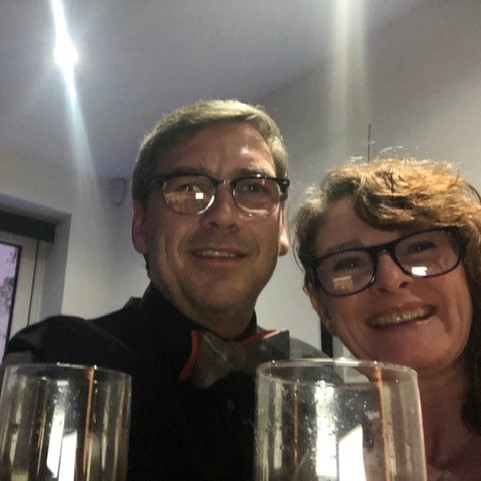 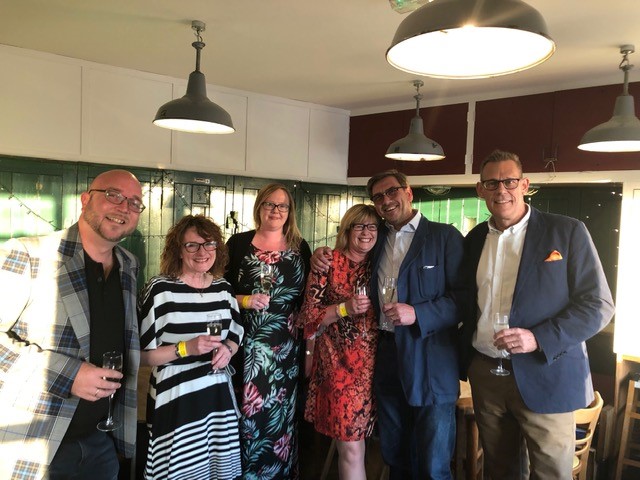 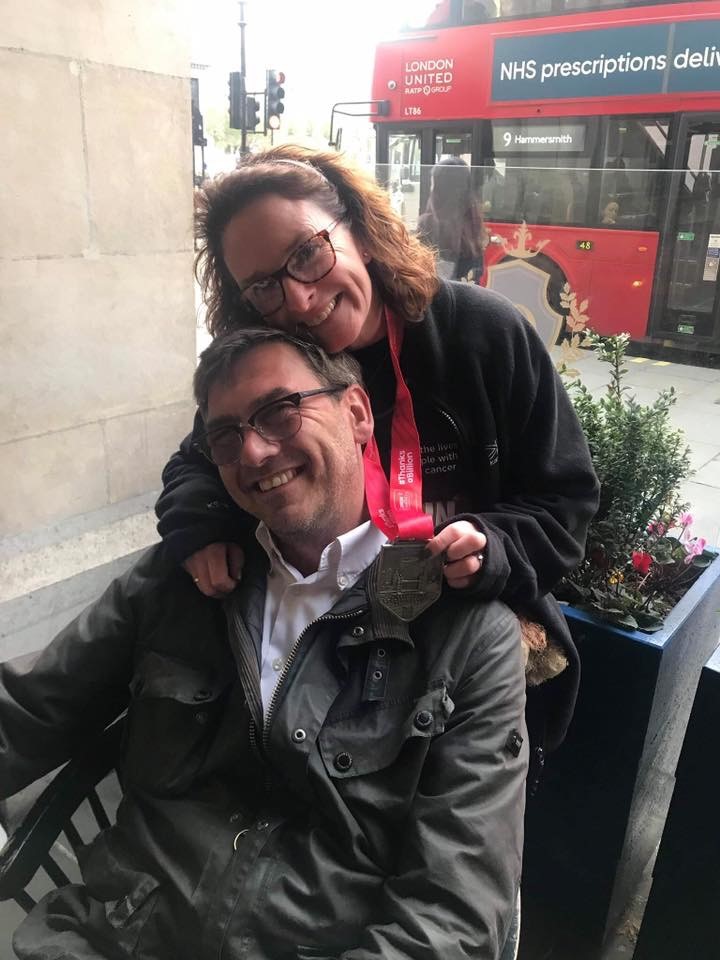