As I sit here, 4 years to the day since I lost my husband Allan to bowel cancer, I try to think back to begin my ‘story’. Why do we say that?... It’s a life, not a story… Sorry. I digress…

So, thinking back. If I’m being entirely honest, this isn’t something I have allowed myself to do too much. It’s simply too painful. But where to begin?

I could start by telling you about Allan. About how special he was to so many, how he loved life, his family and his friends, all of which were true of course, but I’m going to try to stick to the hard facts.

Allan was only 40 years old when he was diagnosed, with me, his at the time fiancé, and our 6 year old daughter Matilda.

As I think; I find myself wanting to record the worst things about this disease, or indeed what they meant to us.

It was Monday 31 March 2014. We knew it wasn’t going to be a good day. We had received a call on Friday evening from our G.P, asking Allan to come to the surgery on Monday morning and to make sure he had someone with him. We were told to go early. I think it was something silly like 7am. We were told to use the the back door.

And so our bowel cancer journey began.

There we were; Allan and I, when our G.P delivered the mind blowing bombshell that Allan had bowel cancer. And it had spread to his liver. He told us that there was nothing that could be done. It was terminal. We were sent away and told to wait for a call for a consultant’s appointment. It’s hard to put into words just how horrendous that moment was, but was it the worst? Unfortunately not. Not by a long shot.

Was it the cry’s from Allan’s mum as she collapsed to our kitchen floor when Allan relayed the G.P’s words? Was it the bowel section surgery, followed by a very poorly Allan in intensive care? Or maybe the chemo, not to mention all of its side effects? No. Each of these events were truly awful, but still not the worst.

We knew that Allan’s prognosis wasn’t good, and we knew that management of treatment was crucial to keep the spread of the disease under control. Allan’s treatment had been grueling and it really had taken its toll, despite him “looking so well” as friends often commented.

It was early December 2014 when Allan’s consultant wanted him to take a break from chemo. His treatment had been working well, his counts were looking good. In fact, he was told that he was in a really good place to take a break, ready to hit another round of chemo in the New Year. We were in shock when we received this amazing news. It felt like we could breathe for the first time in a long time, and it couldn’t have been better timed as it meant that we were able to take this opportunity to concentrate on enjoying Christmas with Matilda. Oh, and of course the arrival of our second baby (I had found out I was expecting, the very same day that I collected Allan from hospital after his resection).

We knew that Allan’s prognosis wasn’t good, and we knew that management of treatment was crucial to keep the spread of the disease under control.

Francesca was born on 21 December 2014. This was undoubtedly a good day, however, for me, it will always remain bitter sweet as I remember Allan being in a lot of pain. Typically, he tried to keep it to himself and never liked to make a fuss.

It was early February 2015, and the day arrived for Allan to meet with his consultant to arrange his next round of treatment. It was too late. During the break from chemo, the cancer had progressed very aggressively. Allan was immediately admitted. He had blockages to his liver. It was not functioning properly.

He was in so much pain, and as if he was not suffering enough, he had to endure three attempts to have stents placed in his liver, whilst awake during each excruciating procedure.

I remember being on the ward and being told that unless his liver began to function, Allan would be unable to receive any further chemo. Basically, there was nothing more they could do. This was possibly one of the worst moments for me.

Or was it? As I write this, I doubt myself. Each moment had its very own kind of unbelievable awful.

Perhaps one of the hardest things for me was having to make the decision to leave my six week old baby and seven year old daughter at home with family, whilst I stayed with Allan at the hospital every single night for five weeks. Don’t get me wrong, I have no regrets about choosing to stay with him, but to say that I resent bowel cancer for putting me in that position and denying me that time with my newborn baby is one hell of an understatement.

Every day was heartbreaking. Watching Allan waste away, totally helpless. But being told that Allan’s body could not cope with another round of chemo, as this would kill him before the cancer, was beyond difficult. With this news, we were referred to a palliative team and we arranged for Allan to come home, not before turning our bedroom into a hospital room of course, where we cared for him for 10 days.

So, what was the worst thing about bowel cancer for us? Was it what Allan was made to experience? What we had to helplessly witness and indeed ourselves endure? Was it the conversations it forced us all to have? From Allan telling me that he wanted me to meet someone else and to be happy (to which I would immediately shut him down, impossible to even consider this an option); to me calling his sister to tell her that she needed to come over, we didn’t have long.

But ultimately one of the hardest things imaginable, was telling our seven year old daughter that ‘daddy’s body is going to stop working’. Little did we know that this was to be only 30 minutes before he actually passed away.

In hindsight, I do regret us not telling Matilda more, but we so wanted to protect her. We both vowed that we’d never lie to her, and we didn’t. Nor did we ever lead her to believe that daddy’s medicine was going to make him better, but at the same time, we never mentioned that bloody ‘c word’ either.

Allan passed away at home on 21 March 2015 with his loyal, loving mum and myself by his side. His dad and sister downstairs with our seven year old and 12 week old girls.

Every day was heartbreaking.

Allan was seen by a number of G.P’s, paid for a private consultation and made several trips to A&E over a three year period prior to his diagnosis, being told that he was too young to be tested for cancer. He was worried for a long time that something sinister was causing his problems, which of course they all labelled as IBS.

So, I think I may have just answered my question. The worst thing about bowel cancer has to be that all of this could have been avoided with early diagnosis. It really is as simple as that.

My understanding is that the capacity crisis is preventing systems and procedures needed to implement early diagnosis of bowel cancer. No doubt due to insufficient funds. But surely early detection by means of a simple colonoscopy and any required preventative treatment must cost a mere fraction of, in our case, the cost of major surgery and countless procedures, aftercare, chemotherapy, a five week stay in hospital, district nurses, occupational health team, palliative care, an unbelievable amount of drugs, hospital transportation and the equipment which enabled Allan to come home.

To the real victims and sufferers of this awful disease it’s never about the money, but the cost of lives. Like Allan’s life, which was taken from all of his family, but most heartbreakingly from our seven year old daughter, with whom he had a mutual adoration for, and our 12 week old baby, who sadly will never have any memories of her daddy. 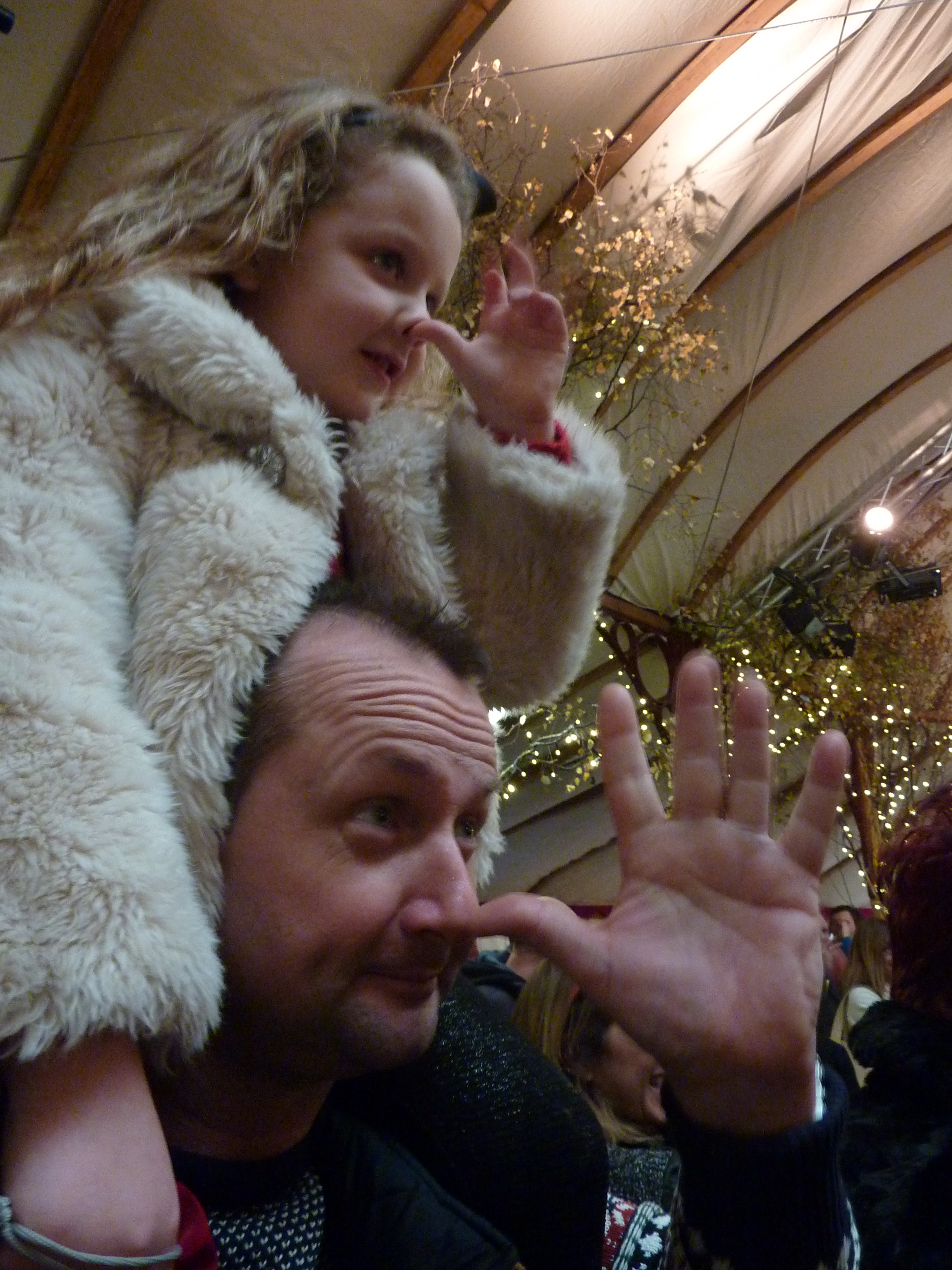 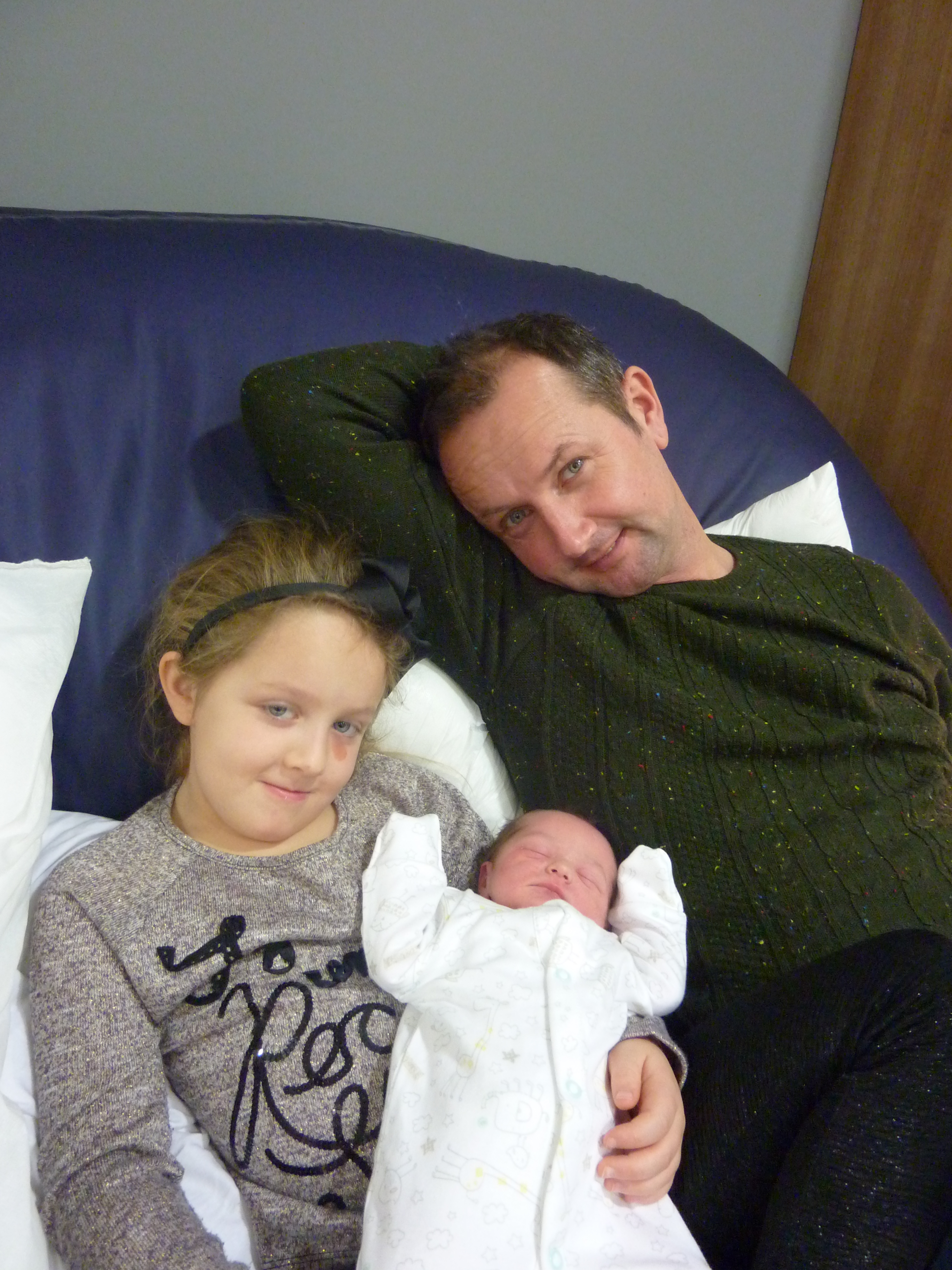