George and I met in 2006 when we were 23. We were young, straight out of university, and met when we started our first proper grown- up jobs at Mars Chocolate UK.

We became really, really good pals, fell in love and got married in 2011. We welcomed our first son in 2013 and our second little boy in 2015. It was in 2015 when our youngest was 8 months old that George was also diagnosed with bowel cancer.

The story of George’s diagnosis is one that probably sounds familiar to people who have had or still have had bowel cancer; particularly those who are younger.

We got given the run around by lots of medics in terms of diagnosing what was wrong with George. Sadly, despite some of the obvious symptoms that he had, we were misinformed on numerous occasions that he definitely didn’t have bowel cancer because he was far too young.

We were in a busy season of life. We had moved house and life as it is for many with young children was exhausting! Added to this, George was commuting every day to his job in London, so like most young dads, he felt absolutely exhausted! Every time he mentioned this to any medical professional they practically laughed him out of the doctor’s surgery. ‘Of course you feel exhausted,’ they would say. ‘What else do you expect to feel? You’ve got a young baby and you’re commuting to London!’

George’s health wasn’t good, he kept picking up colds. He was going to toilet more often; but back then didn’t openly discuss the changes he had seen in bowel habits. The bleeding he had experienced on multiple occasions was brushed off as haemorrhoids at numerous GP visits.

It was only when George took a blood test at our local surgery and the results came back awry that we decided to go and see a private doctor. We asked for a thorough blood report – hoping for some answers. The consultant he saw told him his bloods looked okay but remained concerned that there was something clearly not quite right with George’s health.

At this point George was advised to have a colonoscopy. He opted to do this several weeks later at a private clinic as our GP didn’t believe there was any need for investigation through the NHS. As soon as consultant put the camera inside his body they saw his primary tumour. This was because it was very low in his rectum. That moment was incredibly shocking for us all. It was so unexpected and almost like a time-space continuum of fear, dread and panic.

George – so similar to lots of young people diagnosed with cancer – wasn’t an unhealthy person. He was the kind of guy who went on four-hour bike rides for fun and was incredibly mindful about the food he put into his body. He was much more of a health fanatic than most people we knew. So when we found out he had cancer, it was a huge shock. We knew he was unwell but never in a thousand years did we think it was anything that serious.

We then did what lots of people potentially do when we they find out the Big C has turned up to the party of their lives uninvited. We said to ourselves ‘hopefully we got it early.’ We started looking into bowel cancer and optimistically discovered that it’s potentially curable. We crossed our fingers and hoped for the best as we anticipated his first scan results.

A few days later we got the worst of worse case scenarios. We were told that the cancer had spread significantly to George’s liver and that he had several secondary tumours there. It was awful, gut wrenching and life altering all over again. Just a few days later George embarked upon his first series of treatment. He did seven rounds of chemotherapy and his initial response was absolutely overwhelming. The ‘magic medicine’ as we coined it, made all of his liver mets disappear and had a huge impact on shrinking the tumour in his rectum. The guys at the hospital were elated as the response was the best we could have ever hoped for.

George then had five weeks of radiotherapy which obliterated the tumour in his bowel. The small residual tumours in his liver didn’t seem to budge though, so we were advised to have a few months of ‘watching and waiting’ to see what they did. Life returned to the most normal rhythm we had felt for months in this time and it felt really good to live again.

Just a few months later we discovered that the liver tumours were growing and it was decided that the best course of action was to proceed with the liver resection. George was incredibly positive and dynamic throughout the whole treatment process. There was never an impression, or shadow of doubt in his mind that he wouldn’t get better. He was always so positive about the situation, his attitude was heroic and slightly hypnotic.

George had a liver resection in the summer of 2016. At the time he told the hospital staff, ‘I’m going to ride from London to Paris six weeks from now.’ They laughed him out of intensive care.

Six weeks later George was on his bike riding from London to Paris! This was the second big cycling event he completed whilst having treatment. He had already taken it upon himself to participate with friends in the Ride 100 earlier that summer!) This is how our fundraising for Bowel Cancer UK began. It was born out of George’s passion for cycling and wanting to turn something sad and painful into something really positive, educational and provoke change.

Tragically, just eight weeks after cycling to Paris George passed away. His decline was quick. We thought we’d got rid of the cancer in his liver after his re-section, but just a few weeks post-surgery started to feel unwell and couldn’t seem to get better. He had indigestion pain and after several visits to the hospital to try and understand the cause, further scans revealed that his cancer had returned at pace. He was offered more chemotherapy but sadly only managed one round before he died in November 2016. He had just turned 34.

George’s last few weeks alive were very much an emotional rollercoaster. He experienced pain and trauma but also incredible beauty and lightness. His last seven days alive in the hospital were beautiful and filled with love and hope. It was unlike anything I had ever previously experienced; sadness, beautifully sitting alongside perfect peace and love.

George’s death was beautiful. I know this is not something people would expect to hear, but the process of his passing dramatically altered our perceptions of the world we live in. George and I began to look at human existence from a very different perspective; a much more spiritual perspective. This was something that was completely new to us both!

The story of what happened to George is so beautiful that I’ve written a book called ‘Hope is Coming.’ In this memoir I share the true-story of how death and grief allowed us to witness first-hand the strength and fortitude of the human spirit.

George had the most incredible ending to his life. Yes, it was tragic, but it has also proved to me that peace and connection can emerge from sadness. I recognise that this statement sounds countercultural. George was so young, he’d only been a father for three years and had so much to live for. But I promised him just days before he died that I would tell the story of what happened. That I would help raise awareness of bowel cancer in younger people in his name. and that his legacy and life would not be in vain. George’s death was beautifully sad. The grief we feel as a family is at times biting. But the purpose, hope and lightness I feel in my heart is what drives me to educate others on this disease and share that death is not to be feared. Love and hope can still win if open your heart to allow the light to shine into the grief and despair.

Louise’s book ‘Hope is Coming’ relaunched on 2 December 2021 in hardback, ebook and audio. Order a copy. 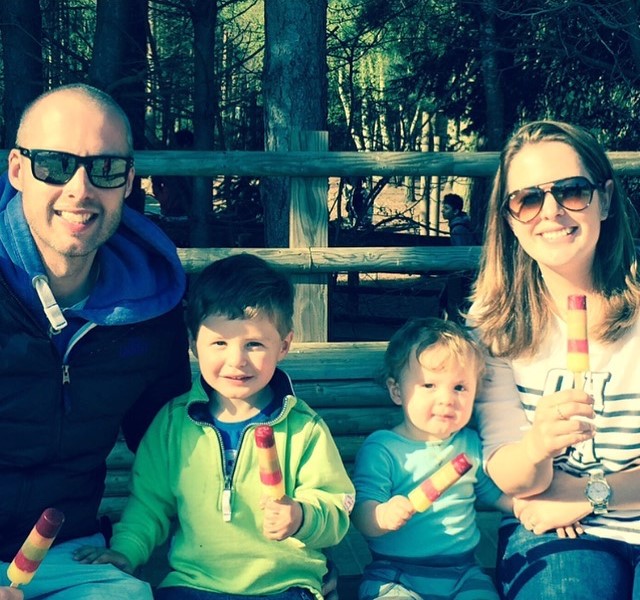 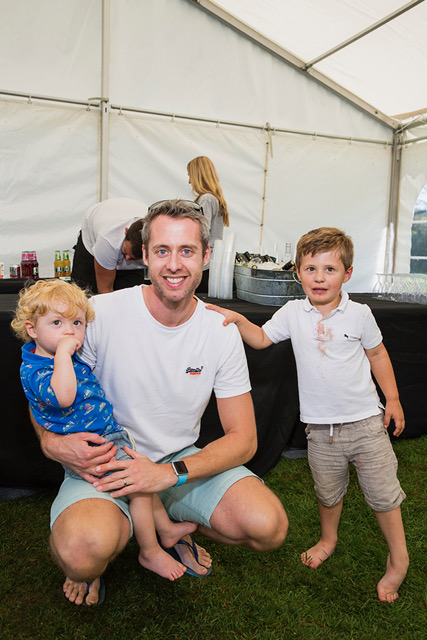 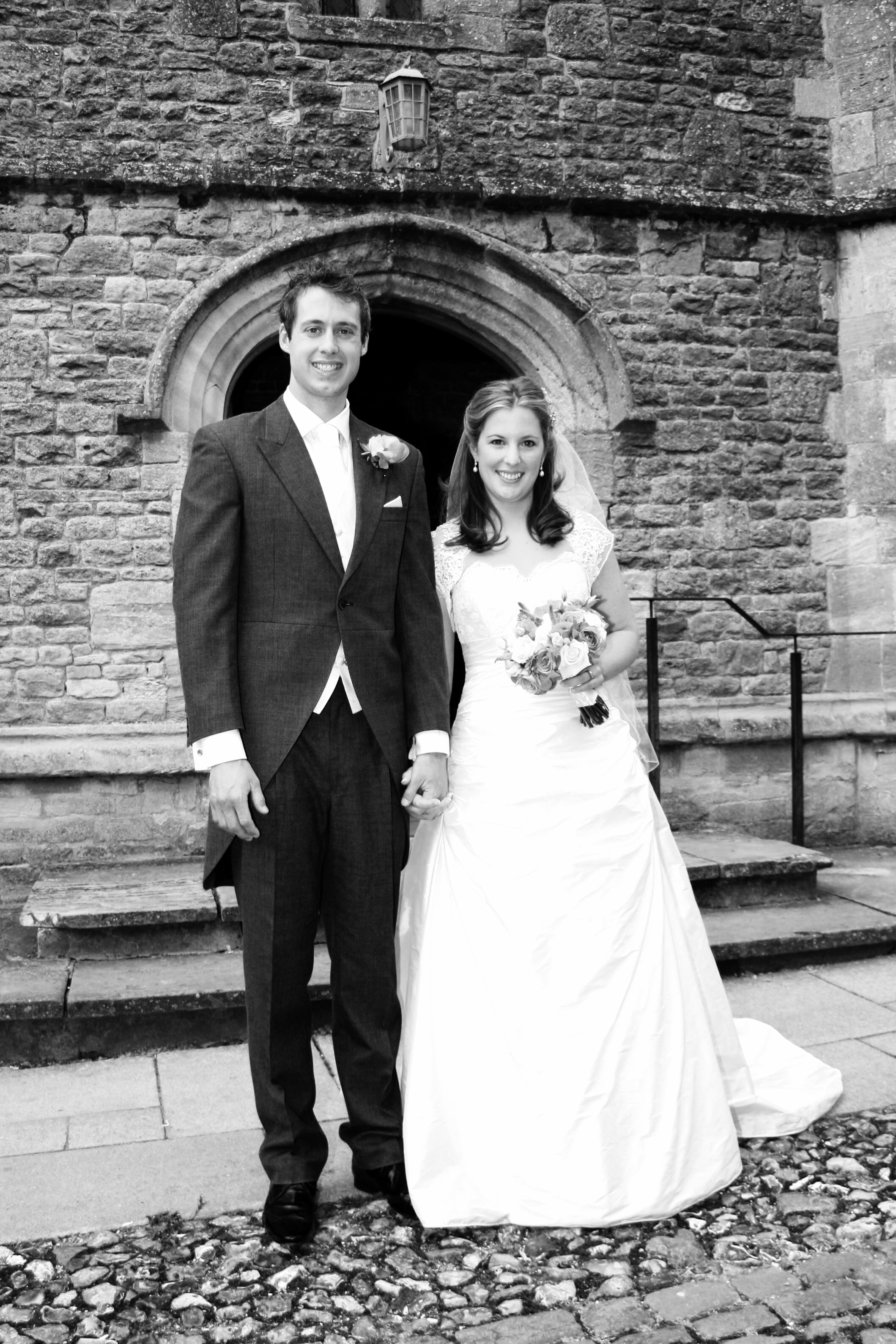