Harriet and I are first cousins, but with only 5 months’ age difference we are more like sisters and have been brought up as such. I only have one brother and Harriet is an only child. We used to live on the same street and attended both primary and secondary school together. We always have been inseparable. And now are children are growing up to be exactly the same as us. We are a very close family and always refer to each other as ‘sisters’.

From December 2020, Harriet was always complaining of a sore bottom. She had cramp-like symptoms, but because she was running her own cleaning company and working so hard, at first she thought it was just strained from pressures of work. After this, she had pile-like lumps and some bleeding. Her GP prescribed her pile cream and said she had internal piles. From January 2021, Harriet’s bowel habits had changed and she was going to the toilet very often and always after eating. However, she had the feeling that her bowels were never completely empty and she always had a pressure feeling.

After numerous visits back and forth to her GP, the GP suspected Colitis. He referred Harriet for a colonoscopy but advised her there would a backlog due to Covid, so her appointment might be a bit of a wait. He told her that due to her age it was unlikely to be bowel cancer and she should not worry about that. Even after an internal examination and lots of blood being present after this, he told Harriet that it would not be cancer and this blood loss is usual with piles and colitis. Harriet was still very concerned. She changed GPs and was referred for an emergency colonoscopy. She had to wait two weeks for her appointment. After being diagnosed her initial referral letter came from the previous GP, and a colonoscopy appointment was scheduled for her on the 16th September. If Harriet did not change GPs and waited until September, I actually think she would have been dead by now.

Harriet was diagnosed after her colonoscopy. I found it very unusual that the Doctor told her that she had bowel cancer but gave no further information. She was advised that a nurse would be calling her to discuss her next steps in the morning. Then she left the hospital. I couldn’t understand how they could tell her something so life altering as that and then just let her leave like nothing had happened. Her mum drove her back from the hospital and I met them at Harriet’s house. Harriet found it very difficult to process what she was just told and we spent the night crying, hugging and screaming. It was one of the worst nights of my life.

Harriet’s first oncology appointment was on 18 June, six weeks after her initial diagnosis. During this time, different medical professionals were giving Harriet all different information. On one visit to A&E, due to excruciating back ache, a Doctor told Harriet that looking at her scan results that there has been no spreading. Another told her she had one met in her liver. However, during her first oncology appointment, Harriet’s Oncologist explained to her that the scan results showed four mets on her liver: three on one side, one on the other. The scan also showed something in her lung. Her oncologist explained that the spec on her lung was very small and it may not even be cancerous, so for the time being they will not worry too much as further tests will only delay her chemo start date and it is vital she starts chemo as soon as possible. Harriet was told in this appointment that she had stage 4 bowel cancer.

On 6 July, Harriet started chemotherapy. She is on FOLFOX and one round consists of six cycles. The first day of each cycle, Harriet is in hospital and has chemo administered through a drip. The following two days she is connected to a portable pump which slowly releases the chemotherapy. After two days the pump is removed. This is repeated every two weeks. Harriet has so far had three cycles, so she only has three more to go. Then all the scans will be repeated to see if there have been any shrinkages so she can then have her operations. Harriet has been told that she will have her whole bowel removed and also have a liver resection.

There is no history of bowel cancer in our family. During Harriet’s three pregnancies, she always suffered with low iron and always needed blood transfusions. The midwives couldn’t understand why her iron levels were so low. During the colonoscopy, it showed Harriet had numerous polyps. The doctors think Harriet may have FAPs and thinks it could be genetic. She has been referred to the Genetic Clinic and if it is confirmed as FAPs her children will be regularly screened going forward.

Life has never been the same since 8 May. Not just being physically unwell, but Harriet’s anxiety means that she is no longer able to participate in day-to-day life. Even on the days she feels ok, she does not like to leave her house, her partner or her kids. My life, is now spent reading up on bowel cancer. The Bowel Cancer UK website had been invaluable to me. Morning, noon and night, I read all relevant information searching for positive real life stories. Scanning the forums and reading other people’s experiences just so I can relay them to her and give her the positive boost she so desperately needs. When she calls me and asks a question, I need to know the answer and I get all the answers from Bowel Cancer UK. I feel like I could potentially be a bowel doctor the amount I know now! Harriet laughs at me and jokes that my nursery children will all be little bowel experts by the end of the school year.

I have four children at home and a partner also. It is difficult to find the time to visit Harriet, take her to appointments or help out with her children. But as difficult as it is, my partner and I rally together. We know we are the lucky ones, we and our children are healthy, so at the moment Harriet and her little family are our priority.

Life is now filled with tears and more tears. Harriet has struggled with her diagnosis and it has taken a long time to process what is happening to her. Some days she is positive, other days not so much. I try so hard to be strong for her; I try my best not to cry when she cries and try not to overwhelm her with positivity. I’m just there for her, a strength that she desperately needs.

Recently, I have been offered a place to run the London Marathon 2022 for Bowel Cancer UK. I am a complete novice and have never run before, but because Bowel Cancer UK has been my go-to, my safety net, my strength in supporting my sister, I feel like I need to give back to them. I also need an outlet to let off my cancer steam and I think running will be a great way to improve my mental health and give me something positive to focus on.

Harriet and I have started an Instagram page together @cancer_chicks, which is a safe space for people with cancer and their relatives. So many people message us regarding their own or a loved one’s diagnosis and it feels so good to be able to support as well as receive support from others going through the same thing. 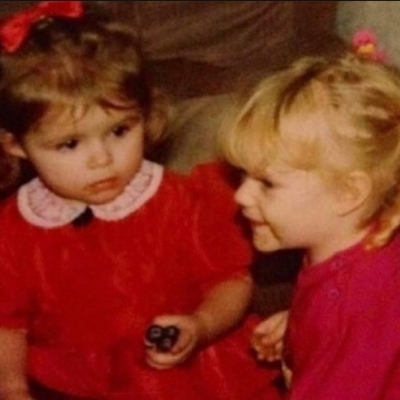 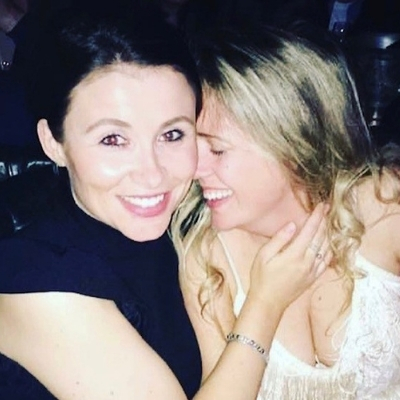 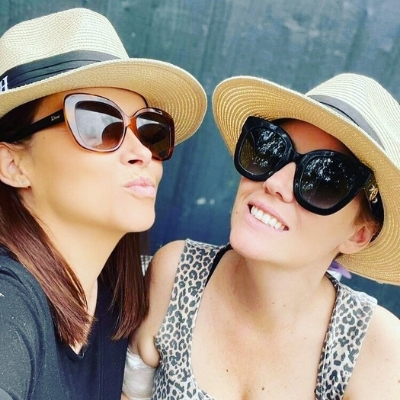