My fiancé Alton was diagnosed with stage 3 bowel cancer in July 2017 at the age of 30.

It started off as a bit of a running joke from about November 2016 regarding how long Alton would spend in the toilet. Both myself and the kids would make jokes that he was using it to get away from doing house work or to have some me time.

In January 2017 Alton’s dad was diagnosed with mouth cancer and I think that was the first time Alton said he should probably go to the doctors about his toilet situation. He was struggling to go to the toilet and there was some blood in his stools. As uncomfortable as he was discussing it, he went to the doctors a month or so later and he was treated for constipation. He tried everything that was advised, but nothing seemed to work. I still at this point didn’t really feel that worried and bowel cancer did not even cross my mind. I do however, remember having a conversation one evening when he said “imagine, I’ve Googled all my symptoms and it says bowel cancer.” We laughed and I said “If you type any symptoms into Google it always tells you the worst.”

Alton then but had his doctor appointment and called me at work to say they were sending him for a scan. Again, I didn’t feel too worried. The first moment I worried was the day of the endoscopy. He WhatsApped me and said that the doctor said he could see some redness on the camera and it could just be an infection, but he needed to do a biopsy to be sure. To which I replied, “so what else could it be?” and he wrote back “cancer”. I instantly felt my stomach drop and called him. He seemed chilled and said the doctor had been very clear that this was very unlikely due to his age.

Seven days passed as we waited for the results. I went in and out of worry during that time, cried in private and then was fine the next minute. I was out shopping with the kids on a Saturday and Alton rang me to say the hospital had called and asked him to come in on Monday for his results. I instantly felt sick and I thought that this must be serious. On the Monday, we both went to the hospital and were told that unfortunately it was a tumour. It’s strange to say, but I definitely felt that worrying sick feeling that I had disappear as soon as she said it. It’s like the unknown was worse. Jo, the consultant we had was great, she instantly went into lots of detail about the next steps so I think that helped a lot. It was definitely surreal. Alton looked straight at me when she told us and asked if I was ok.

Alton went on to have an Ileostomy before his treatment. He then had chemotherapy and radiotherapy combined and he also drastically changed his diet. He continued to go to work other than when he had had surgery. He had complications with his ileostomy and lost four stone, but he had little major side effects. He was tired sometimes but it never knocked him out for long periods.

It was the strangest 18 months ever after his diagnosis. I had to adjust my shifts at work so I was able to drop the kids off and pick them up where I could. I work full time but they were extremely helpful and supportive. Family and friends assisted where they could and I made sure I attended very appointment he had from the date of diagnosis.

Alton now has blood test and scans once every six months. So far he is still ‘cancer free’ and we continue to remain positive and hopeful this will continue. Everyday Alton’s strength and positivity both then and now continues to inspire me. Our family is thankful for him every day. 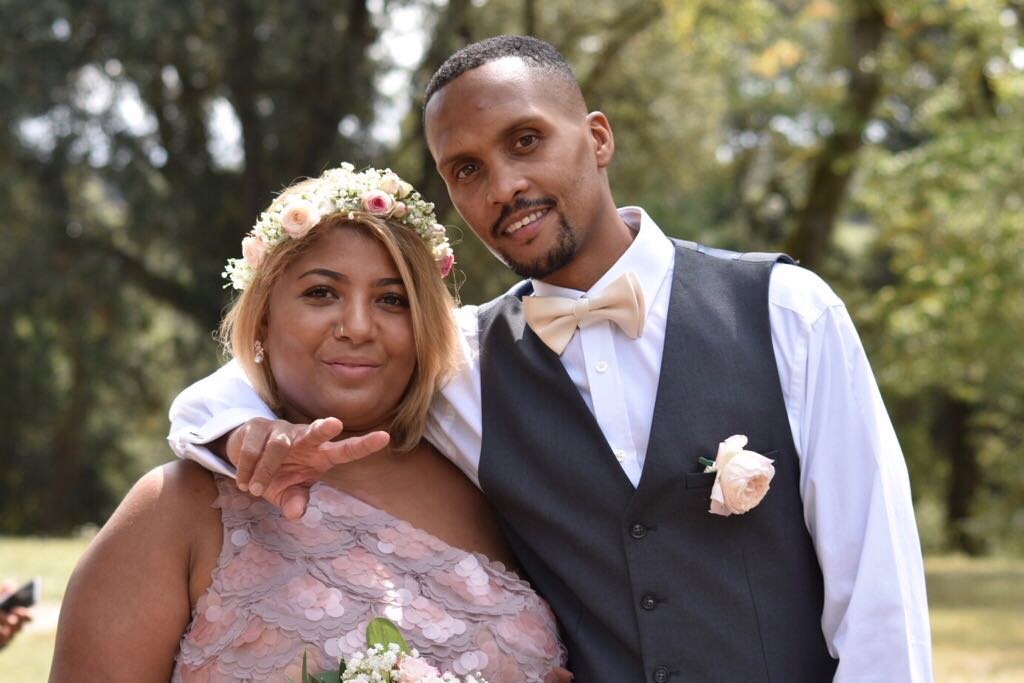 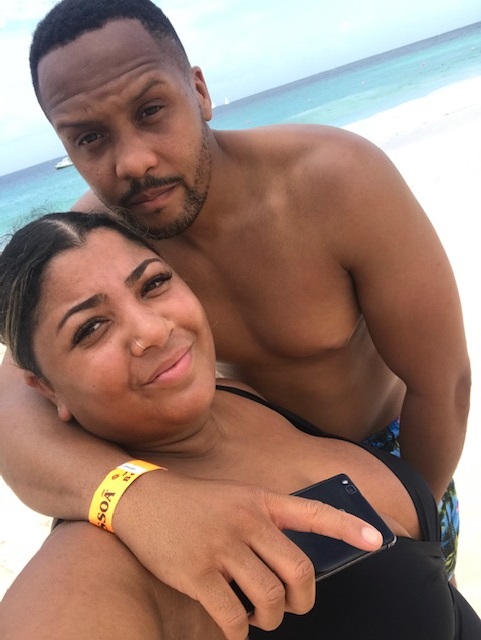