It was Nathan’s 31st birthday on 17 October 2020, instead of celebrating together I was visiting him in the chapel of rest. He’s been my boyfriend of eight years.

Around September/October time 2019, Nathan started to notice some twinges in his lower abdomen but being a young, healthy man he never thought anything of it. Over the coming months the twinges continued and he noticed a change in his bowel movements so Nathan made and appointment with his GP and they took his bloods and a stool sample, which came back clear.

The following month he was unable to pass any stools. He wasn't eating properly as he was so backed up, he ended up in agony every time he ate as nothing was passing through. One particular evening the pain was so bad we went to A&E.

After an X-ray and bloods, we were told he had a blockage but it was due to constipation and was sent home with laxatives. Nathan started on the laxatives but nothing improved. We went to A&E for a second time, same tests, same outcome - constipation and again sent home with laxatives. The third time, we went to a different hospital this time hoping for some answers but again same tests, same outcome.

In January 2020, Nathan went to A&E for the fourth time and he was finally admitted due to the amount of weight he had lost and the pain he was in and the amount of time it had been since he had passed any stools. They finally took Nathan for a CT scan and the following morning he had emergency surgery and had a stoma fitted.

During this surgery they took a biopsy of the mass in his bowel and three days later the doctor came around and were given the devastating news that Nathan had stage 4 bowel cancer, which had spread to his liver.

We were heartbroken. Nathan had uncountable tumors in his liver and it had also spread to his peritoneal lining deeming it inoperable and incurable but we were hopeful, he was young and fit so we were ready for a fight.

Once he had recovered from his stoma surgery, he was sent home and we were told to await a phone call to arrange chemotherapy. During this time Nathan became Jaundice. In February Nathan had an appointment at the hospital with his palliative care consultant so we attended and she noticed Nathan's colour and was concerned so requested a blood test and CT scan that day.

We were then told chemotherapy wouldn't be an option due to his liver not functioning well enough for his body to handle the treatment and Nathan was given months to live. Once again, we were devastated.

He was then assigned to an oncologist who came to see Nathan within the next few days whilst he was in hospital being treated for Jaundice. Dr Tsang wanted to do all he could for him given his age so he suggested further surgery to have three stents put into his liver to improve the function so chemotherapy could go ahead.

Nathan had a grueling five hour operation whilst me and his mum waited anxiously. The surgery was a success, his liver function improved and chemotherapy was given the go ahead. We couldn't have been happier.

Chemo began at the end of Feb which he tolerated incredibly well and after six cycles we had the incredible news that treatment was working and his tumors were shrinking. But our happiness was short lived. Nathan began contracting infections, meaning his chemotherapy was put on hold for a few months due to several hospital stays until the infections cleared up.

After three months of no treatment, Nathan's cancer grew and he was admitted one last time due to his stoma not working properly. After numerous scans we were told he had a tumor growing around his stoma which was effecting his output and was unfortunately inoperable, therefore he was unable to have chemotherapy.

On 17 August we had a meeting with the surgeon and palliative care consultant and we were told there was nothing more they could do for him. Our whole world fell apart, our precious Nathan was going to die. His wishes were to be cared for at home so a week later once he was discharged we took him home and cared for him until the 5 October when he sadly died.

Nathan passed away with his loved ones by his side. He was the bravest, strongest and most courageous man, he fought until the very end. We are all absolutely heartbroken and our lives will never be the same. Going forward, we don't want anybody to go through what we have or anyone to suffer what Nathan had to endure. 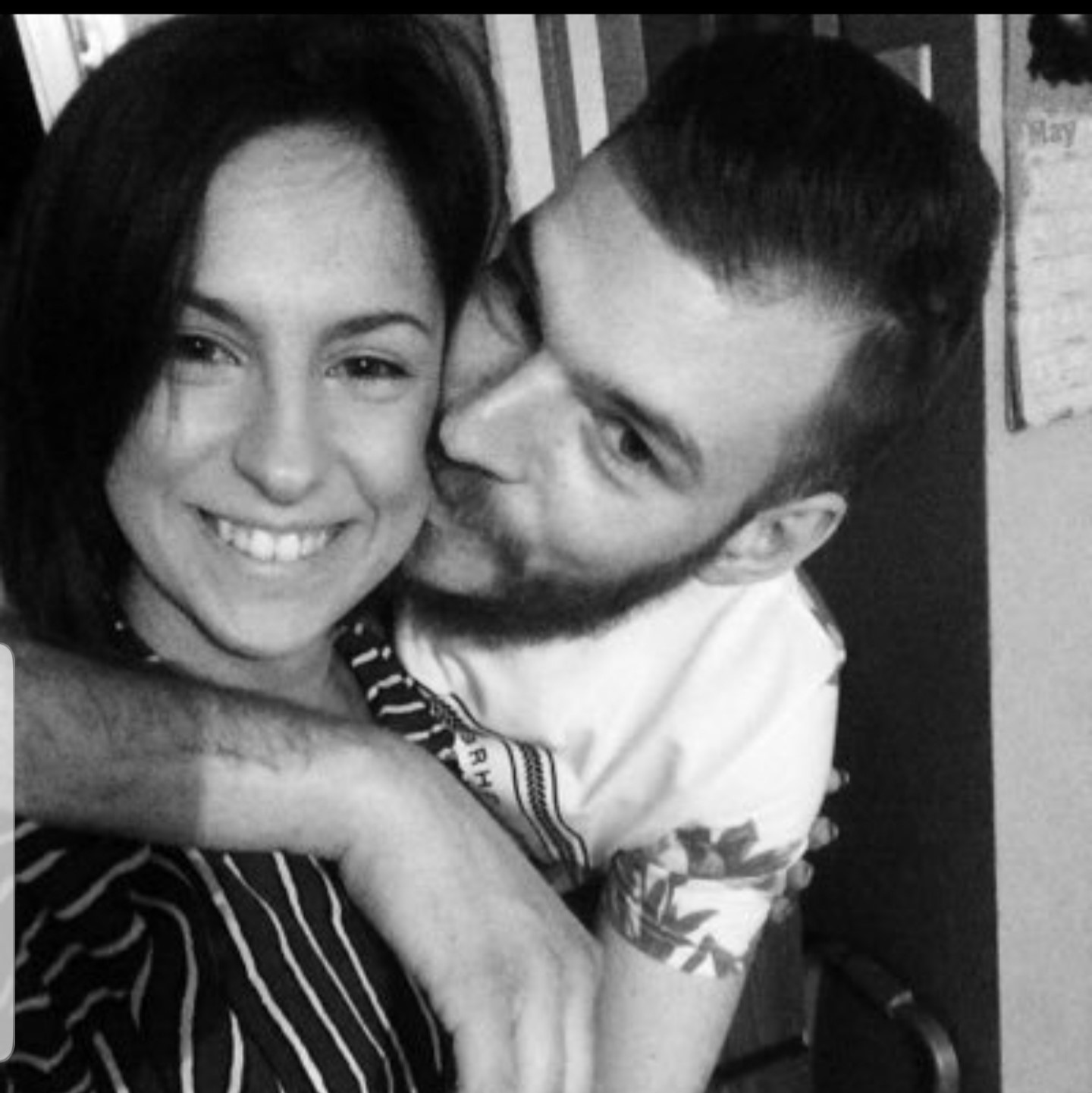 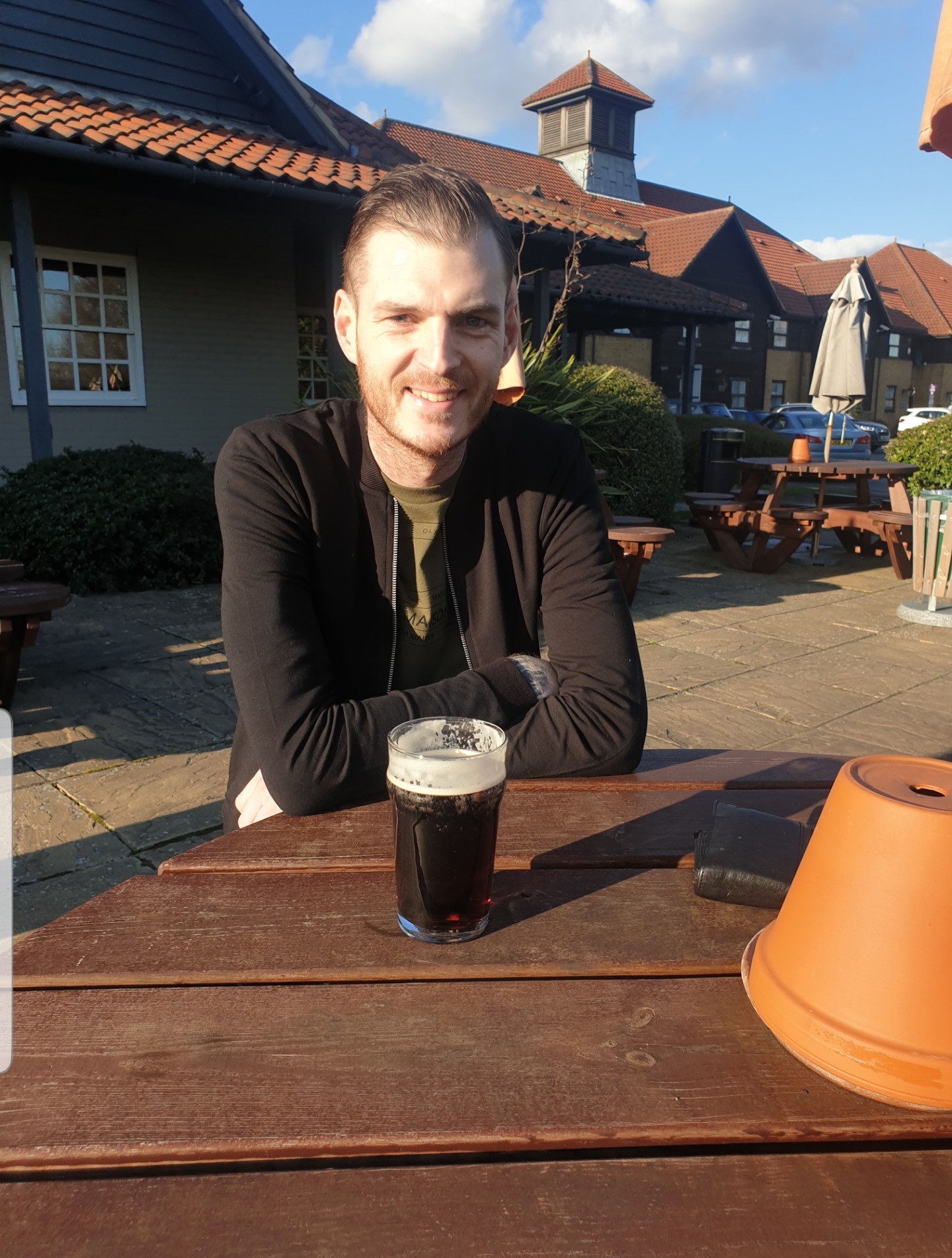 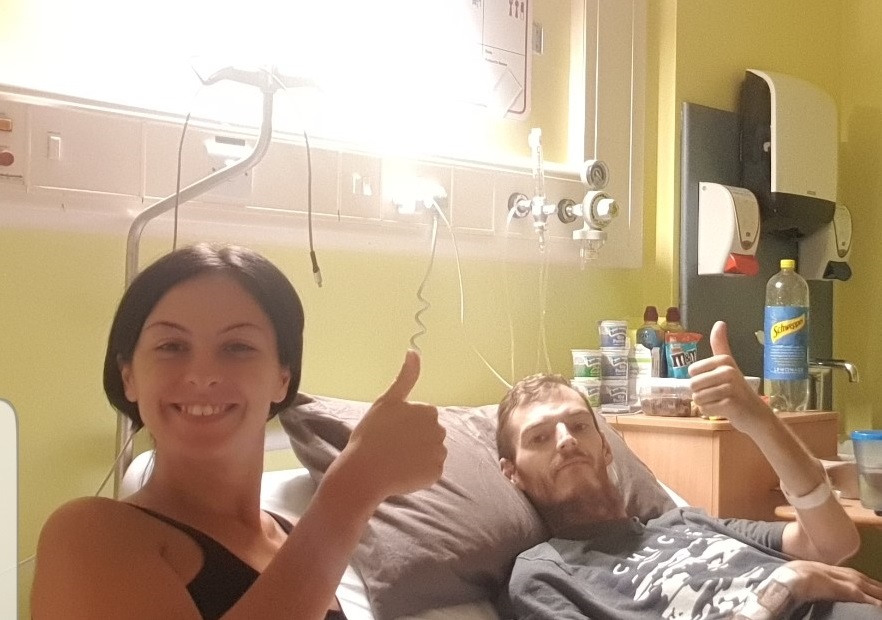