My dad had told us he was feeling bloated again and he had noticed blood in his stool. Having had colorectal cancer before, he knew the signs and was never afraid to speak out about how he was feeling and speak to doctors.

My brother had taken my dad to the hospital where they were given the news. I was at work waiting for the call and then my brother called me to tell me. I then spoke to my dad as I was desperate to hear his voice. My dad is very in tune with his body so I wanted to hear from him how he felt. This was his second time being diagnosed with the disease as he battled and fought it in 2005.

From here we learnt that he wasn't able to have chemotherapy as his kidneys were too weak and they were not able to operate as the cancer was too close to his spine.

He was however offered palliative radiotherapy towards the end of his life which he declined as he didn't feel he was strong enough to receive radiotherapy.

I became an unofficial carer for my dad. I was of an age where I could look after him and take him to all of his appointments. I felt ok doing this as it meant I had more time with him and I loved spending time with him, he was my friend, not just my dad. I did everything I possibly could to keep him alive, as did my mum and brother. I learnt how to clean and change his stoma bags and assist him towards the end of his life as he became weaker.

It was my dad's dream to see a grandchild from me (he has one grandchild from my brother) and I fell pregnant within the last few months of his life. We were all super excited at the prospect of him meeting my daughter and so as a family we ensured we would do everything in our power to help him enjoy the last few months of his life. At the time we didn't realise he only had another five months to live as he had been told the cancer was dormant, which gave us hope.

Unfortunately in August 2021 his body started to shut down slowly. After years of fighting bowel cancer for as long as he could without treatment, he passed away on 8 October 2021.

My advice to anyone would be to stay in tune with your body like my dad did and if anything is unusual get it checked right away. 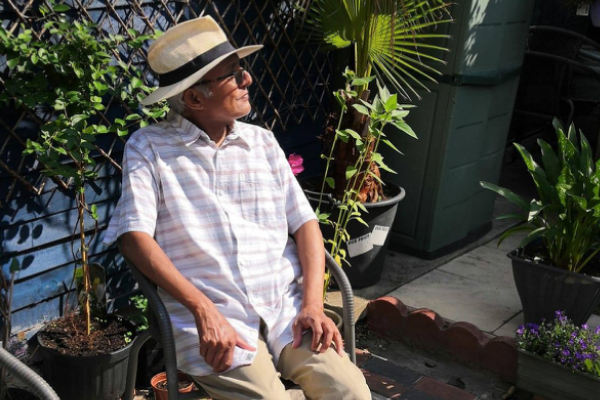