Where to start this story of my brave and beautiful daughter? Strangely enough, the middle – which we thought was the end – seems the right place to start.

Three years earlier, in 2012, Sophie had finally been diagnosed with bowel cancer. An undetected tumour had blocked and grown through her bowel wall leaving her vomiting in agony for several months. Emergency surgery, a second emergency operation, a race to harvest eggs before she began eight months of chemotherapy and then relative peace, calm and hope. We were happy not to ask the questions which now haunt me.

Why two years before her diagnosis did her GP not consider her constant anaemia to be more than menstruation?

Why in the year before her diagnosis, when she was in and out of A&E and back and forth to her GP, was she only given period pain relief and eventually a gastroscopy not a colonoscopy?

Why did I believe that the GP and hospital doctors knew better than she did that something was very seriously wrong?

In the years following surgery and chemotherapy a redefined Sophie began to grow. Sophie became more focussed on achieving the things she valued.

She moved out of London to begin a course in Speech and Language Therapy – something she had always wanted to do.

Sophie also gave birth to her beautiful son, conceived naturally despite the fears of infertility.

Routine scans were all clear until 2016.

A tiny lesion on her lung appeared, which could be surgically removed and was considered curative.

The horror Sophie felt was in having to stop breastfeeding her baby – not that she would have to undergo surgery.

A lobe of Sophie’s right lung was removed and along with it a ‘puckering tumour’ found to be cells from her original bowel cancer.

A reoccurrence again in the right lung but so tiny Sophie was referred for a procedure called Radio Frequency Ablation – again considered to be curative.

We were vigilant now! Sophie is one of six siblings. She lived close to me and her sister and together with her four brothers we attended every consultation and shared every decision.

We were all puzzled when the tone of the consultation changed. Sophie was referred back to her original oncologist despite having been told that chemotherapy would not be of any use to her as the cancer hadn’t responded to it previously.

Utter devastation, inconceivable horror and grief – and to be honest disbelief.

We were determined not to stay in that state. The experience was shocking and exhausting. The desperate nature of Sophie’s grief about having to leave her baby was almost too much to bear as was the thought of losing Sophie. The horror was faced, the grief focussed and harsh, and then was locked away. It didn’t help and we needed to be positive in our support and understanding.

Sophie looked and felt strong and well, and believed she should focus on the huge area of her body that wasn’t affected by cancer. This would be a better source of defence against the disease than chemotherapy.

We could see that if the prognosis was accurate this was the time to celebrate, to spend time together making memories and to ensure that Sophie and her son could spend as much bright and happy time together as possible.

I can honestly say that that was a strong and positive period for us all. We became experts in alternative treatments and philosophies and each of us played a part.

We explored treatments in Aberdeen and Malaga, attended holistic and homeopathic centres and spent as much time together as we could.

Throughout this time Sophie was being advised that she should start palliative chemotherapy and eventually when her symptoms were accelerating she agreed – to extend the time she could spend with her son.

This marked a sea change in the way we felt about the future. Sophie needed more help each day but remained determined to stay in her own home with her son and be as normal a mother as she could. I would never say we cared for Sophie – rather we cared so much about her we wanted every moment to be as happy as it could possibly be.

Sophie remained her gentle, optimistic self with an inner strength we were in awe of and which made it so easy for us to journey alongside her. Gradually everyone accepted that Sophie was being forced out of her body but that the beautiful essence of Sophie was unchanged.

I don’t want to write about the sadness and despair which caught us all out at times but to emphasise the extraordinary love and comfort everyone involved benefitted from. It was a privilege to be with Sophie throughout this time and to feel such sadness that beauty was generated.

I know that this was true for Sophie as well.

As the disease accelerated Sophie went into St. Luke’s Hospice for rest and a time to come to terms with the reality of her imminent death.

I remember asking late one night ‘was she lonely’ and she replied that she couldn’t be lonely because she felt completely surrounded by love.

In her own words, written for her son to comfort him in the future:

‘I really wanted to write to tell you about the positives. I’m not sure I can explain it very well but I think it is giving us all strength, and sometimes I feel so overwhelmed with love all I can do is cry tears of happiness. And I feel so lucky to have this feeling and know that those I love feel it too. It’s a big feeling and it might feel scary as well, but I hope you can sense it too. I’m sure you can and it will stay with you and if you are ever without me you can think of it and know how happy I was, and that will hopefully bring you some comfort. We have talked about it as a family lots and they would love to talk to you more if some (or all!) of it doesn’t make sense. We are so loved Noah and I can feel it wrapped around me stopping any loneliness or negativity’.

Sophie spent her time in St. Luke’s preparing to leave Noah as much of her as she could, to help him face the future and to protect cherished mementos and memories of his babyhood with her. True to herself and despite advice to the contrary, Sophie made her final journey home in an ambulance and died surrounded by her loving family.

Sophie has a woodland burial, laid in a beautiful wicker coffin, carried by her brothers and loving partner, threaded with flowers by her son and the rest of her family. It is an incredibly special place for us.

I began this story in the middle and I realise now that it doesn’t have an end. All I can say is that my daughter was an amazing, strong woman. 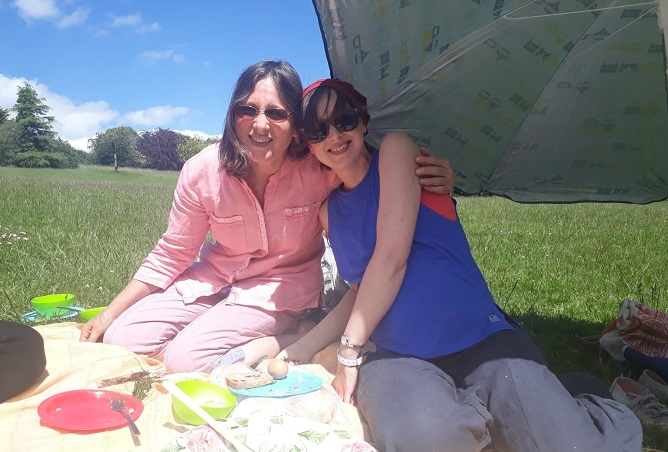 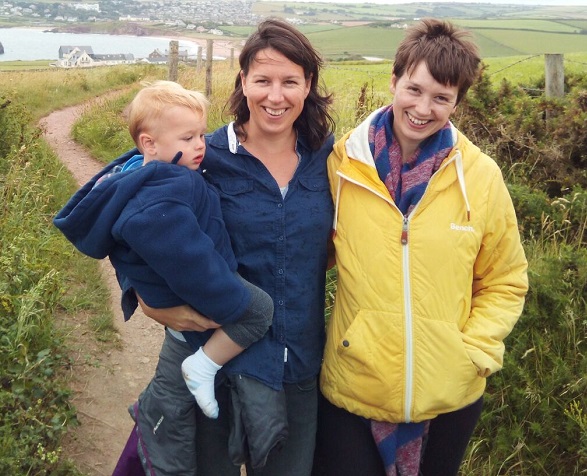 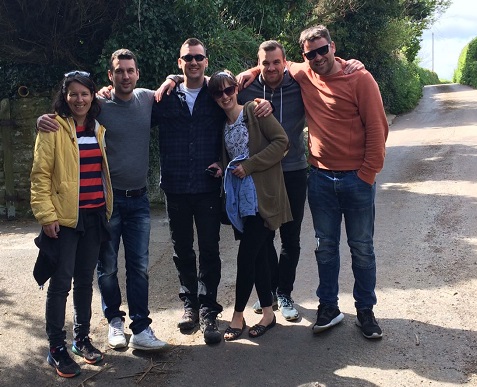 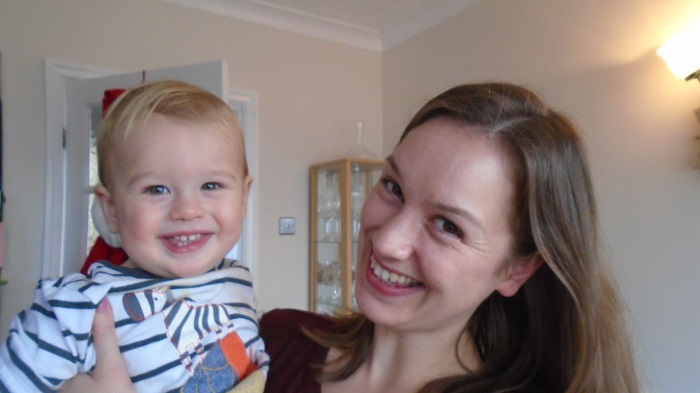