To call 2020 the year of the unexpected, I believe, would be an understatement and an injustice. Robert and I started 2020 as a happily engaged couple, eagerly planning our 2021 wedding. We end 2020 as an even stronger, happily engaged couple, still planning our 2021 wedding but overcoming a cancer diagnosis and ongoing treatment.

In August, Robert told me he had a little blood where it shouldn't be, and that he'd booked to see his GP. As a worrier, my mind instantly jumped to cancer, but Robert was calm and tried to tell me not to worry. He went to the GP and got told it was nothing to worry about, we were so relieved.

However four weeks later, although the symptom had eased, it had not gone completely so he completed an eConsult for his GP. He got a call from a nurse who in short said 'we've already seen you for this, what do you want us to do?', thankfully Robert was sensible enough to know that this symptom needed investigation and he asked for a referral. The waiting was the worst.

Of all the things that have happened on this journey, I can honestly say the waiting is one of the worst parts because your mind runs away with you. Once you have a diagnosis you know there's a plan and you feel a little safer. The wait feels like a void where things can literally go one way or another.

Within two weeks, Robert had a flexi-sigmoidoscopy, where a small two cm growth was found in the lower part of his bowel. In a failed attempt not to worry me, he assured me no-one knew what it was but a biopsy had been taken and that he chatted with a Macmillan Nurse who had been waiting to speak to him after the procedure.

I feel like I knew at this point the way things were going to go, whether this was intuition or just me catastrophising, I will never know.

Soon after he had a CT scan, MRI scan and colonoscopy, and on the 6 October we met with a surgeon and found out it was bowel cancer and that he would have surgery in two weeks' time to remove the tumour and surrounding lymph nodes.

Strangely, we both felt a sense of calm after receiving the diagnosis, knowing there was a plan and something could be done felt reassuring. It also helped that the surgeon was extremely confident that surgery would be curative.

Surgery took place on 20 October. Due to Covid, I had to drop Robert off at the entrance of the hospital and send him in alone for major surgery. As a partner, this is one of the toughest things I think I'll ever have to do. To not be able to sit and wait next to him, not be able to hold his hand when he woke up or comfort him was heartbreaking but unfortunately it was just the way it was; the joys of 2020.

Thankfully, the surgery was successful with no complications and in true Robert fashion, he exceeded expectations and came home two days later. He recovered extremely well, had an active recovery, within his limitations, and got back to working from home four weeks post-op. We were glad to have some normality back.

Shortly after surgery we were told that six out of 22 lymph nodes tested positive for cancer so although the surgery was curative and had removed all visible traces of cancer – he would need adjuvant chemotherapy to mop up any stray cancer cells. It was stage 3. Of everything, this was one of the bigger shocks. As far as everyone knew, even the surgeon, the tumour was small and very early stage.

The Macmillan nurse and oncologist were great and explained that the chemotherapy (CAPOX) would be an IV drip for a few hours on day one then 14 days of tablets. He also said that younger people generally tolerate it well with few side effects.

We were quickly referred for fertility preservation, something his medical team knew was extremely important to us, and this was all complete within two weeks – a huge relief for us both.

Robert is due to start six months of chemotherapy this month and we hope that this keeps him cancer free. A positive outcome is that he will be under close surveillance for the next five years to catch any changes very early, this is done through blood tests to track CEA markers, CT scans and colonoscopies.

Unfortunately due to Covid, I wasn't able to be with Robert when he went for surgery and it's also unlikely I'll be able to be with him at chemo appointments – as a partner this has been one of the hardest things. Covid has ruined many things for many people and taken so many lives but we are so thankful that he was able to have investigations quickly and undergo surgery soon after diagnosis, we know how lucky he is.

It is hard to articulate how a cancer diagnosis feels as a partner: the fear, uncertainty, worry, anger, sadness and the desperate desire to want to help and make things better but feeling so helpless. It is devastating. I have struggled; feeling guilty for being so upset and worried when it's not me physically going through the treatment but I've accepted that it's okay to feel these emotions because there is an impact on us both.

The fear of losing the person you love above all others is crippling and so hard to comprehend. That being said, we have tried to focus on the small things and the positives. Our relationship has become even stronger in ways we never thought possible. We laugh every single day at the smallest things, we are more open with each other and have learnt the true importance of just being together and enjoying every second.

I am in awe of Robert and his strength, not once has he complained or lost hope or asked 'why me?', he has been so pragmatic, taken everything in his stride and approached everything with the most incredible courage and positivity.

Our hope is that our story raises awareness that bowel cancer is not just an older person’s condition. Robert is 35. The prevalence of bowel cancer in younger people is increasing but shockingly so many are still being misdiagnosed because they are thought to be 'too young' and then they are sadly being diagnosed too late.

Robert was, and is, fit and healthy, at the gym three times a week and had one minor symptom that stopped. He could have left it and not pushed for a referral, we dread to think what his diagnosis could have been a few years down the line. Thankfully he was brave enough to go to the GP and is now technically cancer-free and having treatment to ensure he stays that way.

We are looking forward to our wedding in April 2021 more than ever, safe in the knowledge that we have the 'in sickness and in health' vow perfected! Bowel cancer is treatable if caught early. PLEASE get any symptoms checked out, don't let embarrassment prevent you getting help. Push for investigations if you have to, don't allow yourself to be in a position where you wish you did more sooner. 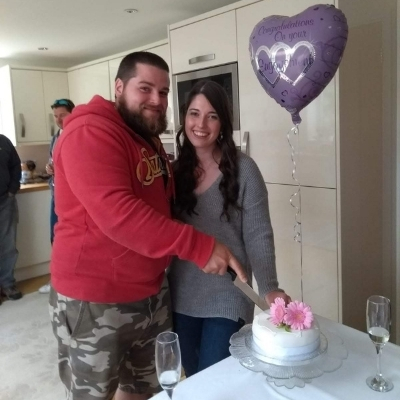 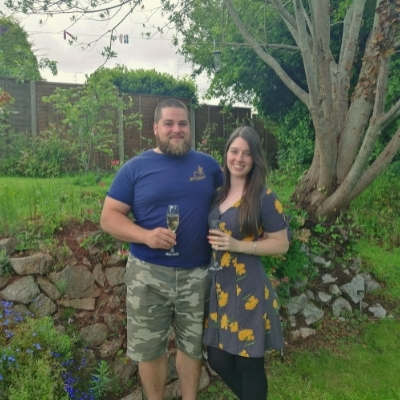 Robert commenced what we thought was going to be six months of adjuvant chemotherapy, however we were so relieved to be told by his oncologist that new evidence recommended three months of chemotherapy was as effective as six. This meant he would undergo four cycles and would take his final tablets on the 2 March. We were so excited, it felt like the end of the cancer journey was in sight!

Watching Robert go through chemo was hard. Whilst he was very lucky and had very few side effects, he did get very tired, mild cold sensitivity and described feeling like he was permanently hungover (without having the sickness, headache or being drunk!). Despite all that, he continued working from home full-time and we made every effort to be as normal as possible. The four cycles came and went without any major issues, we celebrated the end of chemo with a special meal at home (Covid made anything else impossible!).

More excitingly, just over a month after finishing treatment, Robert and I got married. We had a perfect day surrounded by 13 of those closest to us. It was the happiest day of our lives so far, and in all honesty the past seven to eight months felt like a bad dream that didn't really happen to us. It was a strange but also the best feeling, that despite all of the worry, upset and devastation that we felt, we could have a fresh start. Our wedding day, 12th April 2021, was the start of the rest of our lives together and we feel truly blessed to have been so lucky. I couldn't be prouder to call Robert my Husband, he has overcome so much and approached everything with such incredible strength and positivity and I am so lucky I get to spend the rest of my life with him by my side.

We were so thankful to receive the best gift a couple of weeks after the wedding when we found out that Robert's first surveillance blood test results were normal and showed no CEA abnormalities. He will have regular surveillance bloods, scans and colonoscopies over the next five years to ensure any recurrence is picked up and treated as soon as possible. We are extremely grateful for this and all of the treatment he received.

Since sharing our story, we have raised £680 for Bowel Cancer UK and will continue to fundraise, share our experience and encourage people to seek help if they have any symptoms they are worried about. 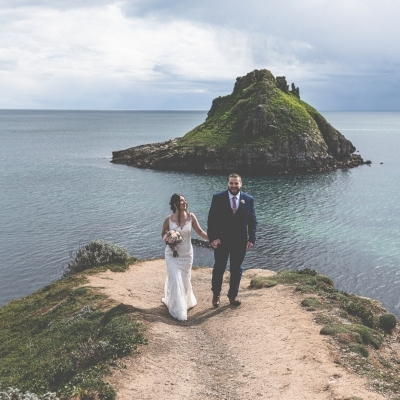 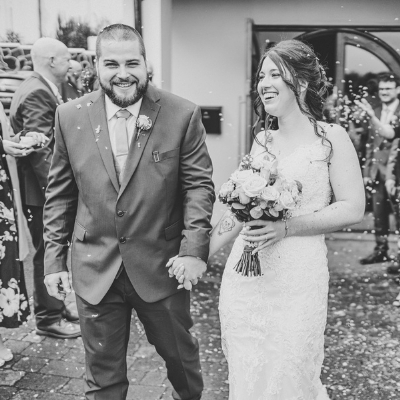