An estimated 200,000 people in the UK have Lynch syndrome – a genetic condition that increases the lifetime risk of bowel cancer to up to 80%. However, only 5% know they have it because of a lack of systematic testing. That’s why we’re calling on Governments in England, Scotland and Northern Ireland to test all bowel cancer patients at the point of diagnosis, in line with clinical guidance.

Thousands of people across the bowel cancer community have come together to support our Time to Test campaign, including patients, NHS staff, politicians, campaigners, and people affected by Lynch syndrome. Here are some of the reasons why they’ve joined us in calling for improving the identification and care of people with Lynch syndrome. 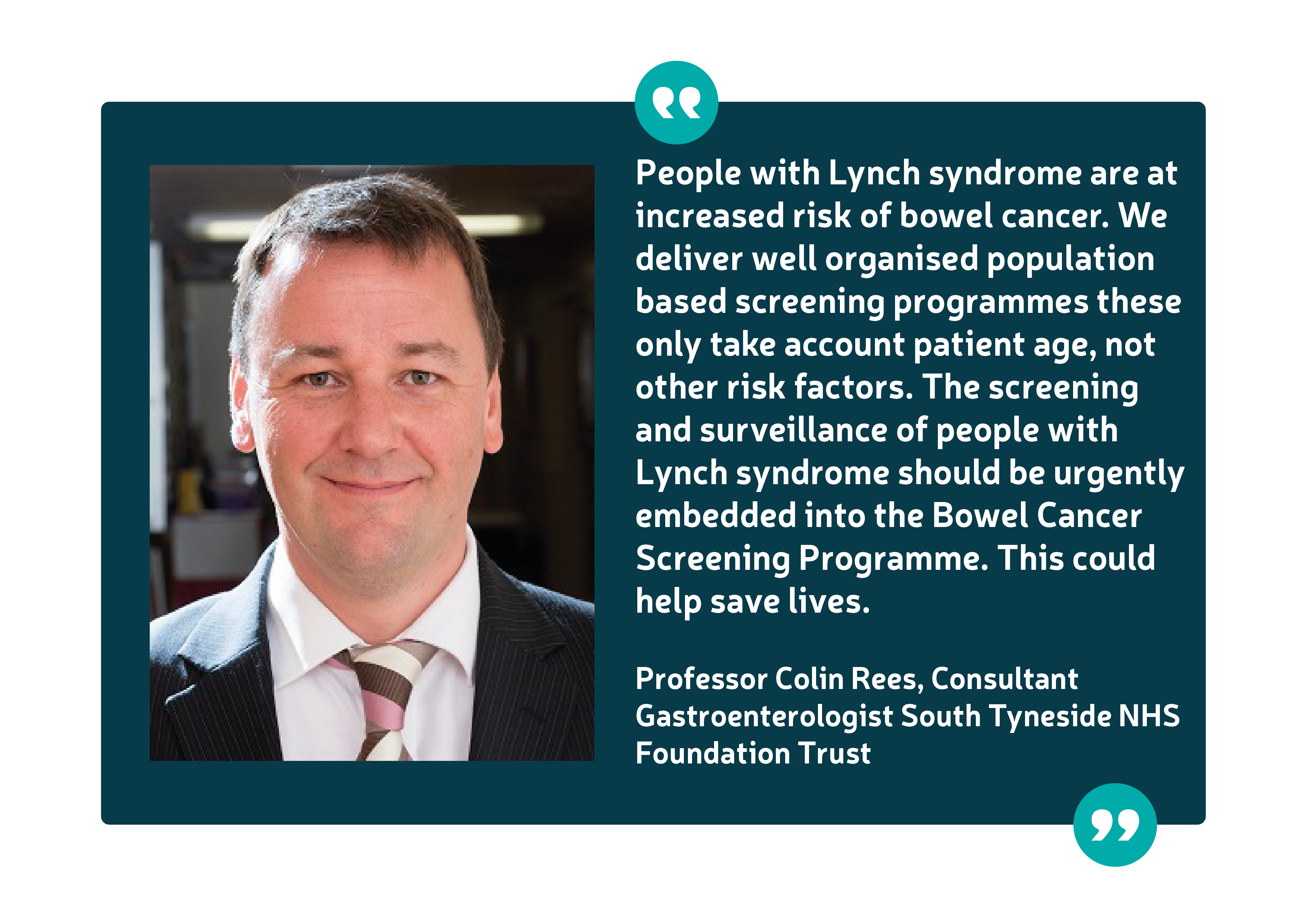 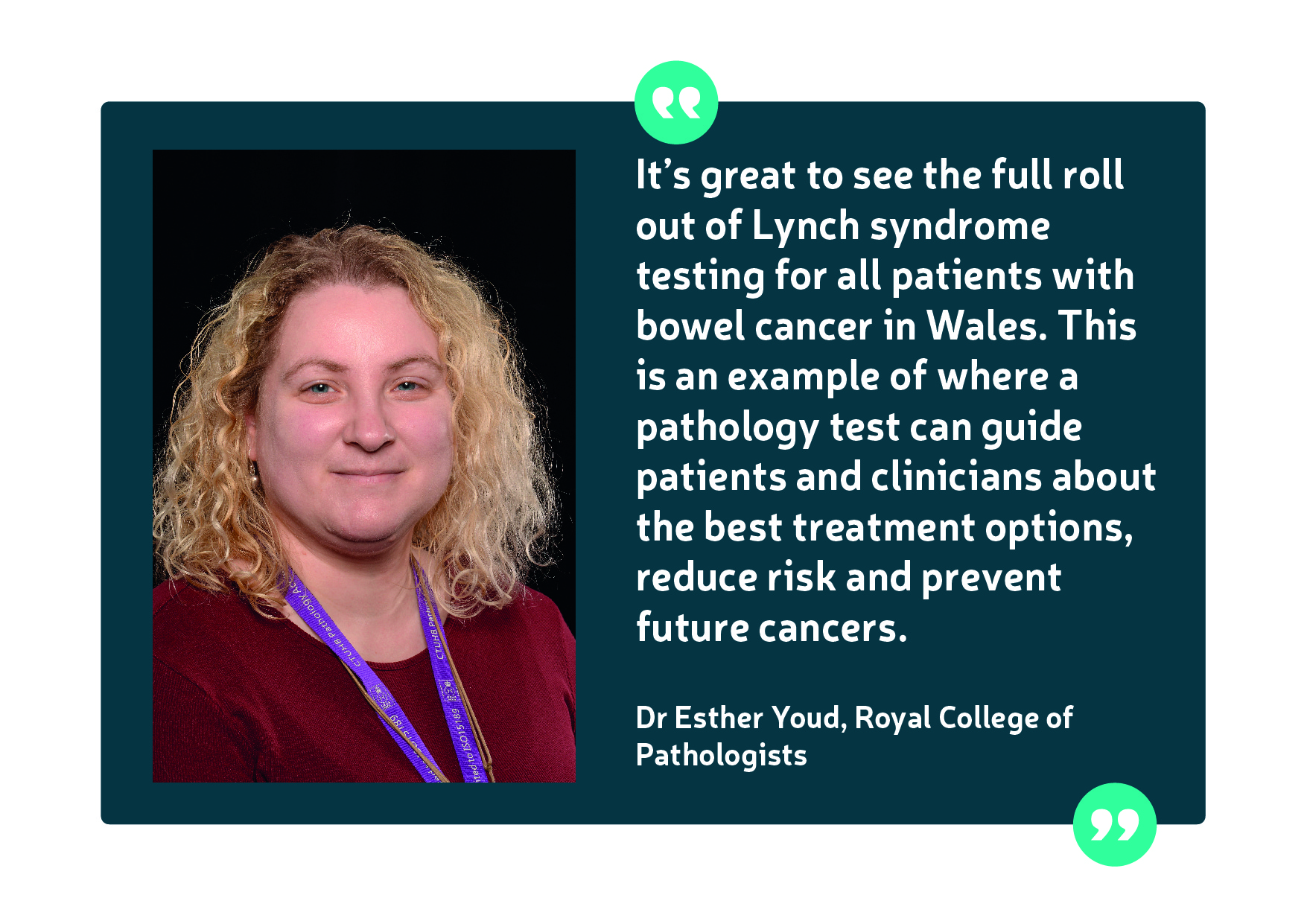 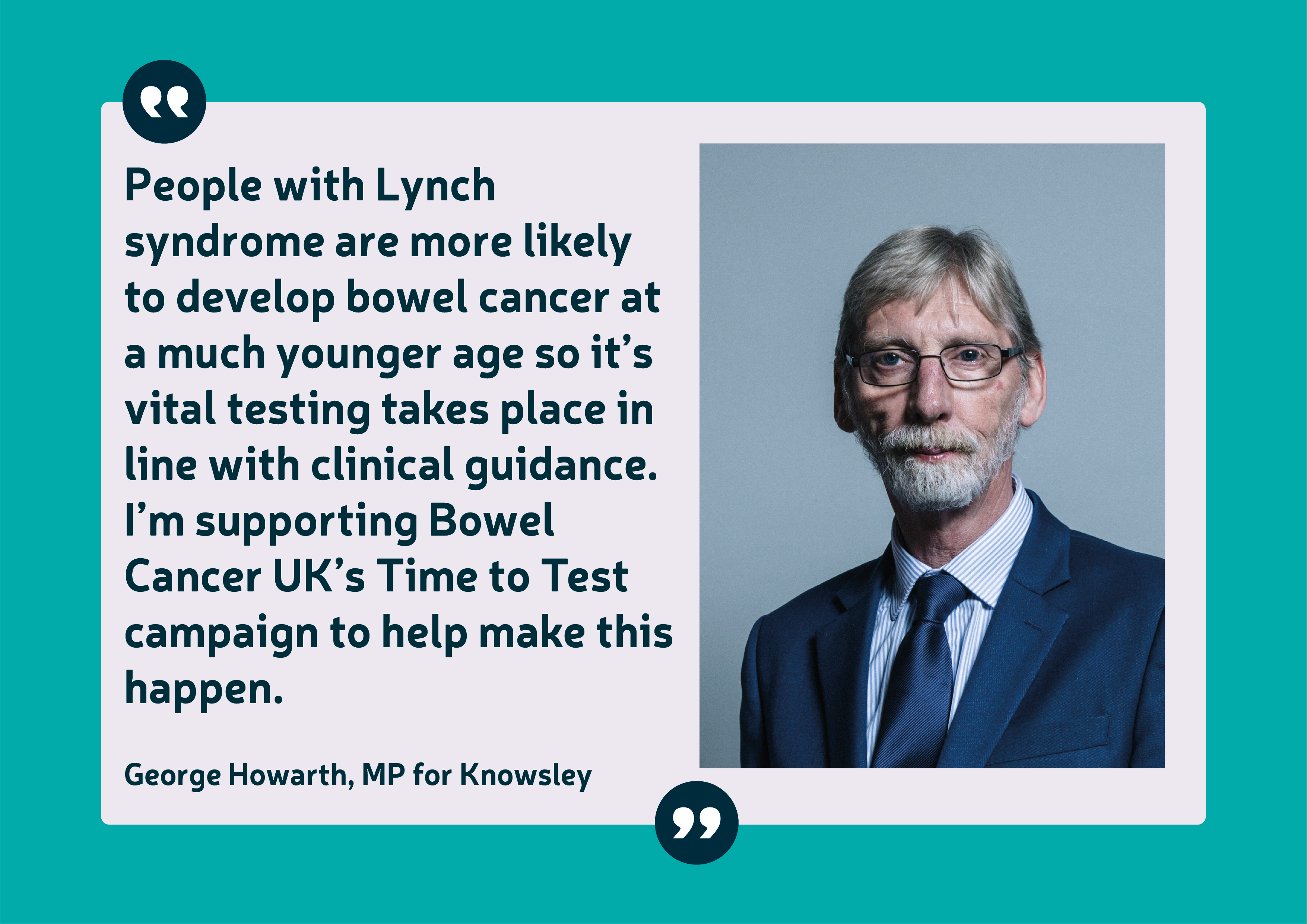 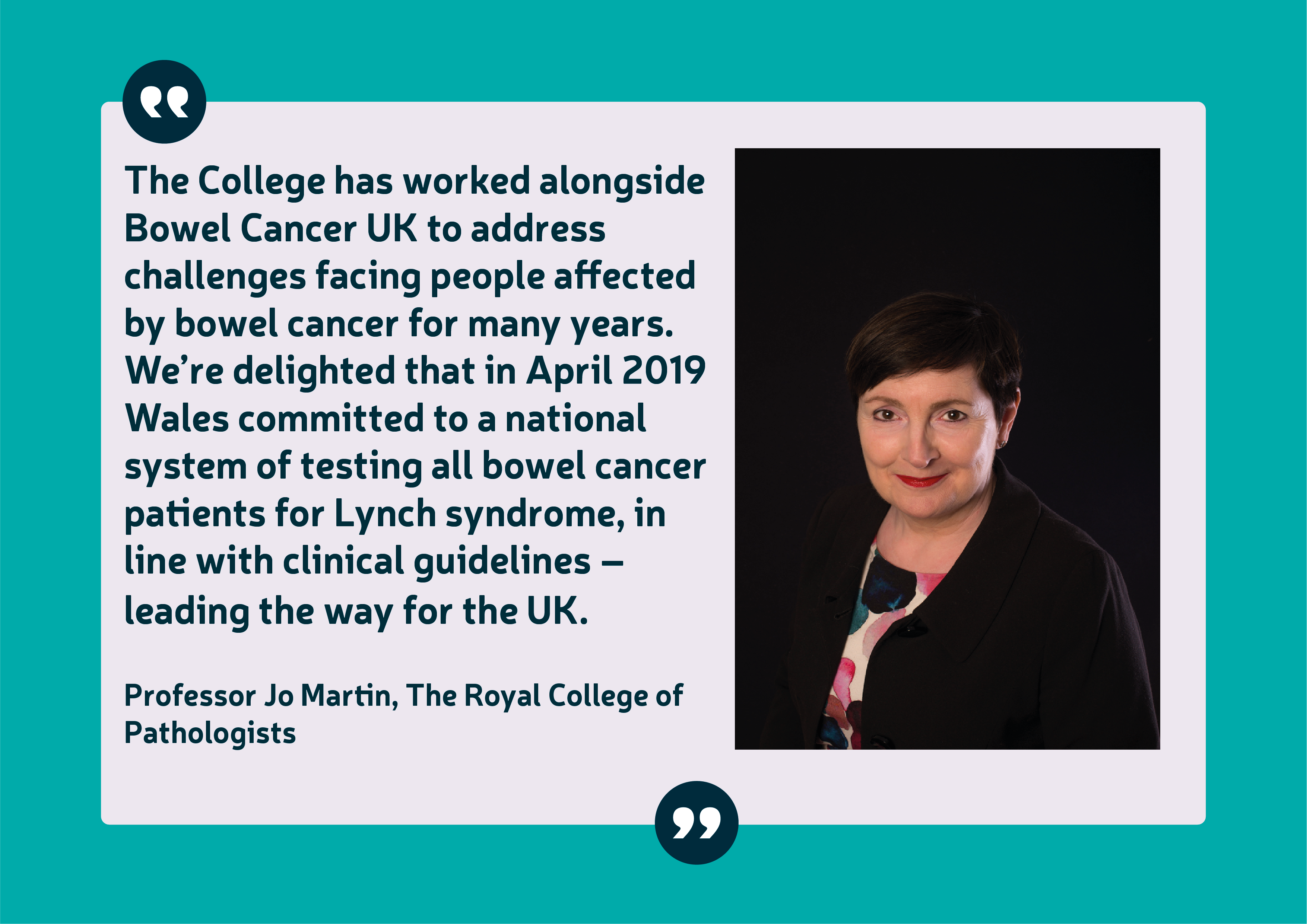 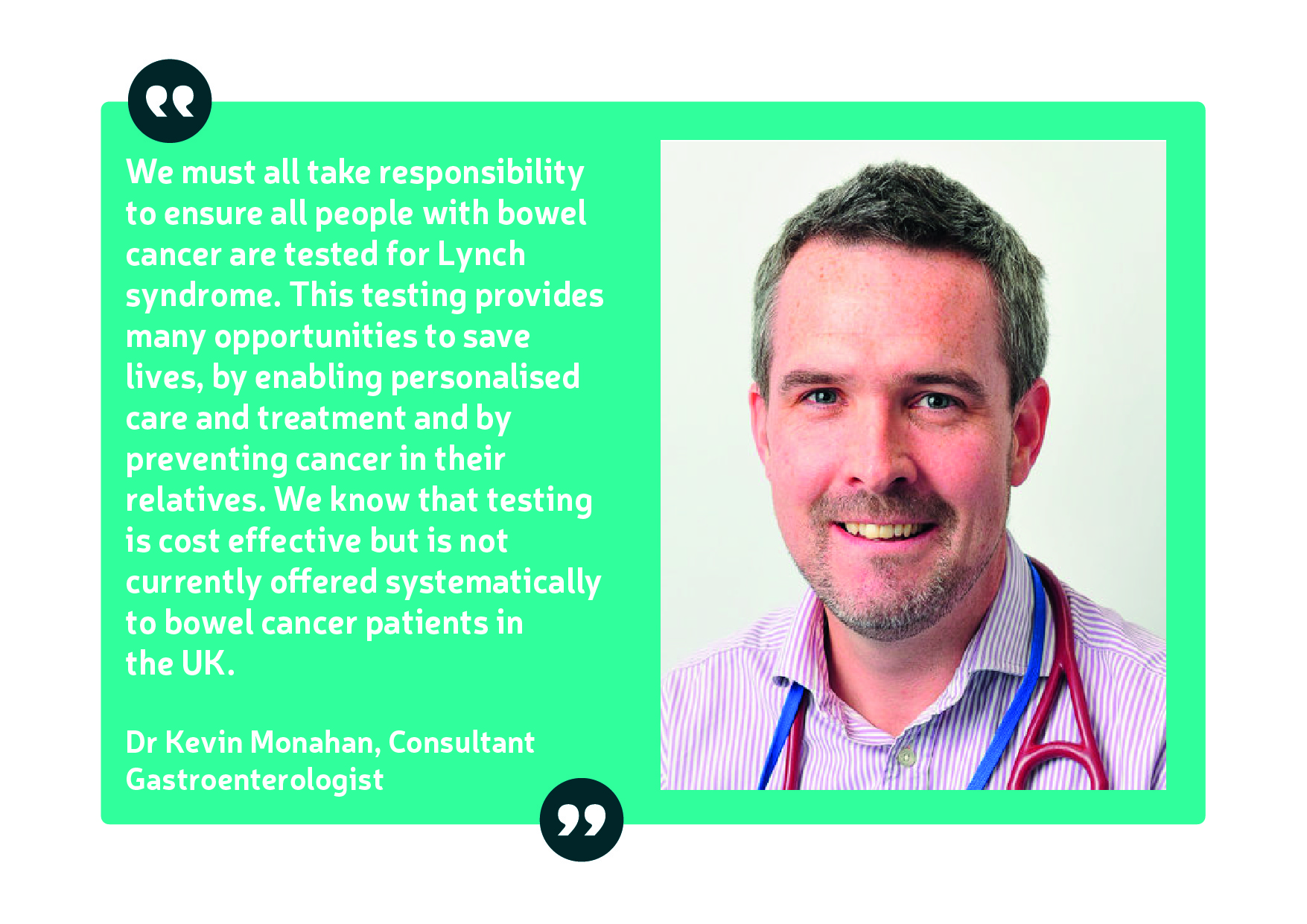 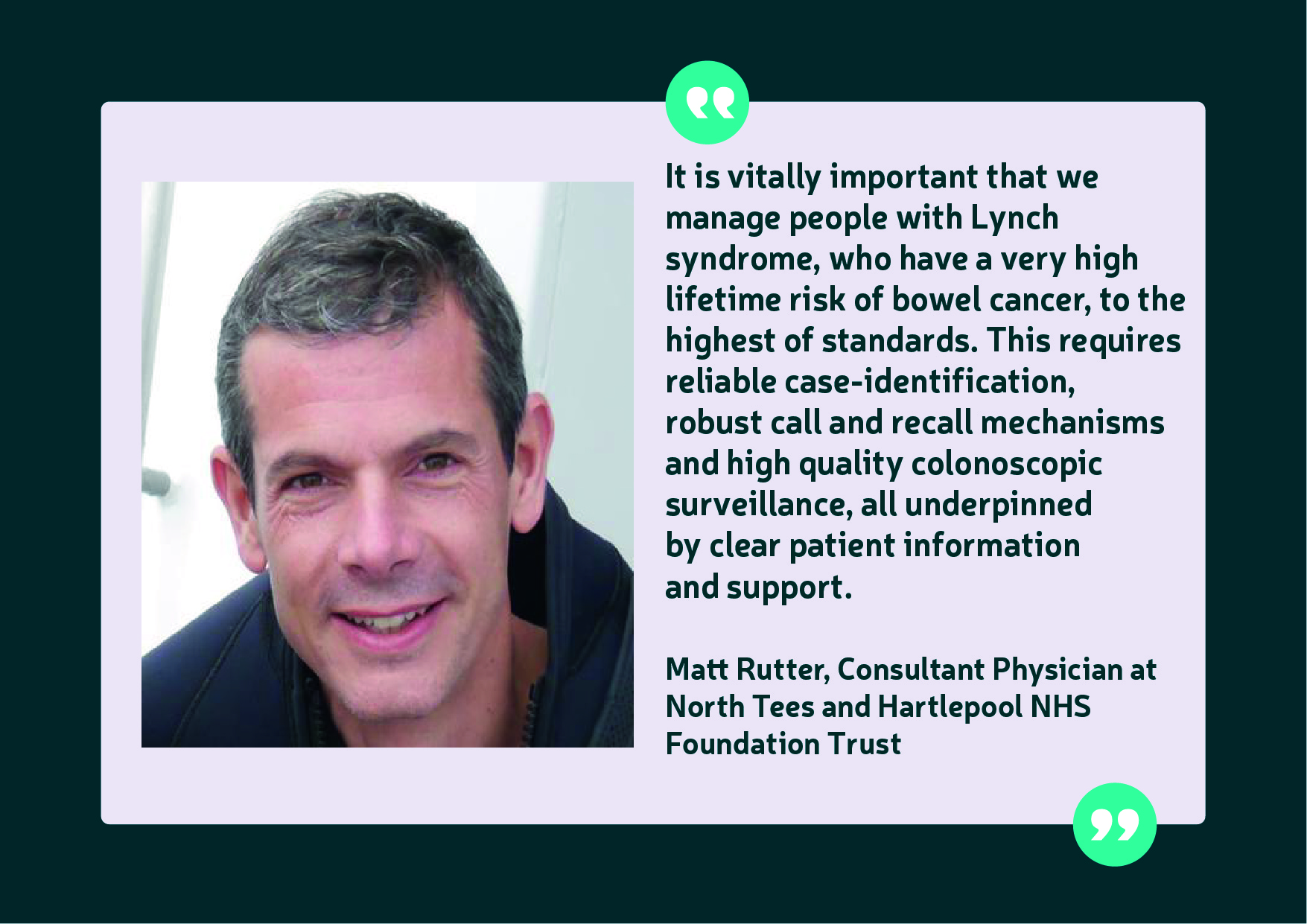 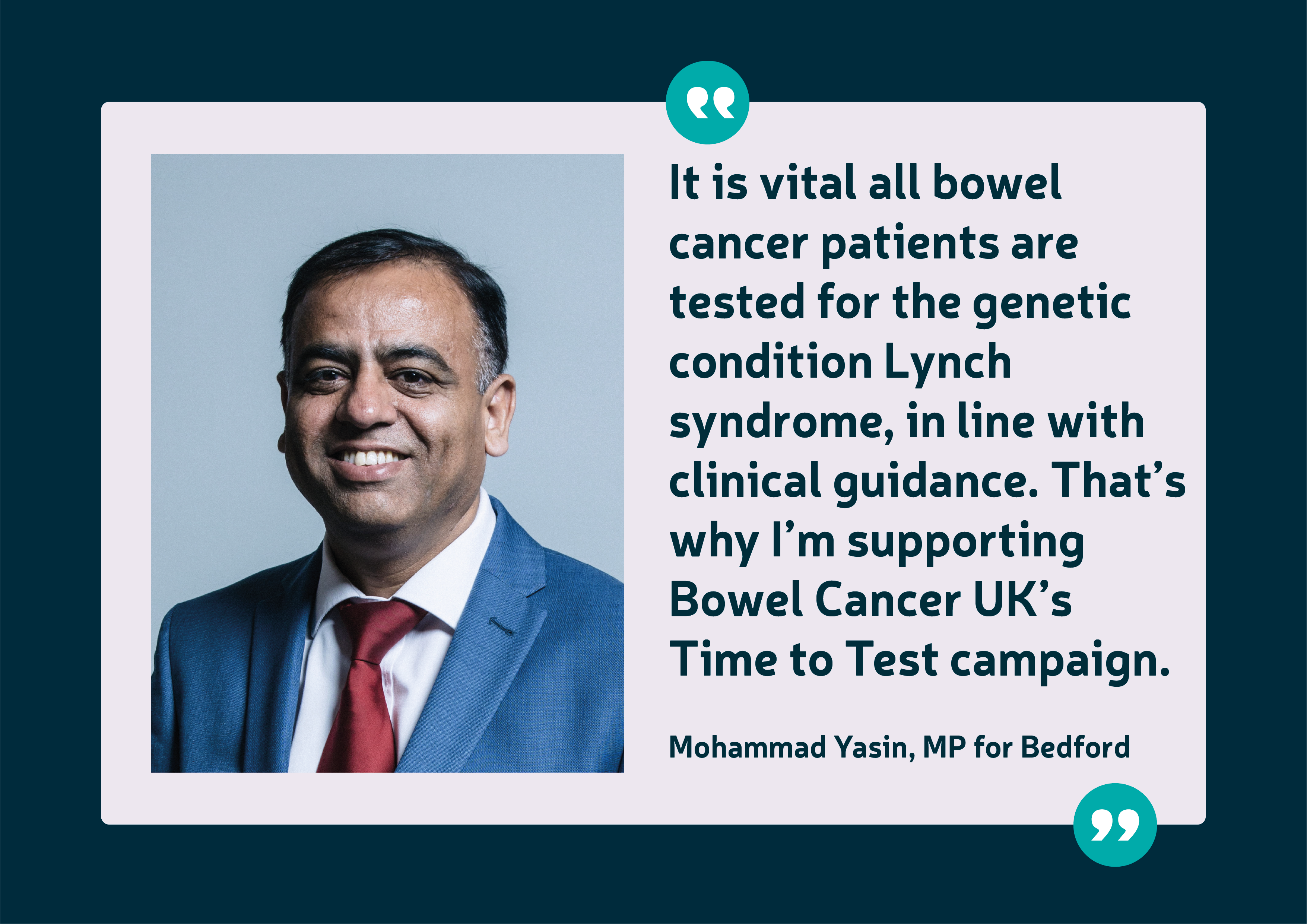 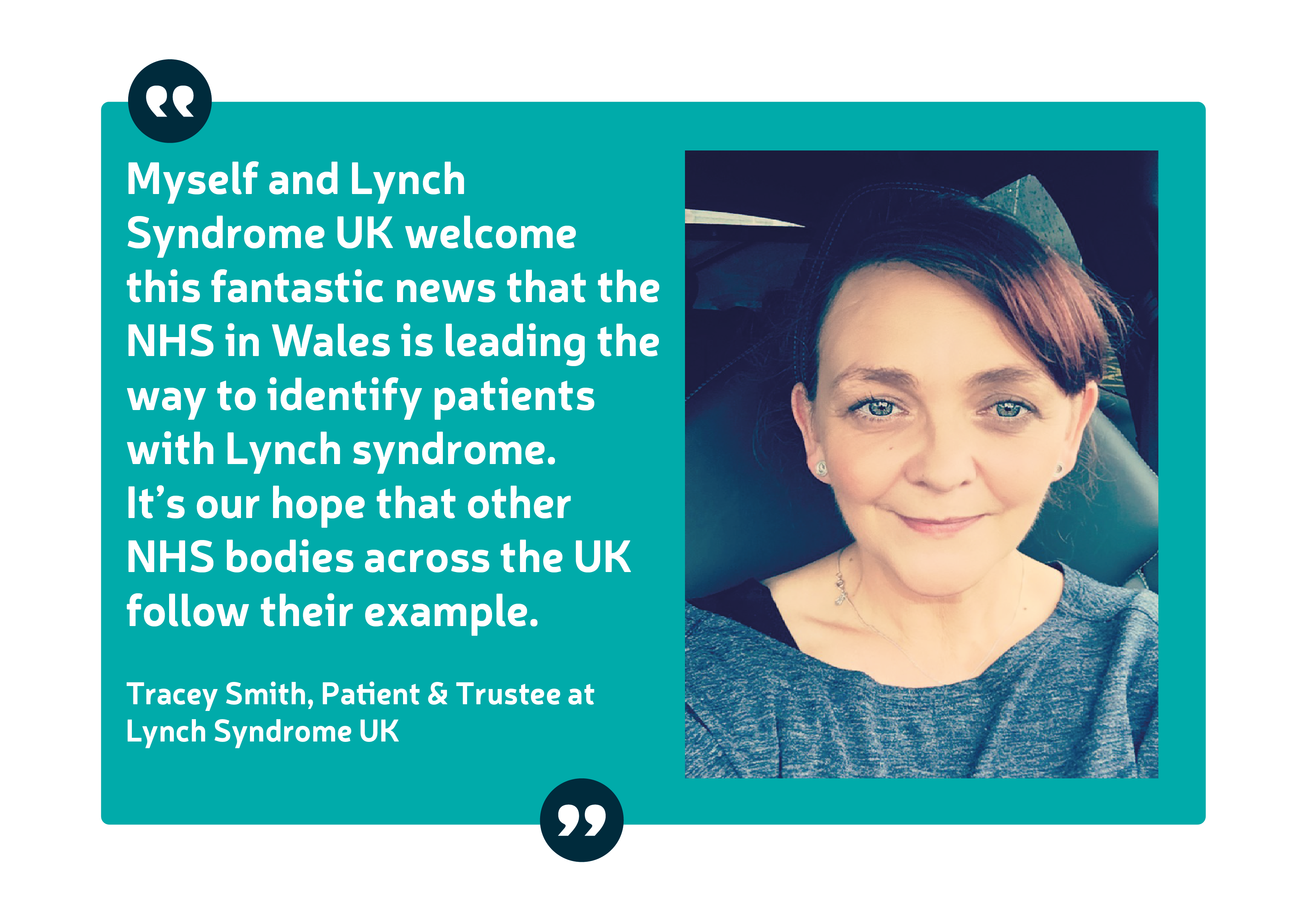 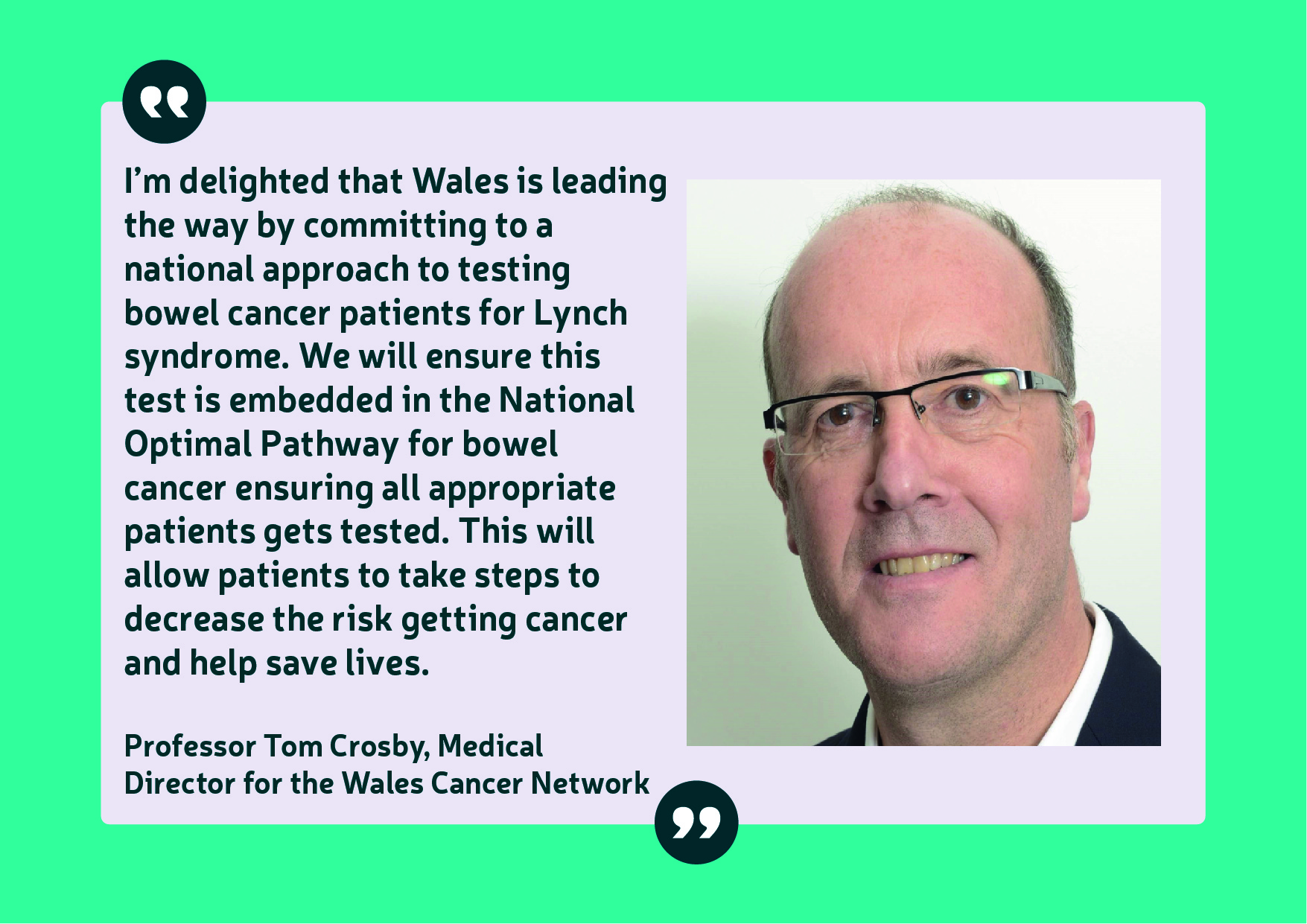 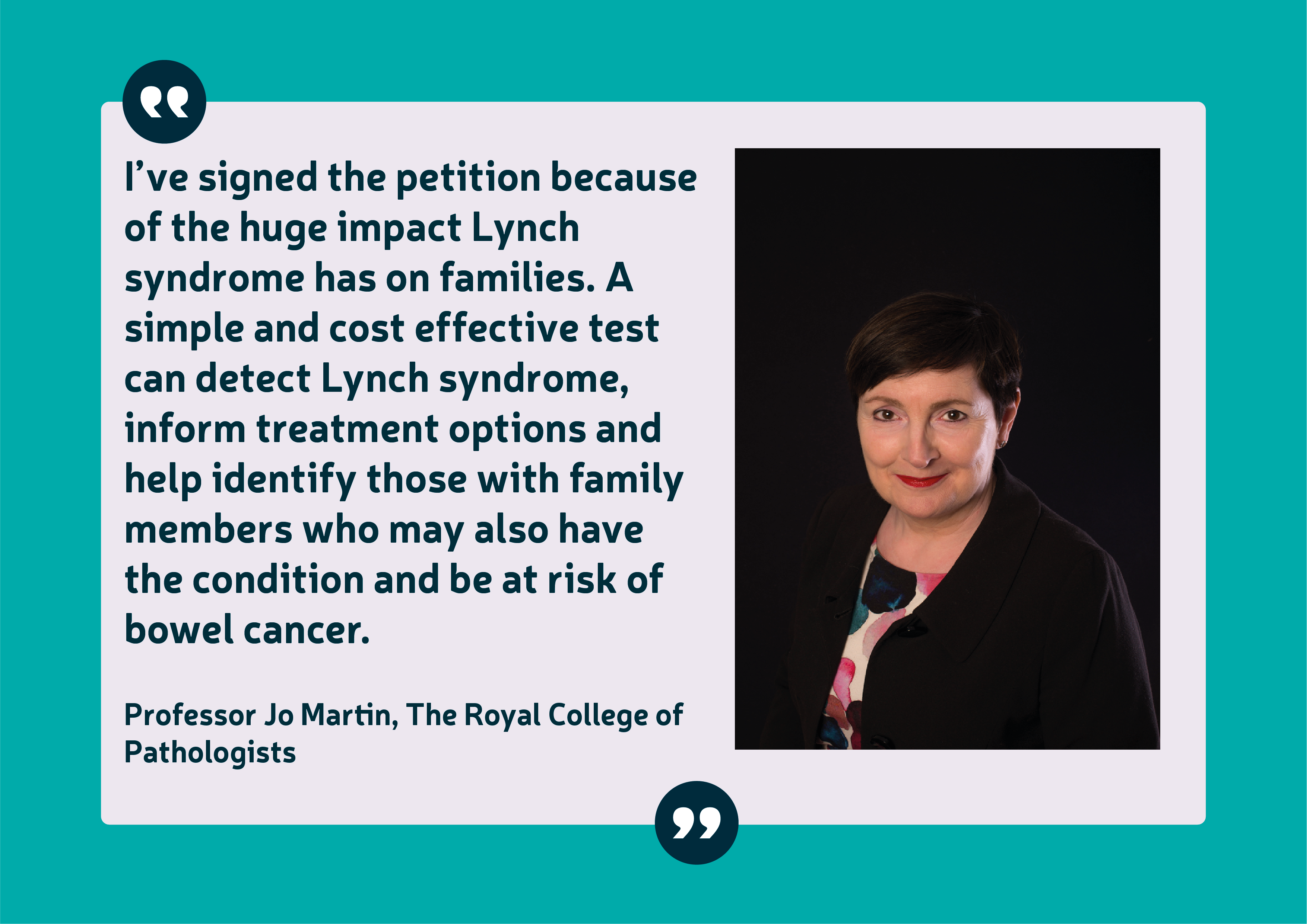 After years of campaigning in partnership with expert clinicians and scientists who have worked tirelessly to drive positive change, we’re thrilled that in April 2019 Wales committed to a national system of testing all bowel cancer patients for Lynch syndrome, in line with clinical guidelines – the first in the UK to commit to this.

It’s crucial that Governments in England, Scotland and Northern Ireland now follow their lead so that people with Lynch syndrome can take steps to reduce their risk of dying from bowel cancer. Now that we've handed over our Time to Test petition, we’ll continue to drive progress around Lynch syndrome testing as part of our Never Too Young campaign.