Mel Lievesley was diagnosed with bowel cancer in February 2019. His eight year old grandson, Charlie, decided to take on his own challenge to support him, and has raised over £3,300! Mel says:

I’m 69 years old and, I thought, a fit and healthy pensioner. I was a member of a local gym and went three times a week, played league badminton twice a week and cycled every weekend. I wasn’t overweight, have never smoked and was conscious of my diet.

I was diagnosed with bowel cancer in February 2019. For some ten years prior to my diagnosis I suffered from bleeding hemorrhoids and thought nothing of it until I had increased blood when visiting the toilet. After two or three weeks, I decided to go to the doctor. They referred me straight away and within two weeks I was having a colonoscopy and biopsies, which confirmed it was cancer. Scans followed, as well as a course of radiotherapy and chemotherapy in tablet form, before an operation to remove part of my bowel. It had also spread to my lung, although I was told it is very operable and would be monitored. I then had a second round of chemotherapy lasting six months, which finished in February. As it stands today, the cancer is still evident on my lung and a further scan is planned soon.

I took the decision to share my illness with family and friends and the support I’ve had has been wonderful throughout. Keeping a positive attitude has also helped me a great deal. I’ve personally found that living with cancer can become an acceptable norm and getting on with your life is important.

My eight year old grandson, Charlie, knows all about my diagnosis and said he would like to raise some money for Bowel Cancer UK with a challenge, so we came up with the mini marathon.

Although we saw it as a big challenge for an eight year old he was confident he could do it and definitely proved it. His target started off at £250 and he has blown this figure many times over, raising over £3,300 on Just Giving.

It’s been a real pleasure to be involved in this challenge and the support from friends and family has been unbelievable. Needless to say we are all extremely proud of Charlie for coming up with the idea and raising so much money for this worthwhile cause.

Take on your own challenge and fundraise how you like, when you like, to help create a world where no one dies of bowel cancer. 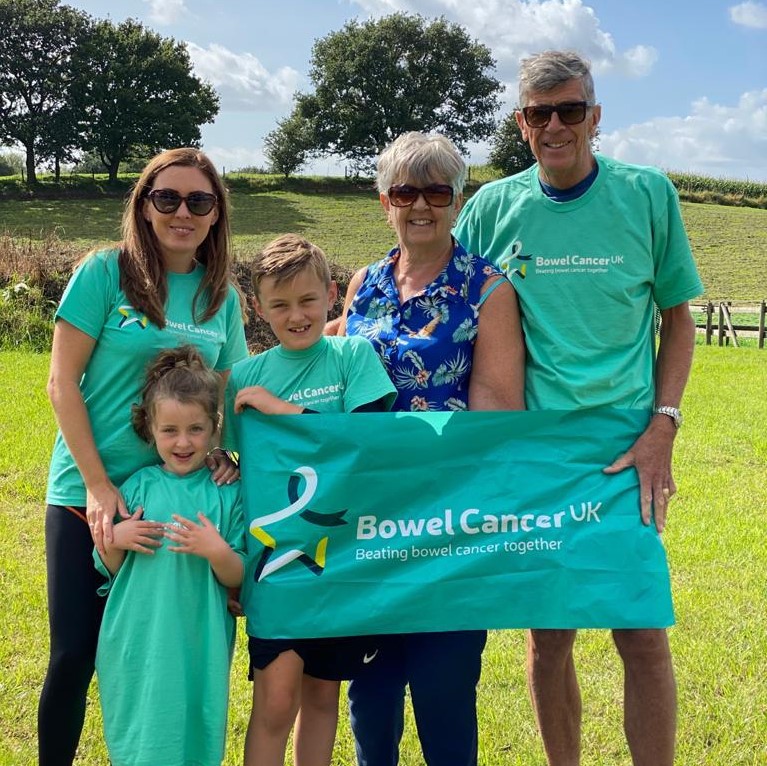 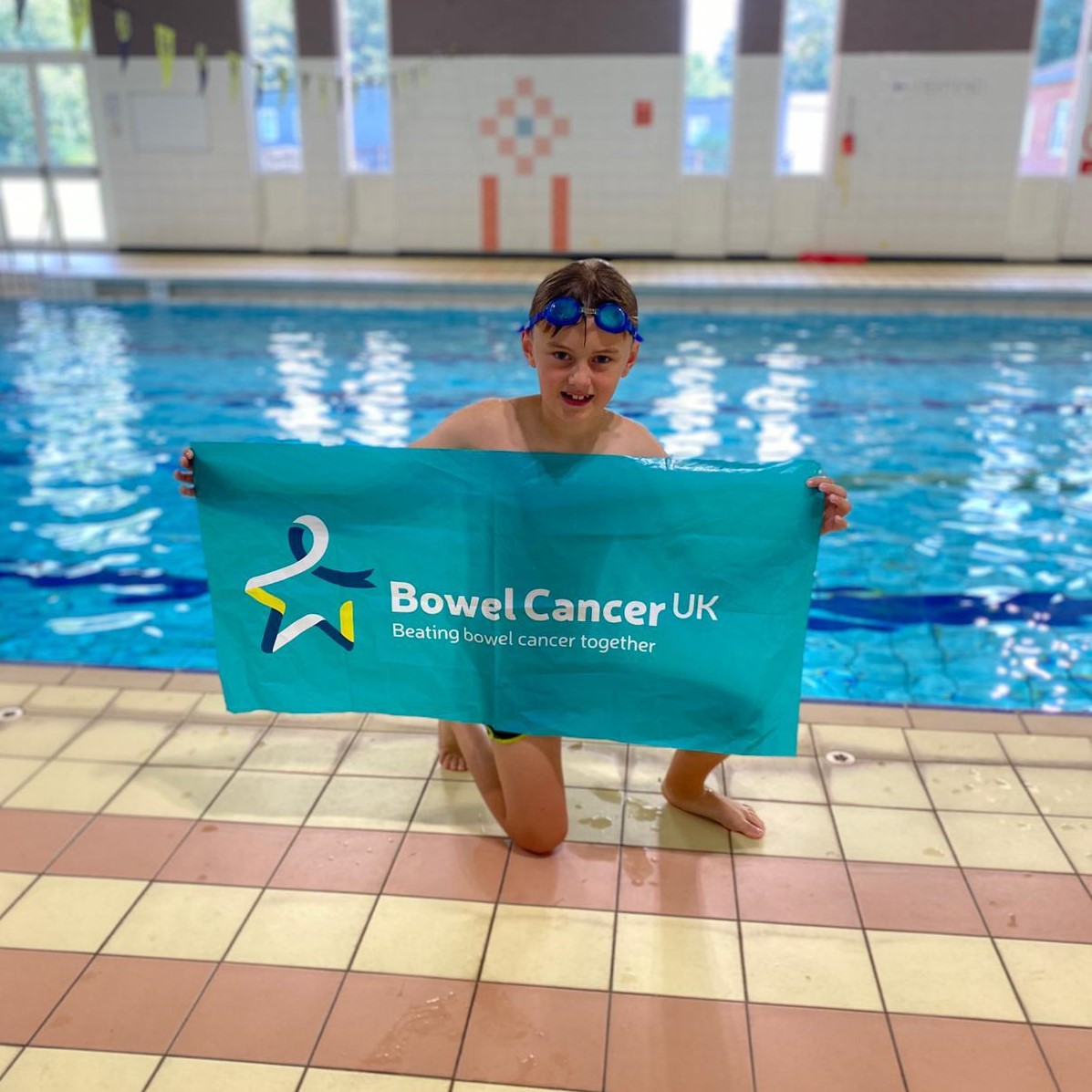