A new bowel cancer drug combination, which may extend life expectancy for some people with advanced bowel cancer, has been approved by the National Institute for Health and Care Excellence (NICE) for patients in England and Wales.

Nivolumab, in combination with ipilimumab, will now be available on the NHS for people with specific genetic changes, known as ‘high microsatellite instability or mismatch repair deficiency’. This combination is available for patients who have already had combined chemotherapy. It is expected to be available within the next two-to-three months.

People with advanced bowel cancer - where the disease has spread to other parts of the body – are normally treated with chemotherapy, sometimes in combination with other treatments. But around 5% of advanced bowel cancer patients have changes to their mismatch repair genes, which can result in cancers with high microsatellite instability (MSI-H) or mismatch repair deficiency (dMMR). This also includes some people with Lynch syndrome. This makes them less likely to respond well to current treatments, often leading to poorer outcomes.

Patients who have had access to nivolumab, in combination with ipilimumab, have highlighted the benefits, including:

Genevieve Edwards, Chief Executive of Bowel Cancer UK, says: "This decision will bring new hope for this small, but sadly overlooked group of advanced bowel cancer patients in England and Wales who, until now, have faced very limited treatment options. Nivolumab, in combination with ipilimumab, may give patients more valuable time with their loved ones, as well as a better quality of life and less severe side effects.

"We worked closely with clinicians and our supporters to submit evidence to NICE to highlight the impact of living with stage 4 bowel cancer and the potential benefits of immunotherapy, and we’re really pleased that this was considered in the decision-making.”

Tom Bartlett was diagnosed with stage 3 bowel cancer in July 2018, which progressed to stage 4 in January 2019, aged 37: “I did some research and found that nivolumab with ipilimumab could be an option for people with Lynch syndrome - like me. But it costs around £100,000 for private treatment – I don’t have that kind of money. I was aware that chemotherapy did not often work for those with Lynch syndrome but I knew that completing a course of chemo was necessary for me to be considered for immunotherapy, so I agreed to do it. When the chemotherapy started to show signs of not working, my oncologist applied for a grant, which was accepted in July 2019.

“After seven weeks of immunotherapy, I had a successful liver ablation and three weeks later I had a scan, where they couldn’t see any cancer. I feel incredibly lucky - I have been given a second chance at life.”

While there continues to be very few treatment options for people with advanced bowel cancer, NICE also recently approved pembrolizumab for people with MSI-H or dMMR. However, this is only available on the NHS as a first line treatment for patients living in England and Wales, meaning they can’t have had any other treatment before.

The Scottish Medicines Consortium recently approved a combination of two drugs – encorafenib and cetuximab – for those living in Scotland with a BRAF V600E mutation. These drugs are for patients who have had previous treatment and will help to slow down the growth and spread of the disease. This is already available to those living in England, Wales and Northern Ireland.

Around 10,000 people in the UK are diagnosed at the latest stage of the disease each year. Those with advanced bowel cancer typically have poorer survival rates, but access to surgery and drugs can help to extend life. 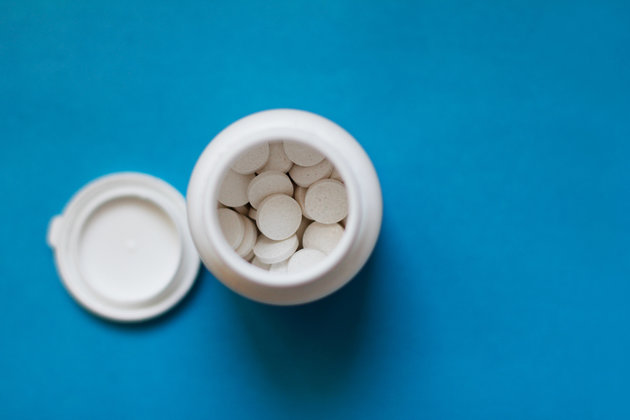