I'm one of those people who always imagines the worst, but when I went for my yearly asthma check in September 2019 and my doctor commented on how pale I was, I laughed it off. I'm always pale – I'm Scottish and my dad is ginger. Still, she insisted that I get bloods done.

A week later the doctor called me with the results and told me I was severely anaemic. She asked me about my family history and if I had experienced a number of symptoms, i.e. blood in my stool, feeling lethargic, etc. When I told her I had not experienced any of these symptoms and there was no history of bowel cancer in my family, she asked me to look out for anything unusual and put me on a course of iron tablets.

In the next few weeks, I noticed at two different times that there was some blood in my stool. Both times I went back to the doctor, but each time I saw a different doctor who told me it was likely something I had eaten and wasn't anything to worry about. It wasn't until I went for a smear test and the nurse mentioned that I was pale that I told her everything that had happened over the last few months and she immediately ordered a Faecal Immunochemical Test (FIT) to be done. I later had to repeat this test as my original sample was lost.

The results of my test came back shortly after Christmas 2019 and the next thing I knew, I was being booked in for an emergency colonoscopy. I panicked and contacted a private hospital because I have private healthcare through my work. The consultant there told me I had nothing to worry about and that it was likely to be nothing due to my age, general health and family history. He even said there was a 2% chance of it being something sinister and advised I was better to stick with the NHS.

However my whole world came crashing down when the colonoscopy revealed a three-inch ulcerated tumour. The doctor explained to me and my wife that there was a 99% chance it was cancer. My wife crumbled and I went into planning mode, a complete switch from our normal as I'm usually the wreck and she's the adult. After further tests it was confirmed that I had stage 4 bowel cancer with a met on the blood vessel that runs through the centre of my stomach and a met on my liver. At that point, I thought I was going to die – I was 32 and began planning my funeral.

In March, I had an operation to remove the right side of my bowel and lesion on the blood vessel, followed by a 12-week course of chemo, during which I was hospitalised twice. I had an infection caused by my first PICC line and when I was admitted to hospital, doctors discovered a blood clot in the major vein next to my heart that was caused by the line. I spent 10 days in hospital due to the strong course of antibiotics and so the line could be left in until they thought it was safe enough to remove. My treatment should have ran from May to September 2020, but in the end it went on until November.

I had been told that I would need a further operation to remove the lesion in my liver, however in December 2020 my scan revealed that the chemo had done its job and the lesion was gone – leaving me with no evidence of disease anywhere in my body! I will need scans every three months for the foreseeable future, but now I am "clear". I feel very lucky and I definitely don't take it for granted – now I am living every day as best I can. 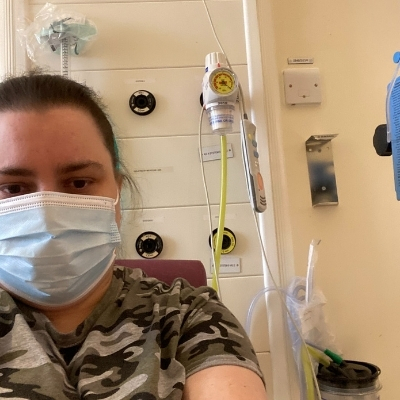 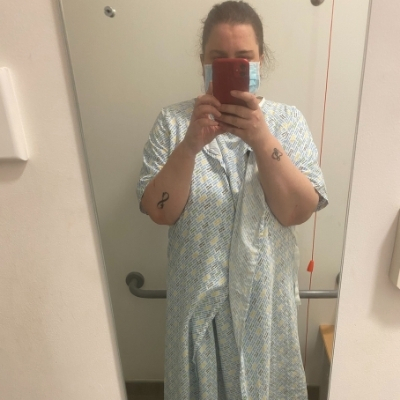 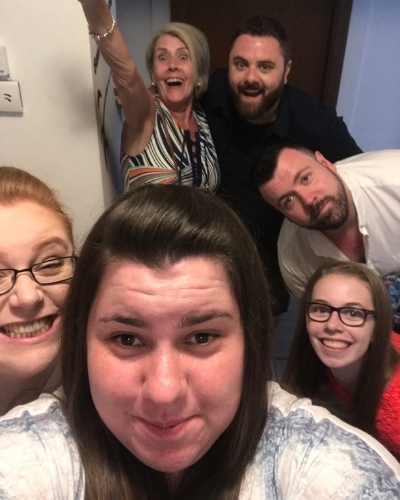