I was diagnosed with bowel cancer in May 2017.

In 2017 I was a very active 72 year old. I played serious soccer and squash, ran marathons, worked out in the gym and walked the dog four miles a day. I've also never smoked and gave up all alcohol in 1989. I'd just recently even lost two stone to improve my BMI.

However on two or three occasions I have been told at the blood donation centre that I have anaemia and should see my GP. So I went along and was told to take a course of iron tablets, that I am a poor iron absorber and should carry on as usual. In March 2017, I was refused again by the blood centre and told to see the GP. The GP asked if my stool had changed colour however of course it had as I had been taking iron supplements. He also asked if I was more tired than usual and if I had taken my bowel screening test to which I had told him that I hadn't been more tired and that my screening came back fine. He said he'd refer me but he didn't think it was cancer.

In late April 2017, I had a manual examination which detected polyps in the colon followed by a CT scan and an MRI a few days later. On 4 May 2017 I had a colonoscopy where they took biopsies. Around a week later I met with my consultant who confirmed that I not only have bowel cancer but the CT scan had revealed abnormalities in the kidneys. I was shocked at the news as I wondered why the bowel cancer had not been picked up during screening to which I was told that it could be because the polyps were not bleeding and therefore there was no blood in the stool.

In early June 2017, I had day surgery to take biopsy on my kidneys. I also met with the colorectal team who explained that they did not want to proceed with my bowel cancer surgery until the results of the kidney biopsies were in.

In late June 2017, I went on to meet with the team to discuss my colon surgery. I was met with two options resection of the whole of the colon joining the small intestine to the rectum however this would mean my bowel movements will be more frequent and looser. Therefore I decided on the section option which was a colonoscopy to remove all the polyps if possible with a major but shorter operation to remove the cancerous polyp shortly afterwards. However, in mid-June the colonoscopy was unsuccessful as the first doctor decided the first tumour was cancerous and not safe to be removed by the means of a colonoscopy so a sub total colectomy was booked for 26 July.

I remained in hospital until 11 August after my surgery principally because of problems with my blood levels which required a withdrawal of free fluid from my abdomen to cure. The surgery itself was I believe first class and took some nine hours. I was left with some nerve damage in my right leg as a result of the leg being pressed in one position for some time but this recovered over time. The wounds healed quite well except for a drain wound which did not receive adequate attention during my recovery and took a week of district nurse visits after I was discharged to properly heal. Bowel control was good and no stoma was needed. There was some vascular egress of the cancer into my liver which required further surgery in January but in the meantime I began my six cycles of chemotherapy.

If you have been diagnosed with cancer and read this I want to tell you to never give up.

At the end of September I had a consultation with a consultant about an MRI scan of my liver, the surgery of which I have decided to go privately for. We examined the scan together and he explained how the three tumours have been arrested by the chemo and should shrink by the end of treatment.

In early December 2017, I have my preoperative assessment for my liver surgery and find out that the tumours have shrunk by 30%.

The following year on 6 January 2018, I have my operation however the surgeon was unable to remove all three tumours as one was too near the blood supply so he removed one and arranged for me to have a portal vein embolisation on the 17 January which takes place successfully.

In February 2018, I had a CT scan and meeting with the consultant who explained that the liver embolism procedure went well however he recommended that I wait until March for surgery as by then I would have more growth in my liver.

On 14 March 2018, I had successful surgery on my liver where they are able to remove the tumours cleanly. I recover in hospital for seven nights and I have to say that this recovery was more difficult than the others.

In mid-June 2018, I have my first three monthly check-up which includes a CT of my pelvis, abdomen and chest reveals no cancerous tumours present. However, on my right lung there is some fluid which the doctor advised will naturally disperse.

In early March 2019 a blemish I had on my left shin I find out is a malignant melanoma. I see a private consultant who confirms the rest of the mole will be excised and tested to try to determine how deep it may be. He was pretty confident it is a melanoma that will be relatively easy to treat and the prognosis is very good in terms of complete clearance and longevity. In the afternoon the operation is carried out.

On 20 March 2019, I have a six monthly check-up which indicates that there is a nodule on my right lung and a shadow on my liver. I later find out that the lung nodule is cancerous so a thoracotomy will was needed. The doctor was fairly relaxed about it and did not expect the operation to be a problem.

In May 2019 I finished the melanoma repair and the doctor later confirmed that the procedure resulted in a good clearance around the melanoma.

My lung operation took place as planned on 20 May as scheduled. 1.25 litres of fluid removed the nodule on the lung was dissected which has left me with, overall, a reduction of about one twentieth of my lung capacity. I left hospital after about four days and used paracetamol mainly to control the pain. The scar on my right shoulder/ribs became infected and flucocillin was dispensed for a week to clear it.

On 13 June 2019, pathology lab results indicated a secondary tumour emanating from the colon which was successfully excised. Later on 14 August 2019, I have another successful operation to remove two liver lesions leaving me free of any scans until later in the year.

My latest melanoma check in early 2020 gives me the all clear which makes me now officially cancer free. If you have been diagnosed with cancer and read this I want to tell you to never give up. 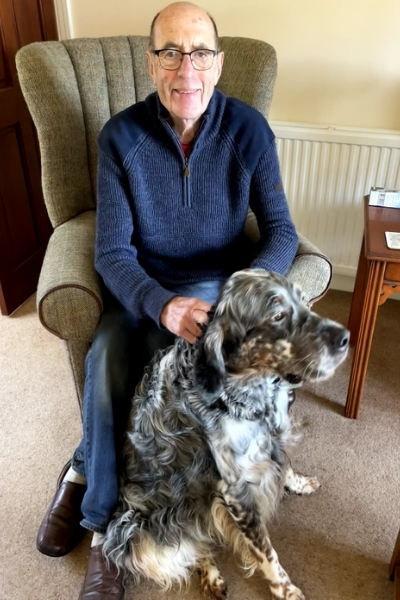 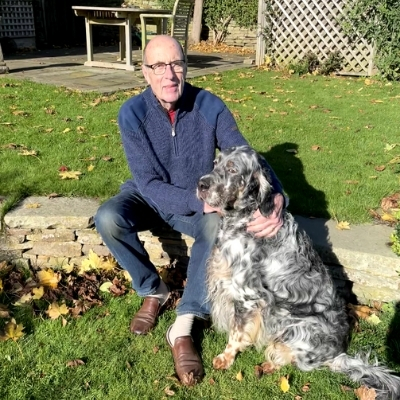