Why Steve's taking part in Decembeard

Steve was diagnosed with stage 4 bowel cancer in May this year aged 62. He's taking part in Decembeard to raise awareness of bowel cancer and raise money for the charity.

My story begins in 2018 when, after many years of stomach issues, I was diagnosed with Colitis. Yes this was a shock but not really surprising given that both my younger brothers had also been diagnosed with this disease many years earlier. I started a course of treatment which included immunosuppressants and all seemed to be going well until towards the end of 2020 when I thought I was having a flare-up.

Due to my age I receive the bowel cancer screening test in the post every two years. This screening coincided with the tail end of my suspected flare-up. I did the test and was informed that my results indicated that I needed to have further investigation by way of a colonoscopy. To be honest, and due to the flare-up, I convinced myself that my Colitis was active again.

However, on 11 May of this year (2021), two days before my wife's 60th birthday, the bottom fell out of my world when I was I was diagnosed with stage 4 bowel cancer. If that wasn't enough of a shock I was also told it had spread to my liver and at that point it wasn't an option to operate. This was a lot of information to take in and my emotions were all over the place. Many questions needed answers but at that point I didn't fully understand what was happening. After meetings with my Consultant Oncologist to answer all my questions and understand what was happening to my body, I started chemotherapy in June, which is still ongoing.

Chemo hasn't been pleasant given that my first treatment plan had to be changed due to a bad reaction to the drugs. My new treatment plan is equally unpleasant but I guess short term suffering for long term benefits is what it's all about, and on the plus side it appears to be working although the side effects are awful.

My advice, for what it's worth, would be to take things one day at a time and take baby steps on your road to living with, and dealing with, a disease that is totally indiscriminate on who it chooses to invade and that there is always help and support available.

Speaking to my Oncology team it became apparent to me that there is a massive amount of research being undertaken by a great number of fantastic cancer charities to find new treatments and cures for this horrible disease. So I decided I wanted to do my bit to raise both awareness of bowel cancer and at the same time raise a bit of money in the hope that a cure can be found to help me and the many other people and families affected by it.

This year across the UK, our supporters are putting their razors away and embracing their facial fuzz. 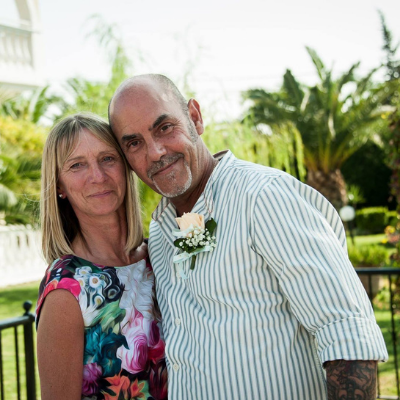 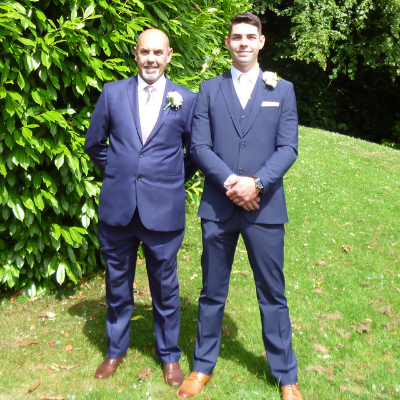