Marilyn's Brew Together for bowel cancer

Marilyn Butler from Lisburn, Co. Antrim is supporting Brew Together this August after having previously been diagnosed with bowel cancer.

In 2011, I remember feeling very fatigued and bloated. Our children had bought my husband and I a wonderful present, a cruise but I couldn't go – I didn't have the energy because I felt so tired. I felt very guilty and disappointed, I knew something wasn't right.

I went to my GP and had some checks done, the doctor told me "you'll live to 104" and wasn't too concerned. I have fibromyalgia and I just thought my symptoms were to do with that and my GP suggested I might have IBS as well. I took an iron supplement to help with the fatigue but over the next few months the symptoms did not go away. I went back to my GP and told him that my father had passed away from bowel cancer and would there be any link, I never really thought of it before. My GP sent me to see a consultant for further tests and he recommended a colonoscopy. Once the date came through for my appointment, I put it off, I felt really embarrassed and didn't want to go through with it. A second and third appointment came and I cancelled them. My brother had a colonoscopy that came back clear so I assumed I would be the same. I still had bloating and at times was in pain leaning forward but thought nothing of it.

One evening in 2012 I was talking with my daughter Gemma and she convinced me that I needed to book another appointment and have a colonoscopy. I rang the next day and the next available appointment was on the 2 January 2013 (it wasn't a popular date so was free). Over Christmas I went on as normal and wasn't worried, I even went to a party on New Year's Eve. On the 2 January 2013 I had the colonoscopy. During the procedure I heard the nurse say "take a photograph for theatre", and I knew then that I had bowel cancer. Afterwards I had my tea and toast and they phoned my husband Robert to come in. It was all a blur after that and my husband was devastated. Once you are told you have a cancer diagnosis, you are not the same person anymore.

I then met with my consultant, had a CT scan and waited a week for the results. I was very relieved when I found out that the tumor had not spread and was still contained within the bowel wall. On the 25 January I was booked in for surgery. Before my surgery I was very frightened, all I wanted to do was to go to my mum and run into her arms but sadly she has passed away. I had a fear of being put to sleep or taking an anesthesia so it was a worrying time for the whole family. My surgeon was absolutely brilliant, he reassured me and all went well. I had keyhole surgery and do not have that big of a scar, I am so grateful to the surgeon and colorectal nurse, they looked after me so well and I can't thank them enough. I was in hospital for five days and didn't need to have any treatment after my surgery, except to go back every three months for a checkup.

I always want to support Bowel Cancer UK to raise awareness and to tell everyone, especially my children, how important early diagnosis is. I was very lucky to be diagnosed at an early stage even though I ignored symptoms and the opportunity of a colonoscopy.

I fundraise for Bowel Cancer UK to give back, I started donating Christmas tree stars instead of buying presents. Then I saw Walk Together and Brew Together advertised and I wanted to take part in both. Taking part in Brew Together is lovely as I get to bring friends and family together and it is also a good opportunity to talk about bowel cancer. We should all be able to talk about it. Cancer, especially bowel cancer, should not be whispered about. I would encourage anyone with symptoms to go to their GP, it is so important to get checked.

I was afraid and embarrassed but I don't want anyone else to be. I thank god every day that I'm alive and in the last seven years I have seen my granddaughter's birth, my daughter get married and have two beautiful great granddaughters.

If you feel inspired by Marilyn then sign up to hold your own Brew Together event and help stop people dying of bowel cancer. 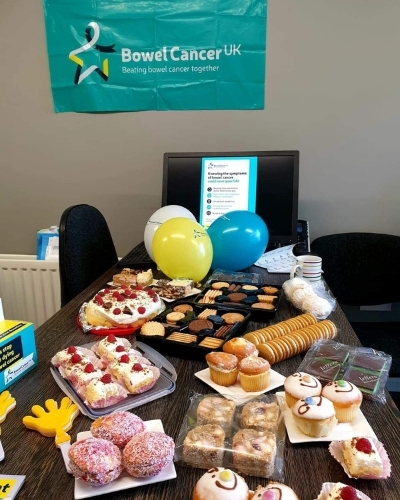 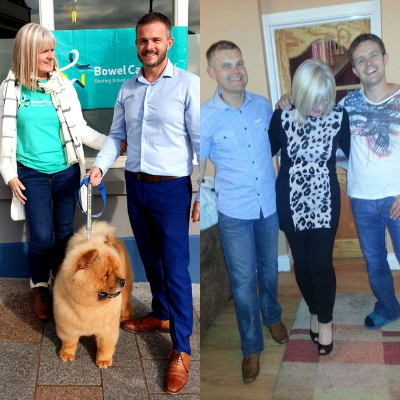 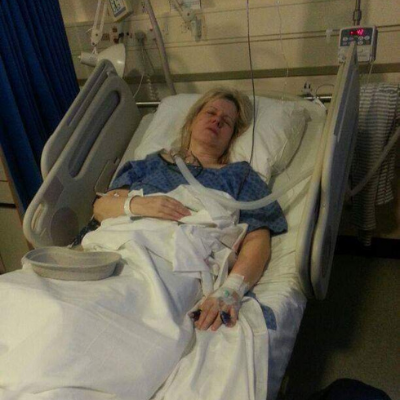 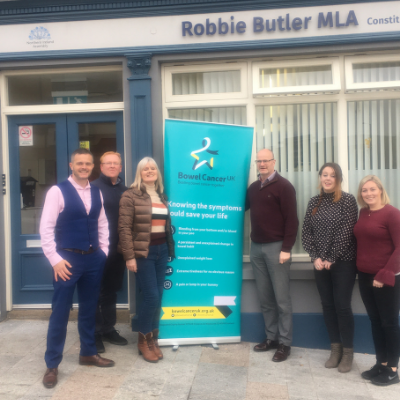