Drag king will be ‘Naruto running’ the Brighton Half Marathon

Max Legroom, a drag king from Brighton, is ‘Naruto running’ the Brighton Half Marathon for the charity to support his mum who was diagnosed with stage 3 bowel cancer in 2019.

It was a shock to us all when our mum was diagnosed with bowel cancer. She ate really well, her meals were home cooked, and she probably only had ‘fast food’ a few times in her life. She also did lots of exercise, to me it was a surprise that someone so healthy could have the disease.

They had found her tumour whilst looking for another condition, the tumour was very small but it had spread to her liver. Over the last year, she’s had chemotherapy and radiotherapy. She’s doing really well and she’s lucky that the treatment has not been too bad. She’s due to have surgery on her liver in the next few weeks.

I’ve done lots of different races to raise money for charity, and I usually run them in costume as it’s more fun.

For the Brighton half marathon, I’m running “Naruto” style, which is a form of running where your arms are extended behind your back. It’s from a Japanese cartoon. I’ll be running it in the orange and black tracksuit, how it is illustrated in the cartoon. I probably won’t do it for the whole of the 13.1 miles, but at key photographic moments.

The spectators love it when you run in costume and it means I get more visibility so I can raise money for the charities who need it. I have been performing as a drag king doing comedy and singing for a few years, and I love a good physical challenge so running in drag to raise money made perfect sense! 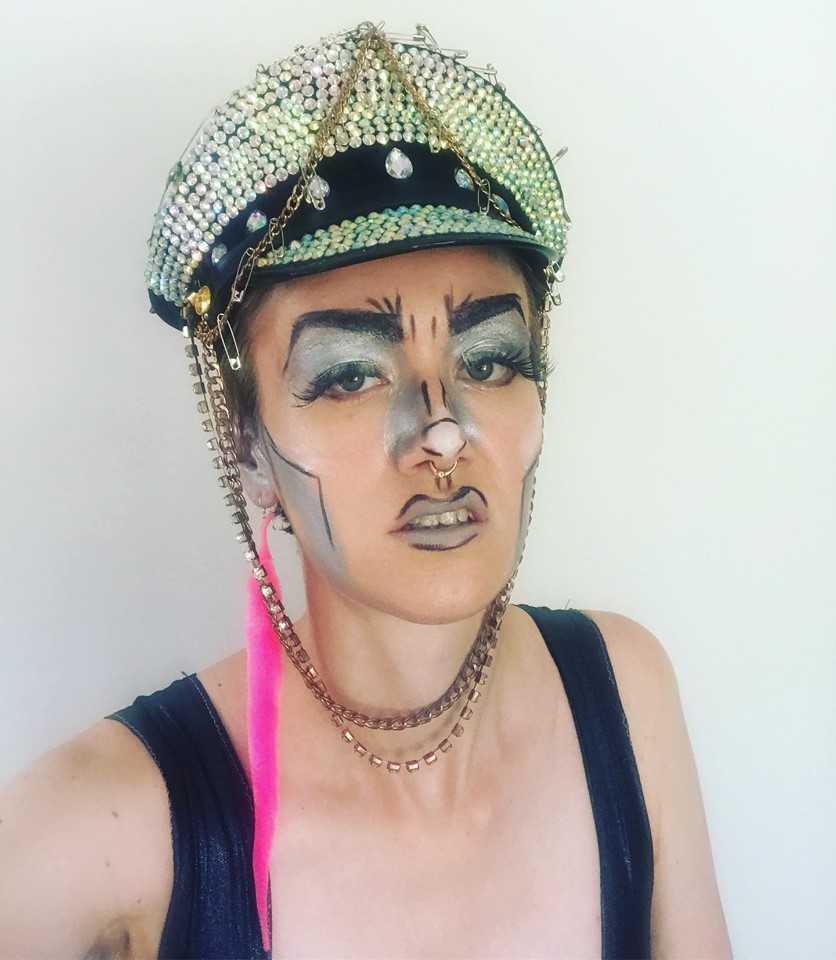