In December 2020 I visited the GP with abdominal pain. I got referred to have an ultrasound which I had on 19 December. This didn't show anything abnormal so the GP diagnosed me with irritable bowel syndrome. After trying some irritable bowel syndrome medication and it not doing anything I went back to the GP and got referred for another ultrasound which I had on 5 March 2021. This again didn't show anything abnormal and I got diagnosed with a urinary tract infection that had travelled back to my liver. I was put on antibiotics. After a week I was feeling a little better but the pain soon returned and I was given another course of antibiotics. All throughout this the only thing that was coming back was that I had very high inflammatory markers.

The pain returned once again and at this point I noticed I was losing a considerable amount of weight (in the space of three months I lost six stone) and had constipation.

On 31 May 2021 I went back to A&E with severe abdominal pain and vomiting. I had a CT scan which showed a small bowel obstruction. They said this was caused by a ruptured appendix and was probably a build-up of puss and stuff. I was treated with IV fluids and had a tube inserted to aspirate my stomach contents. Because the obstruction was pushing everything back up into my stomach I also had a colonoscopy. This showed inflammation but it could not be completed because the obstruction stopped the camera going any further so the doctor had to stop. I returned to the ward and there was no mention of it again. I was discharged two days later on 5 June 2021 with antibiotics and morphine and a diagnosis of a small bowel obstruction.

On 24 June 2021, I am back in A&E once again with severe abdominal pain, vomiting and no bowel obstruction. I hadn't opened my bowels since the day I had the colonoscopy on 3 June. I was put in a ward for five days where they were waiting to get me a slot for a CT scan. In those five days nothing happened, no medication, no fluids just morphine for the pain. I couldn't eat or go to the toilet and I was just left like that. Finally on the morning of 29 June I went for a CT scan which showed the small bowel obstruction had progressed but the mass size had not changed significantly compared with the previous scan. Within an hour of having the scan the surgical team were telling me they had to take me for emergency surgery to remove part of my bowel and appendix. They didn't know whether they would be able to reattach my bowel back together or if I would have an ileostomy. That afternoon I went to the theatre not knowing if I would wake up with a bag or not.

Luckily I didn't. They managed to reconnect my bowel and the surgery went well. Back on the ward recovery was slow and painful. I was told by the surgical team that the mass removed had been sent off for a biopsy but that everything seemed fine and they weren't worried. A few days after surgery I had everything other than the staples removed. The skin however from one popped back open and I had a 10cm deep hole that was leaking. So I had to use an ileostomy to collect it all. Finally on 9 July I was discharged with antibiotics and a plan for district nurses to be coming to me every day to clean and change the dressing.

Back home recovery was slow and I still had the 10cm deep hole which the district nurses decided to pack instead of using the bag to let it dry out. However it leaked constantly for about eight weeks.

On 27 July I had an appointment with the surgical team at the hospital for what I thought was a routine follow up. I walked into the room to see my whole surgical team sat there and one lady I had never seen before. They proceeded to tell me that the results had come back from the biopsy and that it was cancer. It had also spread to the lymph nodes but they had removed them during surgery. A week later I met with my consultant for the first time to discuss next steps. It was discussed that I would have mop up chemotherapy. We talked about me wanting more children and wanting to freeze some eggs however at this point it wasn't advised as we needed to start treatment ASAP as a lot of time had already passed and I'd have a better chance if I chose to start treatment. It would have taken weeks to have the eggs taken and frozen and since I already had an amazing young daughter I decided to go ahead and start treatment three weeks later.

My chemotherapy lasted three months and had many side effects including diarrhoea, vomiting and tingling hands and feet. I got the all clear at the beginning of December 2021. Almost a year on and I'm still in the clear and not doing too bad. I have a lot of issues going to the toilet all the time since having the operation and other than possibly not being able to have any more children I don't have any lasting issues. 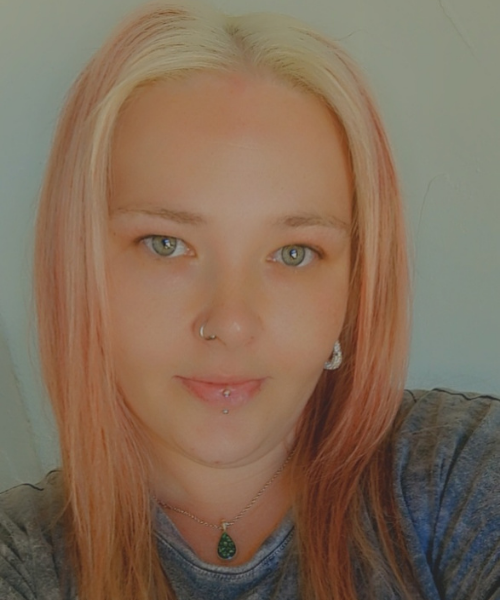 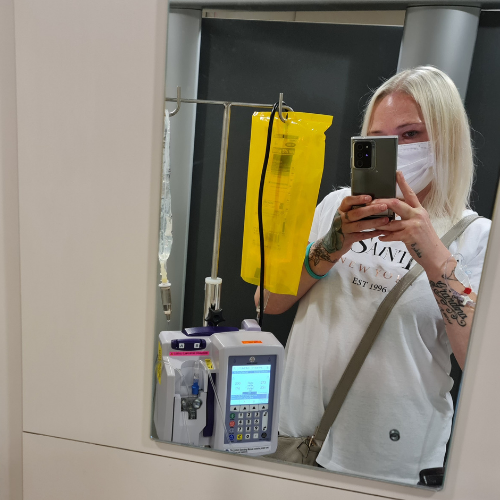