I started to experience tiredness, breathlessness, and insomnia which went on for months, but I put it down to the menopause. At this point my GP practice was not seeing anyone except in emergencies due to the first lockdown. I had spoken on the phone to my GP about hormone replacement therapy and insomnia. However, at this stage no blood tests were taken and hormone replacement therapy was prescribed in May 2020.

In October 2020 I went for blood tests and I was admitted for a short stay in hospital to investigate why my haemoglobin was 54. They transfused me with iron and blood and I had an endoscopy but no scans. The results however came back all clear and I was sent home.

I returned for a colonoscopy on 8 November 2020 where they failed to find my 8cm bowel tumour and I was given a clean bill of health.

Only when my GP sent me for a CT scan late December, did they see why I was so anaemic. I had over 25 tumours in the liver and lymph nodes as well as the primary bowel tumour.

It took a long time to get a biopsy as my second colonoscopy in February 2021 only retrieved inflammation tissue samples. I then had a liver biopsy to confirm my NRAS mutation adenocarcinoma, which is a rare type of bowel cancer.

In 10 February 2021 I underwent the start of eight cycles of Folfoxiri which helped to significantly reduce my tumours. The oncologist said that I had a 9/10 response.

In March I began to experience severe pains. I rang my doctor, who didn't see me, but prescribed Buscopan! Hours later the pain was still bad so I phoned the oncology helpline who called for an ambulance. The next day I was operated on for a blocked bowel. The helpline probably saved my life that day.

While I was undergoing chemotherapy my oncologist refused to let me see or speak to a liver specialist in Birmingham as he said I had too many tumours. It was only when my husband suggested that I access my medical records that I saw I would have been borderline resectable on cycle six! We then directly contacted the liver specialists and asked my GP to push through a referral for me.

I then underwent a resection of multiple liver metastases at the Queen Elizabeth Hospital in Birmingham. It was a nine hour operation with three days in the intensive care unit and 15 days in total due to my lung collapsing. The staff were amazing though and worked a miracle on me as my latest MRI liver scan just shows one, hopefully harmless cyst, is left. I still have fluid in my liver but hopefully this will diminish over time.

I carried on with six cycles of adjuvant chemotherapy of Folfixiri. I managed to get through it all but reduced the Oxaliplatin to 80% as it was causing bad side effects, especially inflammation of the bowel which affected my carcinoembryonic antigen (CEA) levels.

I have had my scan now and I am clear of the disease at this point. The follow up would be blood tests every three months and a scan every six months. I believe my odds have gone from 14 to 40% which is way better than my original diagnosis of four to 34 months left to live, which I was given at the start, as the tumours were deemed inoperable.

My life is unrecognisable. The year was made even more difficult as I lost my Mum to ovarian cancer two weeks after I was discharged from my liver resection in Birmingham.

I also haven't worked since my diagnosis, have had 14 rounds of chemo and two major operations. My employers have been amazing, very patient and communicative. They have said that if I return to work, they will look into maintaining my role but three days per week. My local Severn Hospice have been also really supportive with counselling and complementary therapy sessions on offer. I particularly enjoyed the Indian head massages!

We have shared six family staycation holidays whilst undergoing the treatments this year however we had to fit them in between chemotherapy sessions and district nurses taking pumps off or flushing out my PICC line. There were only a couple of times when it didn't go to plan, if platelets were too low for chemotherapy for example, which changed the dates of the following cycles. However, it's nice to have something to look forward to on the calendar and would recommend this to anyone undergoing treatment.

My 13 year old twins have given the drive throughout this process to fight for the right treatment. The hardest part for me is the thought of not being here for my children, it's heart-breaking, just thinking about it. It has driven me to chase up appointments, access my records and ask an awful lot of questions. If I hadn't I wouldn't be here now as the original chemo was due to end in July. 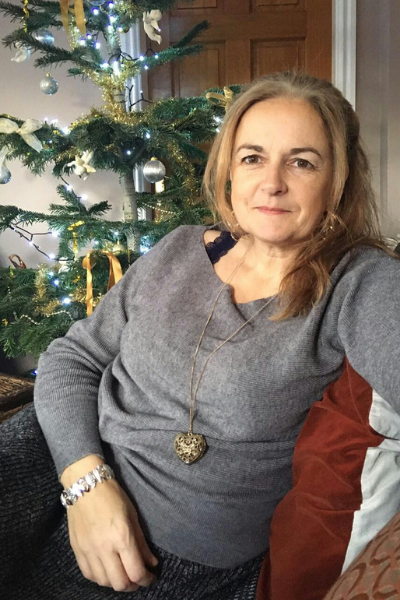 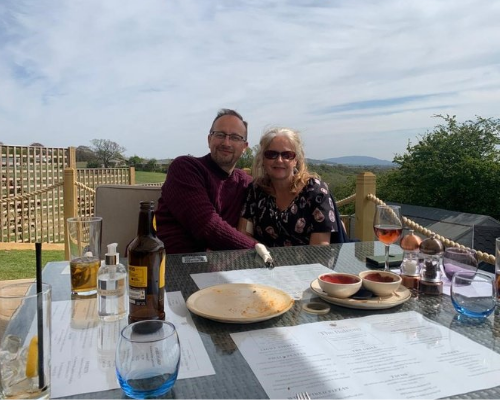 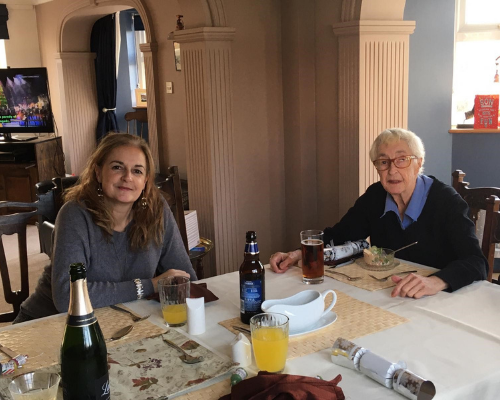