Your celebration can help us to save lives and improve the quality of life of everyone affected by bowel cancer.

Are you turning 21 again or do you have an anniversary to celebrate? Make your occasion something special by setting up a Facebook fundraiser and asking your friends and family to mark the day with a donation to us.

You can still celebrate with us even if you don't have a Facebook account. You can either set up an online fundraising page with JustGiving or ask people to make a donation via our website.

Or you could celebrate by holding an event. We've got ideas for virtual tea parties and quiz nights on our website.

Our celebration favours are a perfect addition to your event, whether you're celebrating your wedding, a special birthday or having a party. They're a lovely way to show your guests you're supporting us whilst raising awareness. 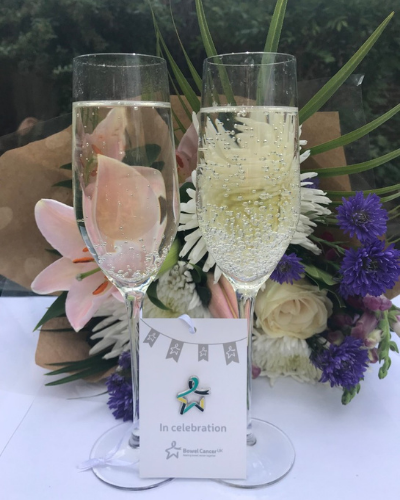 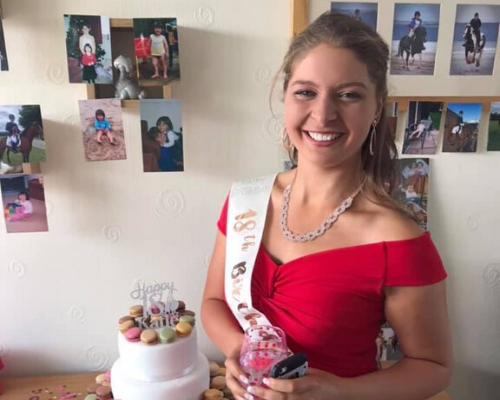 Be inspired by Katie

Katie celebrated her 18th birthday with Bowel Cancer UK by setting up a Facebook fundraiser and raised over £650 in memory of her Grandad.

"I chose to fundraise for Bowel Cancer UK because my Grandad was diagnosed with terminal bowel cancer on 9 September 2018, two weeks before my birthday. Just under two months later he passed away on 1 December. I knew I wanted to do something in his memory for my 18th birthday the following year, but being away from home left me with very little time to plan, so I began a Facebook fundraiser! I was blown away by all the donations – I had an 18th birthday in true memory of him. It was so easy and completely safe to do. It was incredibly warming and lovely to see the donations go to a charity close to my heart and to help others with this horrific disease. It's been the beginning of my fundraising bug and I hope to begin a bigger mission to raise even more money soon!"