Evie and Ida sleep out to raise over £1,000 to support their daddy

Evie (aged 7) and Ida (aged 4) have challenged themselves to sleep on their bedroom floor for as many nights as possible. Evie came up with this idea to raise money because their daddy James had bowel cancer. Evie and Ida’s mum Hannah shares their story.

To set the scene, James is 38 years old, fit, active, goes to the gym three times a week and is super conscious of looking after his health.

Towards the end of 2018, James had visited the doctor after a couple of episodes where he had passed blood with his stool. It only happened once or twice, but James went to the doctor because my mum had been diagnosed with bowel cancer when Evie was first born. Thankfully, mum has since had her five years all clear result a couple of years ago. The doctor suspected that it was nothing to worry about, but as a precaution referred him for a flexible sigmoidoscopy. At this appointment (in March 2019) the consultant found what he suspected to be a tumour. Within two weeks, after a full colonoscopy, MRI and CT scan it was confirmed that James had stage 3 bowel cancer. It was fairly aggressive, quite large, was in the lymph nodes and had a blood supply.

Our approach as a family has always been to default to humour and tackle whatever is thrown at us head on - and that's what we did. We named the tumour Turner (my mum's had been called Tina) and we all rallied together to get through what lay ahead. At the time, our children were three and six so really young. The youngest, Ida, didn't really understand and took it all in her stride, but our eldest, Evie, took it really hard - blamed herself, wished she was poorly and not her daddy and was very withdrawn. It is tough as parents to see your child sad and not be able to just make everything OK. That has probably been the hardest bit of this whole experience.

The size of the tumour meant margins were tight for surgery and as it had a blood supply, our oncologist opted to go for a 12 week course of chemo. This is designed to shrink the tumour and hopefully wipe out any cancer cells that may be on the move through the blood. This all seemed to work, the tumour shrunk by over 50% and we were able to proceed with an operation to remove what was left of the tumour. In August 2019, James had a laparoscopic lower anterior bowel resection and was left with an ileostomy. Post-surgery he had some complications and stayed in hospital for a couple of weeks and once out of hospital, he suffered from a series of bowel infections. But it looked like we were on the road to recovery, and in September we were told that the operation had been a success and he needed no further treatment. We were over the moon - and the fog that had been over Evie began to lift.

After getting the 'all clear', James agreed to be part of a national aspirin trial to see if taking a daily aspirin reduced the chance of bowel cancer recurrence. As part of the trial, James had regular blood tests and at one of these blood tests they noticed that his CEA levels (cancer-marker) was elevated. Just a few months after getting the 'all clear' we found out that the cancer was back, in his liver (so stage 4) and also potentially his lungs - they had found a couple of very small nodes, and they were too small to tell if they are cancerous or not.

In February, James had a liver resection to remove the tumour - which was a success; the operation went well, he was up walking around the next day and ready for discharge three days afterwards.  As for the lungs, we are waiting for a CT scan to see if these are anything to worry about or not. Only time will tell.

The last four months, since finding out about the return of the cancer has been tough - both the girls have found it difficult in different ways. Evie is quite angry that it has come back, and it's hard to not be able to tell her if and when this will all be over. And I think it is this lack of 'control' that it is the hardest for her.

So we were beyond proud when she came to me and James and said that she wanted to raise money for Bowel Cancer UK. Being in lock down due to coronavirus meant that there aren't many options, so she challenged herself and her sister to sleep on their bedroom floors for as many nights as possible to raise money - and they are smashing it on their Just Giving page. In two days they have raised more than £1,500. I think this was Evie's way of regaining some control of the situation and showing cancer that it can't mess with us.

And while to some, this story may seem unlucky, James isn't on paper in the typical at risk group for bowel cancer (but then we all know this horrible disease doesn't discriminate) we have been incredibly lucky. We have the most amazing doctors, surgeons and specialist nurses at the Royal Cornwall Hospital and at the Candover Clinic/Suite in Basingstoke - who are always doing their very best for not just James, but all of us as a family. And if James hadn't opted to try for the aspirin trial, we may not have found out about the cancer returning for several months. Plus, and it may sound clichéd, we have the most fantastic family, friends, employers, local community and the girls' school who have been by our side throughout everything - and the fact that Evie and Ida have raised so much money is testament to this. They are our very own #TeamBowelCancer.

Hannah was interviewed on BBC Radio Cornwall, their local radio station, about their story. You should be able to listen again here. The story begins at around 3hours 50mins in.

If you have been inspired by Evie and Ida then have a look at our virtual at home fundraising events, or come up with your own challenge, we would love to hear from you so get in touch 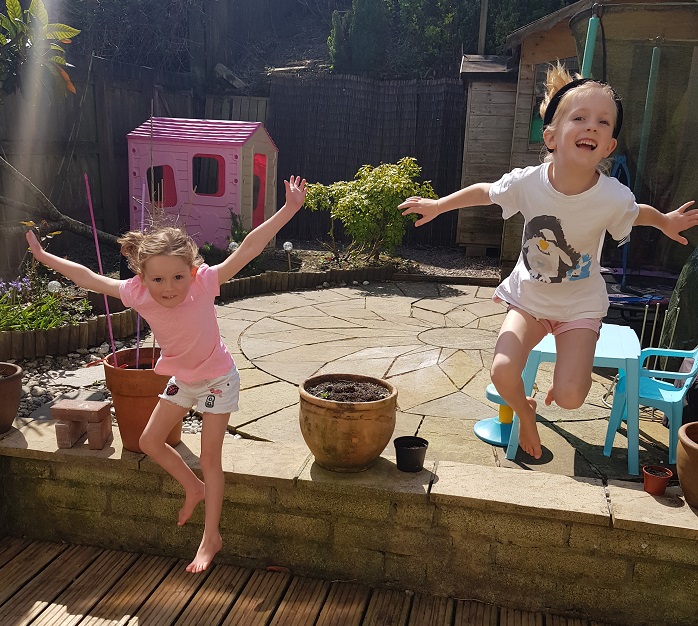 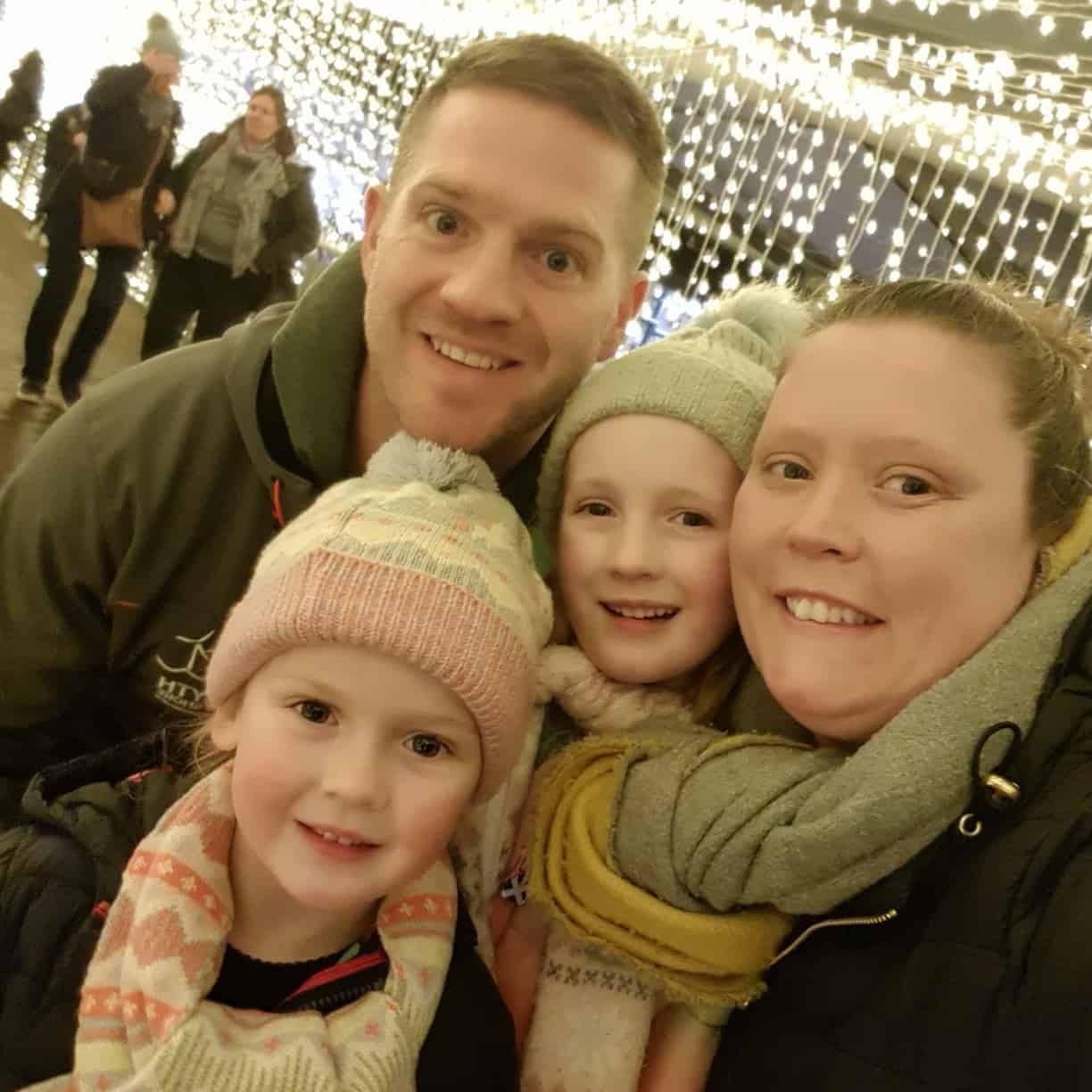 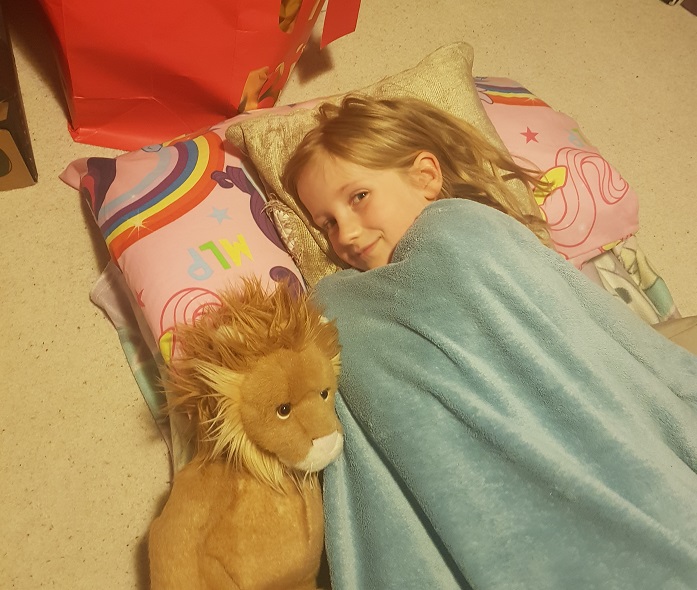 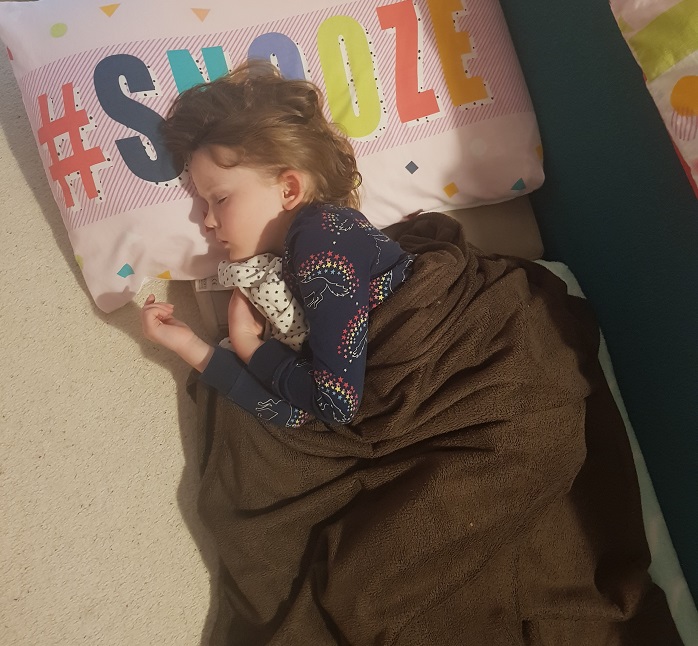