At the start of 2018, my dad passed away from bowel cancer and, as I had experienced changes in my bowel habits for a while, I thought it was worth getting checked out. While I had a couple of minor tests, there was no indication of anything serious, so I carried on with life. An irritable bowel continued and in summer 2019 I returned to my doctors and saw a different GP, but as I was otherwise fit and healthy, he thought it was piles and sent me home with some cream.

In November 2019 I started to experience dagger like pains and sensations in my left abdomen area. It would stop me in my tracks. Sometimes it happened during a meeting and I would have real trouble disguising it from my colleagues. I knew something was wrong so back I went and saw a third different GP. I persuaded him to refer me to see a specialist.

In early December 2019 I met a consultant who listened to my symptoms and thought it would be wise to test extensively to cover all possibilities. So I had bloods, stool and a CT scan with a colonoscopy and endoscopy to follow. I got the blood test results back quite quickly and they were all normal, so I was feeling confident when I went in for my camera procedures that it would be all fine. Sadly the consultant told me that the scan had identified a sizeable tumor and she expected the colonoscopy to reveal it was cancer. The tumour was so big they couldn't get the scope past it, but the cancer was confirmed. That was on December 12th and the next day I was back in for more scans to see if it had spread.

After an anxious six days or so I heard that it hadn't, but I was diagnosed with stage 3 bowel cancer aged 39. It was actually two weeks before my 40th, so a dream family holiday of Christmas and my birthday in New York was cancelled as surgery was swiftly planned.

That took place in early January at Kingston Hospital. I was warned that I could have a stoma, but luckily, I managed to avoid that though open surgery has left me with a pretty sizeable scar! I stayed in hospital for a week and about two weeks after, we got the report from the surgery – it had spread to 16 lymph nodes, so it meant that I needed chemotherapy. I was referred to the Royal Marsden and my chemo regime was scheduled to start in early March.

In this period, I made a concerted effort to regain some fitness, to get back out doing sport with my boys, and achieved a goal of being back running five miles regularly before chemo began. The first cycle started a week before lockdown but my treatment wasn't affected.

I was given high doses of capecitabine and oxaliplatin. While this meant no hair loss, the latter makes you extremely sensitive to the cold, to the point where you can't open a fridge or handle cutlery for the first few days. Overall chemo makes you feel pretty rough and the sickness accumulates with every cycle, but I wanted to exercise throughout treatment and I was out jogging on Day 3 (albeit ridiculously well wrapped up). I was determined to carry on exercising, to help me overcome this and for the mental health benefits.

Initially however, such activity left me with a really tight chest. I put it down to the cold sensitivity, but it persisted when I exercised indoors. Around a week into treatment a gentle walk made me feel like I might have a heart attack. After a chat with the Marsden, they told me to get to A&E. Following tests, doctors believed I was having a rare reaction to capecitabine and I had to stop taking it for a short period. To confirm this, in the following days I had to get my heart checked out and I ended up in some rather swanky place in Harley Street given most hospitals were now dealing with Covid. From here, it was deemed the side effect was angina and now more drugs were added to the mix to counteract this.

Having chemo with Covid sweeping in meant I was classed as vulnerable. I can't deny I was very worried about catching it (despite shielding) and the risks that would pose, and I spoke to my oncologist about the prospect of delaying treatment until things were more normal. However, it was in my best interest to carry on as the risk of the cancer spreading was too high.

So on we went. I say we because this had a huge impact on my wife and two young boys. But we kept going as best we could with home schooling, working, recovering, hospital visits, and keeping as active as possible. The garage was converted into a gym and Ethan (my eldest) and I would spend hours playing football and cricket in the garden. Although it was the most testing of times in a lot of ways, it was quite special to spend so much time together playing sport.

One of my highlights of lockdown was taking part in the 2.6 Challenge for Bowel Cancer UK. Me, my family and friends raised nearly £6,500 for the charity by taking on various challenges. I ran 2.6 miles on day 3 of my second chemo cycle and I got mates across the country and in Australia, Spain, Vietnam and Thailand involved. It gave me a huge boost with people I'd not seen in years getting in touch on the back of it to wish me well and/or donating.

I finished chemo in June and post treatment scans in August revealed it had done its job and there was no further treatment. In September, I had a colonoscopy which also showed nothing untoward. I was classed as being clear of disease and I felt lighter instantly. I'll continue to be monitored regularly over the next four years – my next scans are in January – but I'm hopeful for more and ongoing positive news.

I was lucky in some ways that it was diagnosed before it had got worse. While I'm frustrated by the initial GP visits, I've not reflected on it that much, instead stayed positive with the intention of overcoming it. Exercise played a big part (and will continue to do so) and I also vowed not to get bogged down with having cancer. I stayed away from Googling about symptoms and others' experiences, but instead finding inspirational stories from those with cancer that I could draw from.

I kept a close eye on Angus MacDonald's story. Upon diagnosis and in a state of shock, I couldn't comprehend that I could get cancer given I young(ish), fit and healthy. Knowing that a younger, professional athlete could also be going through this made it more believable.

I am now back working full-time, enjoying life again, and looking forward to some big family holidays in 2021. Of course, this wouldn't have been possible without the outstanding treatment I received from staff at the Marsden and Kingston Hospital and I'm fortunate to be under the care of a great surgeon and oncologist. 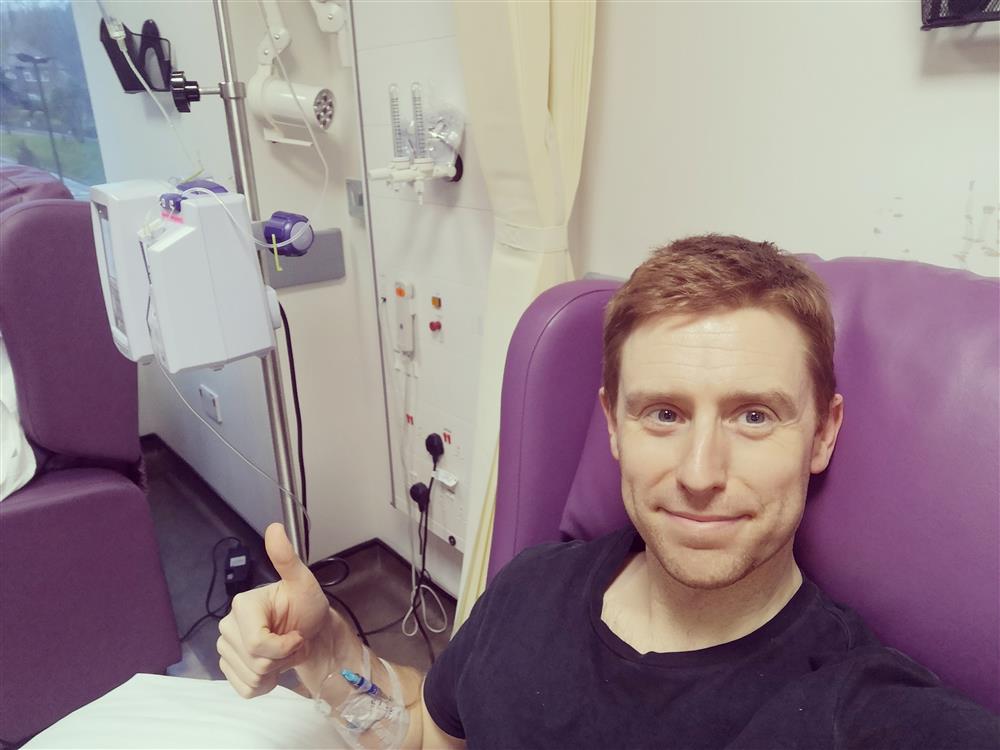 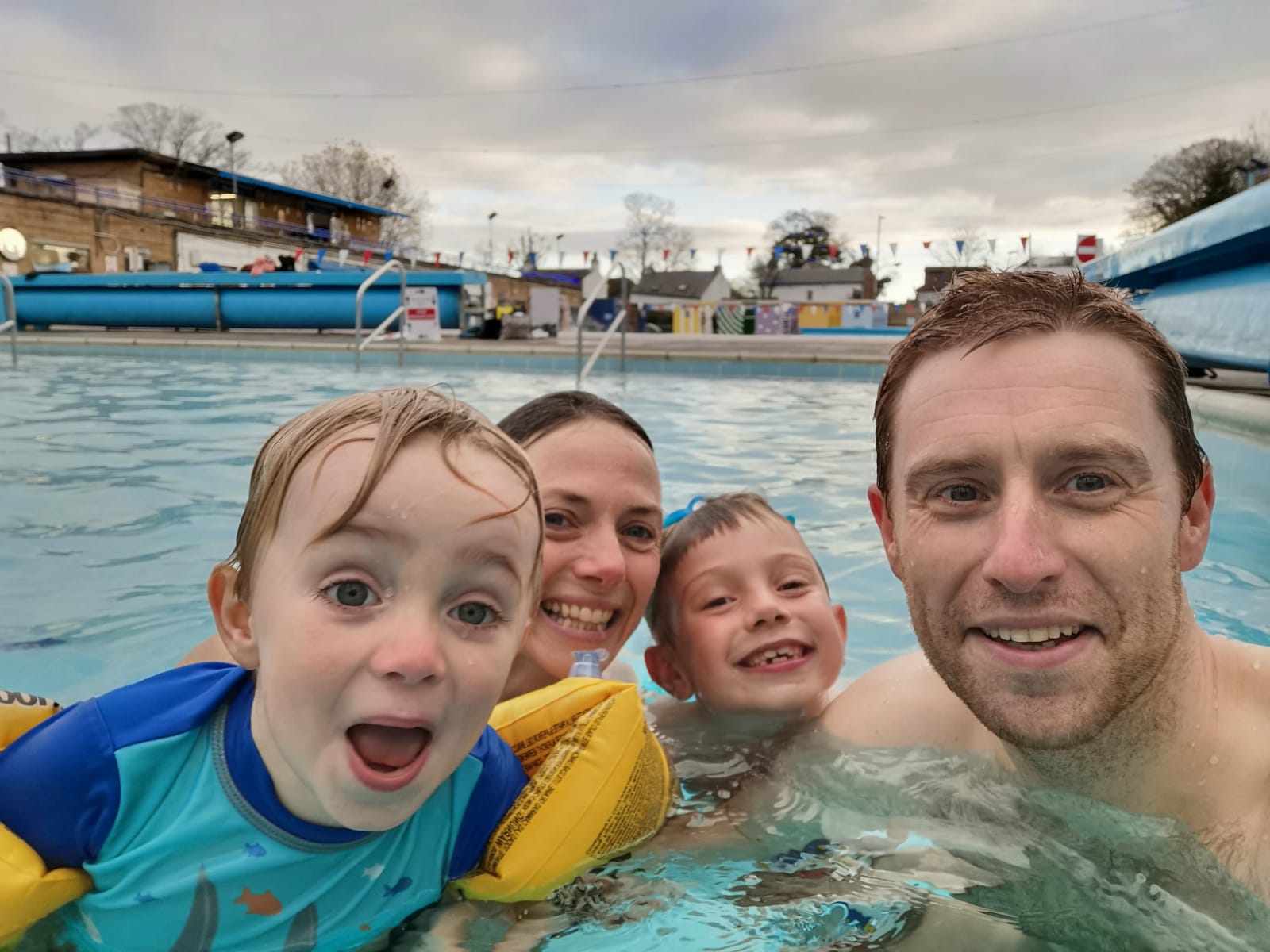