My perspective as a wife

Charlotte White, from Llanelli gives her perspective as a wife of someone living with bowel cancer.

Cancer is something that you don’t really think about until it impacts you. Why would you? Growing up I remember thinking that it’s an illness that only old people get and can make you poorly or even making you become a star in the sky before your time. Oh, and if you had medicine for cancer, it made you really ill and would make your hair fall out.

I used to believe cancer was like a big black cloud following you around, being told you have cancer means you will never get better, or it takes your life.

It’s funny what you believe when you’re growing up, but then there was nothing to tell me anything different. Cancer is not spoken about enough, it’s like it’s a banned word.

But 2017 was the year I found out the truth about cancer and just how that big black cloud is there but it’s not what I grew up believing. Cancer has no preferences, young, old, fit or healthy, if it wants you it will have you.

My hubby had been poorly for a while, well not necessarily poorly, but not himself and that was only what I was seeing. It soon became apparent that he had been keeping things from me for some time and this would become the norm in the upcoming months. I had seen that he was going to the toilet more often than usual and seen that he was becoming more tired but put that down to the more frequent toilet visits. I was later to find out that when he was passing stools there was blood.

After several visits to the doctor being told to ‘try this, because it could be this’, he was finally referred to the hospital to see someone who specialises in my husband’s concerns, which led to tests including a colonoscopy. I remember the evening of the colonoscopy; I had not asked him how he had got on. He had been sedated so was not too good and I assumed they would not find anything but if they did, they would not tell him. Wrong!!! His words are still so clear five years on; ‘They found something during the colonoscopy, they have done biopsies and sent them to be checked.’ He showed me the paper they had given him explaining about the procedure, what they found and what they were testing for. The first word my eyes were drawn to was cancer!

The wait felt like years, but was only a couple of weeks until the diagnosis came! My husband was told in a room with only a stoma nurse and a consultant that he had colon cancer. He was handed a booklet or two and was sent on his way. Sympathy… what sympathy?

In the kitchen standing side by side, my husband opens his mouth and the words no wife wants to hear leave his mouth.  ‘I have cancer!’ For a split second my heart is broken but at the same time I’m so angry I punch the kitchen worktop! Pulling myself together quickly we discuss the children, they’re upstairs and can probably sense something is not right…should or even when do we tell them? Whilst they gather in the living room, I walk in on Roger crying into his hands!  Holding him tight telling him it will be ok. Minutes later I’m holding my children tight and telling them daddy has cancer but it’s going to be ok.

At that moment I had no idea what was facing us, but I had to be strong and there for my kids and husband.

The following months consisted of many appointments and procedures with an operation to remove the tumour. During the upcoming months I was about to learn the true meaning of the definition of lonely. I attended the appointments as much as I could but always left feeling ignored by the professional, as well as my head spinning from the medical talk, and this went on until the end. Throughout the cancer journey Roger had so much support it was amazing, professionals and friends and family and his work. Often being asked what he wanted but he always said ‘I don’t know’. We both felt the same, we had no idea what we wanted or needed at the time. This cancer stuff was all new to us so after scaring ourselves so much on Google, talking to those who had experienced it for real meant so much. They just got it! They spoke to both me and Roger as this diagnosis did not just impact him, it also impacted me and our children. They did not ask questions like ‘how did you get it?’ Or ‘stay positive it will be ok’. They made a point to ask how I was and gave suggestions on how to talk to the children about it. They had normal conversations about what was going on in the world and had the laugh that was needed.

Chemotherapy was harder, much harder than the tumour removal operation. Walking into the appointment anxious, walking out feeling ignored, heads spinning and filled with fear and staring at two pieces of paper with information of the types of chemotherapy that Roger could choose from. The little support that we both received at the start was hard. The first cycle was horrible, we were told the side effects, but wow they were scary. Neuropathy in the hands, the feeling of coldness in the throat drinking cold drinks or even the cold air touching your throat making you think you could not breathe and the burning feeling as the chemotherapy passes through the veins. The fear the first night watching him have a panic attack was scary. The following cycles where not easy by any stretch, but the nurse that Roger had was lovely, she explained what she was doing and showed sympathy to Roger and myself, making the time whilst Roger was attached to the IV more bearable even with the emotions chucked in. She explained things to me, including when Roger became overwhelmed and needed time on his own to gather himself. Having someone that understands makes it so much easier to bear.

‘No sign of disease’… words I had heard before but never truly appreciated until I heard them in a check-up appointment. I had never felt so grateful in my life, even five years on. We’ve just got to get through another operation to reverse the ileostomy and this cancer journey has come to an end.

Cancer is a journey no one wants to travel, unfortunately it’s one I have travelled with my husband and children thanks to Roger’s bowel cancer diagnosis. We had never travelled the journey before and I sure don’t want to travel it again. It was a lonely, emotional and challenging time. For family members feeling scared to talk to me, don’t be scared, I’m still human and normality is good. Treatment for cancer impacts your mobility, making it impossible to play dad’s taxi, meaning it falls to mum. People offered to help out on football nights, which was great, but what would have been even better is all my children having a treat together, someone sitting with hubby and this mummy having some much-needed time for her. A cancer journey brings many appointments bringing a heap of medical terms and words, if only there was someone that was able to answer our questions or even to just sit and listen to us to then tell us what we are feeling is normal.

Mental health is probably the most important thing in this journey but the least spoken about. Emotions throughout the journey are high and low, living the unknown and going from one day to the next with fear, and appointment to operation to chemotherapy to no sign of disease. You’re OK one minute and then you have tears falling down your face or you have become angry for no reason snapping at the person next to you. Then you hear those words and the regular appointments become fewer and fewer before they are gone, but the emotion is still there. No one tells you how hard the emotions are during this journey or the long-term side effects mental as well as physical for all involved. Sharing my journey and reaching out to others has helped me, but nothing prepared me or my husband how the come down would hit him in such a big way at the end. I wish he was able to open up more during the journey. Having a safe place like a forum or someone that can refer you or that listening ear can help so much.

Five years on and its tough at times but I will be forever grateful. 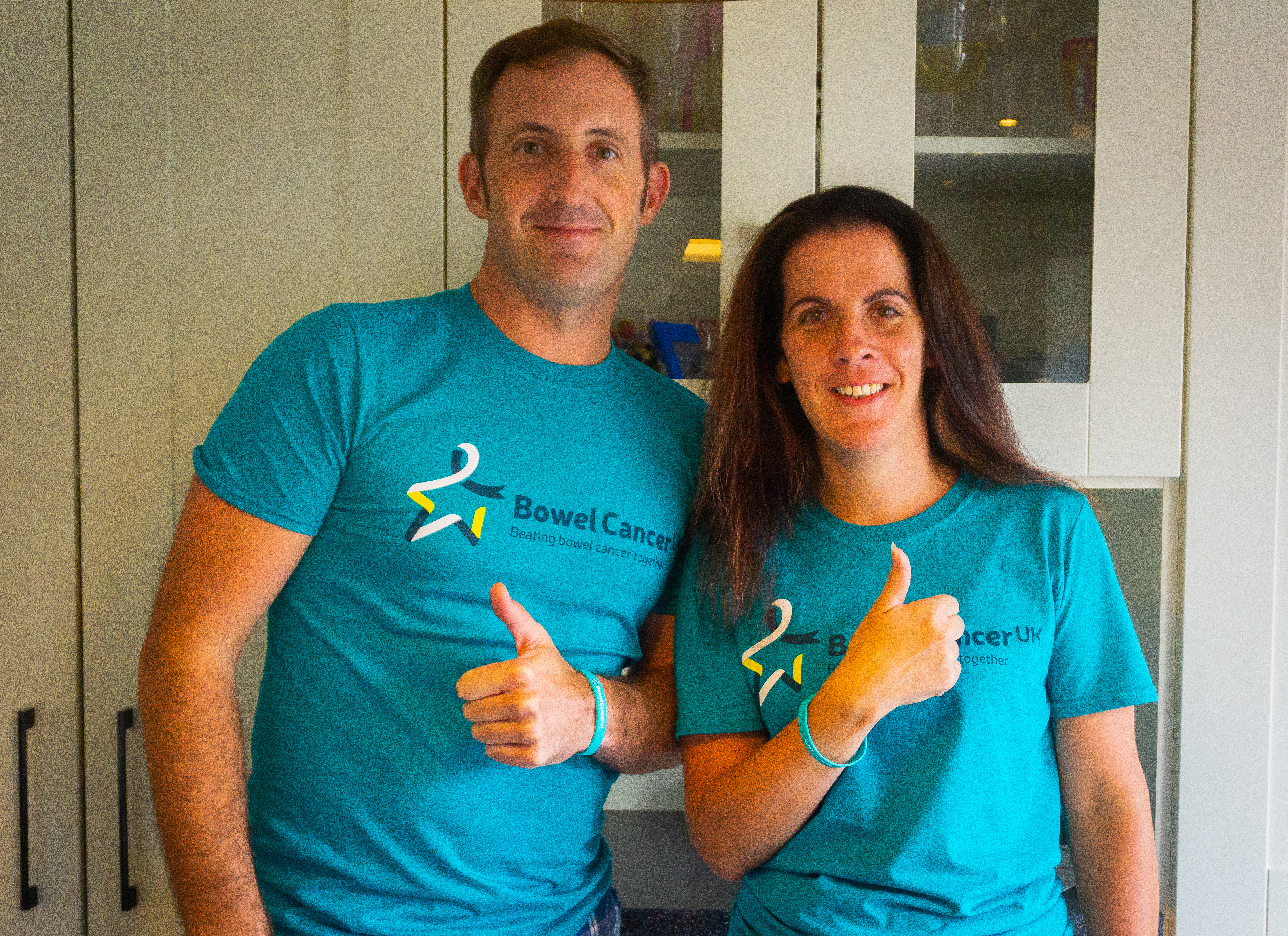